The Young and The Restless Spoilers: Did Adam Kill A.J. – Victor Covering For His Son? 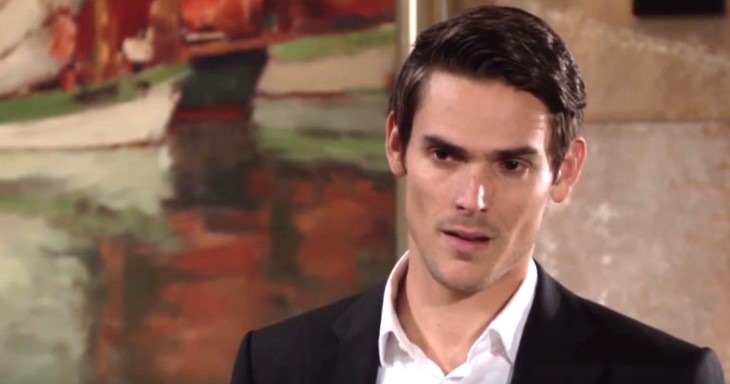 The Young and the Restless spoilers are rife with innuendo that Adam Newman (Mark Grossman) killed A.J. and Victor Newman is covering for him. Could it be possible that Adam killed A.J., blanked out, and a guilt-ridden Victor covered the whole thing up?

It’s a definite possibility as we know that Victor would do anything for his family, especially Adam at one time.

That was before Adam came gunning for him, but while Adam was young Victor had reason to want to protect him.

In their never-ending saga of gotcha, Adam and Victor are at odds, maybe war is a better word. Adam wanted the temp Neman Enterprises CEO job, but it went to Nick Newman (Joshua Morrow) instead.

Vowing revenge the likes of which Victor’s never seen, Adam and Chelsea Lawson (Melissa Claire Egan) retreated to Kansas to plot away in peace and quiet.

Instead, they got a visitor who may have dropped a golden bombshell against Victor and his past.

Long story short, Adam thinks that long, long ago, Victor was involved in some shady dealings in Kansas. Adam learned that his friend Alyssa Montalvo (Maria DiDomenico) is now a crime reporter and they reminisced about her dad, A.J. the loan shark’s, death.

Apparently, he took a spill in a barn, and it was recorded as an accident. Ironically, Adam’s maybe-shady step-dad Cliff also met a sad demise, the victim of a drunk driver. Could these deaths be related

The Young and Restless  Spoilers – Will the truth come out and how will it affect the Newman’s?

After some sleuthing, Adam and Chelsea think that Cliff owed A.J. money, A.J. arranged to have him killed, and when Victor found out he killed A.J. It’s not as crazy as it sounds.

After Adam confronts Victor, Victor took out some old clippings on the deaths from his safe, so apparently these deaths have some meaning for him.

But what if Adam is dead wrong about the nature of Victor’s involvement?

This is all just speculation at this point, but what if Adam was the one who killed A.J. and later blanked out the whole sordid situation? In that case, Victor may have come upon the crime scene and made the whole thing appear to be an accident.

What do you think fans, is Adam the real killer, and he’s way, way off base accusing Victor?