The Young and the Restless Spoilers: Mariah Tries To Face Life Without Tessa 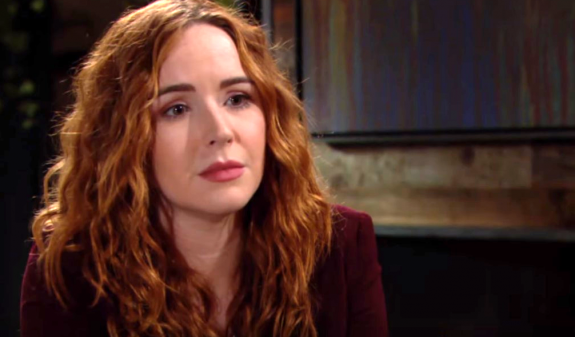 Viewers of The Young and The Restless will recall that Mariah basically dumped her relationship with Tessa into a dumpster and lit in on fire, as she put it similarly to her mother, Sharon Newman (Sharon Case) in a recent episode.

First, she was jealous when she found out Tessa had been previously married, to Tanner Watts (Chase Coleman) and upset that Tessa hadn’t told her about it when they first got to know each other – but Tessa didn’t feel like it had been important, given that it was over years ago. Mariah finally adjusted herself to encourage her to go on the road with her ex-husband since he is a very famous rock star and Mariah knew that Tessa’s career would take off with being his opening act on the tour.

But then, as the tour went on, Tessa didn’t call Mariah as often as usual, and Mariah worried – the jealousy over Tanner came to the surface again, and when she tried to call her and got Tanner answering Tessa’s phone, it got even worse – even though Tessa called her back with a video call.

Tanner had said Tessa was in the shower, and then there he was shirtless beside Tessa on the video call and Mariah’s mind went to the worst-case scenario, and when Tessa rushed home to calm her down, she found Mariah cheating – or just finished cheating – with Lindsay the bartender (Kirby Bliss Blanton)!

Mariah asked Tessa for forgiveness in front of an audience cheering them on, and Tessa fled the stage! Tessa looks out for herself first, to protect her own heart, and she is going to have a very difficult time ever trusting Mariah again, even though Mariah tells her she will spend the rest of her life trying to get Tessa to forgive her! So Mariah is trying to learn to accept that she may never be with Tessa again – and she knows she has no one to blame except herself.