Days of Our Lives Spoilers: Maggie Goes To Prison – Is This The End For Suzanne Rogers? 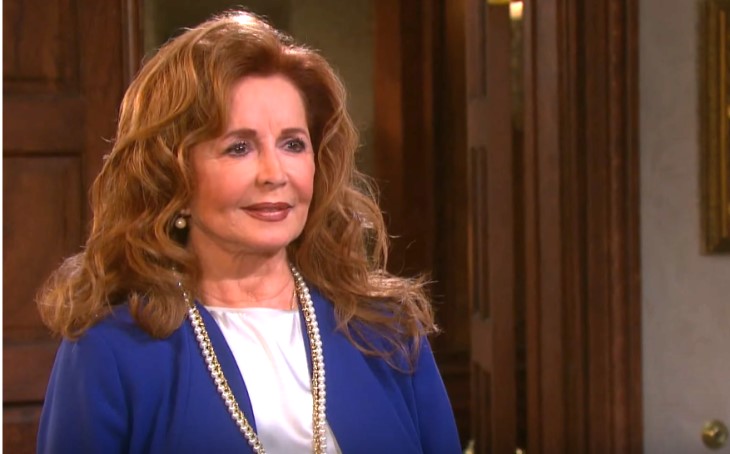 Days of our Lives spoilers show that this week it’s revolving prison door time for Ben Weston (Robert Scott Wilson) and Maggie Kiriakis (Suzanne Rogers). While Ben was framed for a murder he didn’t commit, it looks like Maggie is about to do time for something that may or may not have been her fault.

However the evidence sorts out in the end, will Maggie be able to survive long behind bars, or should fans prepare to say goodbye to the character they’ve admired for so long?

Days of Our Lives Weekly Spoilers March 23 to 27; Gabi Attacks Abigail With a Bottle – Ben and Ciara’s Hot Clean Up

Just as Maggie is sent away, Ben Weston is freed. He never should have been locked up in the first place, but in the end, his maniacal girlfriend Ciara (Victoria Konefal) managed to prove his innocence. Still, it is troubling that the system dragged their feet in releasing him!

Now that Ben has his freedom back, he will have Victor Kiriakis (John Aniston) to contend with, something that Maggie would surely love to have back as a problem.

Maybe Ben can prove Maggie’s innocence and thus win Victor over to his side?

Meanwhile, poor Mags has no choice but to serve a hard time. Victor tried to cover up her crime but the honest lady insisted on ‘fessing up once she realized that Will Horton (Chandler Massey) was wrongly taking her place.

Maggie realized that the way she remembered the events surrounding Adrienne Kiriakis’ (Judi Evans) death was a bit blurred. In the end, she believed that she was responsible, not Will. Many fans think that there has to be another explanation, otherwise, Maggie will surely languish in jail.

There are all sorts of rumors being speculated to exonerate Maggie, but will any of them come to fruition?

Days of Our Lives Spoilers: Sonny and Will Visit Adrienne’s Grave – Hope Has Nightmares About Princess Gina https://t.co/1zAuXXTbLF pic.twitter.com/lYEZE0PVgB

Days of our Lives Spoilers – What’s next for Maggie Kiriakis?

For now it looks like there is no sidestepping Maggie’s appointment with an orange jumpsuit. Does this mean that the character is being written off the show?

We have barely seen Victor over the last few months, so if TPTB wants to shift the attention away from this couple, having Maggie be away in prison is as good a way as any to limit their airtime.

What do you think fans, has the time come for Maggie to exit Salem? Will the character no longer be seen, and leave the show after she goes to jail? Let us know what you think!