General Hospital Spoilers: Are Portia and Stella Hiding a Secret? 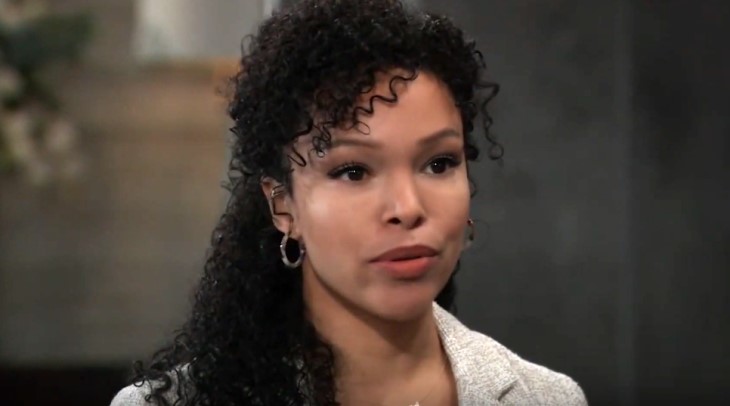 General Hospital (GH) spoilers tease that Portia Robinson (Brooke Kerr) and Stella Henry (Vernee Watson) could very well be keeping a secret! Although they haven’t been seen together since Portia came to town, events from last year could very well indicate a connection no one knows about… yet. There is still the matter of the DNA test kits that Stella and Trina both took, and both had a match!

As viewers know, last year Stella submitted her DNA to an ancestry site. It indicated she had a blood relative in Port Charles. Neither Curtis Ashford (Donnell Turner) nor TJ Ashford (Tahj Bellow) had submitted their DNA, so the relative was someone Stella didn’t know. It also indicated that the relative was a fairly close relation. Stella waffled back and forth about connecting to this person, before finally telling her family she did contact the relative.

GH Spoilers – But the mystery deepens

Stella told her family that the relative was a distant cousin who lived in Europe. Almost immediately, Stella left for Europe to go traveling with this newfound “cousin”. Stella’s family found it odd that Stella would just go off with a complete stranger, cousin or not. In addition, the DNA test indicated a much closer relation than “cousin”. But Stella went on the trip months ago and has returned only sporadically. When Curtis offered to come to visit her, Stella did her best to convince Curtis that is wasn’t a good idea? So what exactly is Stella hiding?

Viewers will also remember that Trina also took one of those tests and found a match. She said she didn’t meet with the match, but perhaps her mother did. Perhaps Stella and Portia met secretly. Portia might have intercepted Ste3lla’s invitation to meet in order to keep Curtis from finding out he is a DNA match for Trina!

General Hospital Spoilers: Sonny Knows Jordan’s A Dirty Cop – Will He Save Jordan or Crucify Her? https://t.co/LGJMRrF4N1 pic.twitter.com/A1a63VEleq

If Trina is really Curtis’ daughter, Portia may have confessed to Stella and sworn her to secrecy. Stella wouldn’t want to keep a secret like that and so invented the cousin story to keep Portia’s secret. By being away, Stella wouldn’t be tempted to reveal the truth to Curtis!

Did Portia and Stella meet over the DNA test results? Did Stella discover that Curtis is Trina’s father? Is that why she left town? Anything can happen so stay tuned to General Hospital airing weekdays on ABC. And don’t forget to check back here regularly for all your General Hospital news, information and spoilers!