General Hospital Spoilers: Valentin Wants A Second Chance – But Does He Deserve One? 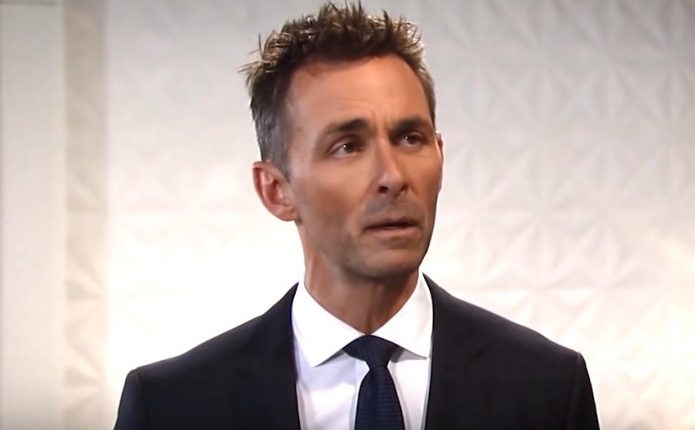 General Hospital spoilers tease that while Valentin Cassadine (James Patrick Stuart) has certainly seen better days, his fight is not over. As a matter of fact, it looks like fans will get to see him stand up, dust off his suit and prepare for action once again.

There are going to be quite a few people who will be in shock when they see him at the next ELQ board meeting. Here’s what you need to know.

General Hospital Spoilers: Nelle Back To Her Manipulative Ways – Puts Carly In A Corner

Speaking to Soaps in Depth in a new interview, actor James Patrick Stuart, who plays Valentin Cassadine on the hit ABC soap, puts it this way, “He was devastated when he learned that not only does he have Helena in him, but his daughter has Helena in her. And he couldn’t use that anger to hurt Helena because she is already gone.”

If that weren’t enough, Valentin also dealt with a very devastating blow when Nina Reeves (Cynthia Watros) dumped him at the altar. His identity crisis was almost the end of him. In fact, James Patrick Stuart even suggests that his character was “wandering out onto that ledge” but the one person who kept him from jumping was his daughter Charlotte.

The actor added, “Charlotte is what kept him from doing it. I just love that he’s trapped. He’s not able to work his way out of this yet.”

GH Spoilers – Valentin Cassadine Is Ready To Take On The Quartermaines

With that said, it looks like fans will be seeing a much different side to Valentin in the coming weeks. As a matter of fact, it looks like everything is running pretty smoothly for him as his ELQ takeover is well underway. And while Valentin might not be a very successful person on a personal level, he’s certainly a good businessman with incredible instincts. Valentin knew well in advance that he needs to prepare for this deal.

But then again, if there’s anything that we know about the Quartermaine family it’s that they won’t go down without a fight. They are capable of just about anything which means Valentin will have to watch his back at all times. Needless to say, General Hospital fans will have to tune in to find out what’s next.