‘The Young and the Restless’ Spoilers: Adam & Chelsea Play Dirty – But Spider’s Actions Also In Question 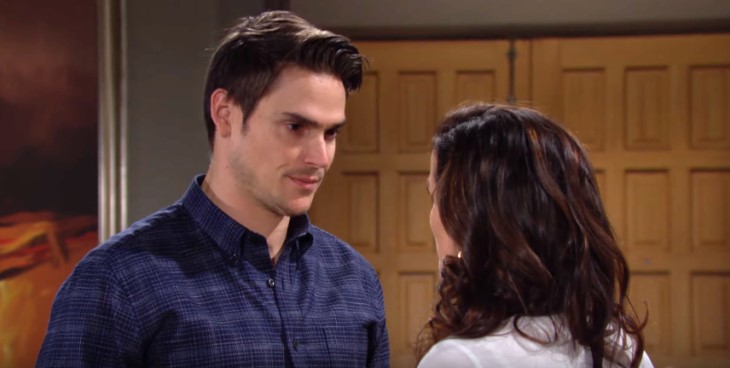 Adam Newman (Mark Grossman) had no problem setting his childhood friend up on ‘The Young and the Restless’. Neither did Chelsea Lawson (Melissa Claire Egan).

‘Chadam’ couldn’t care less about riling Alyssa Montalvo (Maria DiDomenico). Instead, this recently fully reunited pairing decided to strike back at Victor Newman (Eric Braeden) because of the latest petty and deeply meaningless slight Adam is responding to.

The Young and The Restless Spoilers: Did Adam Kill A.J. – Victor Covering For His Son?

Ever the drama king, Adam just couldn’t accept that Victor was allowing Nick Newman (Joshua Morrow) to temporarily run Newman Enterprises in their sister’s absence. So yet another game is being played. But as Victor’s actions are revealed, so too might ‘Spider’s’ history of violence.

Adam thought that his stepfather, Cliff Wilson (David Cowgill) was killed by a drunk driver. The character Grossman is now playing was in this youth at the time that terrible event occurred. He hadn’t thought to question what happened and still isn’t.

A.J. Montalvo’s (Alyssa’s deceased father, with no known actor cast to play what would be a retrospective part) death has captured Adam’s current concern. He believes that Alyssa’s dad became Victor’s target for as yet unknown reasons, making the believed barn fall suspect.

DiDomenico’s character is a reporter, who specializes in the crime beat. Knowing that and dropping speculative verbal tidbits, Adam intended to provoke a reaction from the so-called friend he last saw when they graduated from high school in Kansas. That happened and then Chelsea followed up, on cue, at Society.

It’s understood that A.J. spent time in jail. But he was released after serving time and returned to his family.

Speculation about him being involved in the underworld hasn’t been backed by facts yet. But if Adam’s belief proves true, then it’s possible A.J.’s loan sharking led to Cliff being killed because he couldn’t pay back what was owed.

Adam was able to contact a friend at the Kansas bank that Cliff and his mother used. A large deposit and a series of regular payments were noted. That intel means something but isn’t exactly evidence.

The Young and the Restless Spoilers: Joshua Morrow Opens Up About Nick’s Love Triangle With Chelsea And Adam https://t.co/wJ5DRhNmTh pic.twitter.com/g4jsx1x8os

The Young And The Restless Spoilers – Chance Chancellor’s Debt Unpaid

Chance Chancellor (Donny Boaz) told Adam on a number of occasions that he still owes him. Grossman’s character disagrees.

Adam says that his accidentally killing the man in Las Vegas, Nevada, who was after Chance, isn’t a debt that needs to be repaid. Victor’s informants are everywhere. So it would be reasonable to believe that he already knows, or will come to know, about the crime Adam committed when he was suffering from amnesia and was referring to himself as ‘Spider’.

The clearly projected clash of these Newman titans has at least one person (Adam) being responsible for a death. If Victor is responsible for another, then Adam should have the ability to neutralize whatever threats his father may come to make.