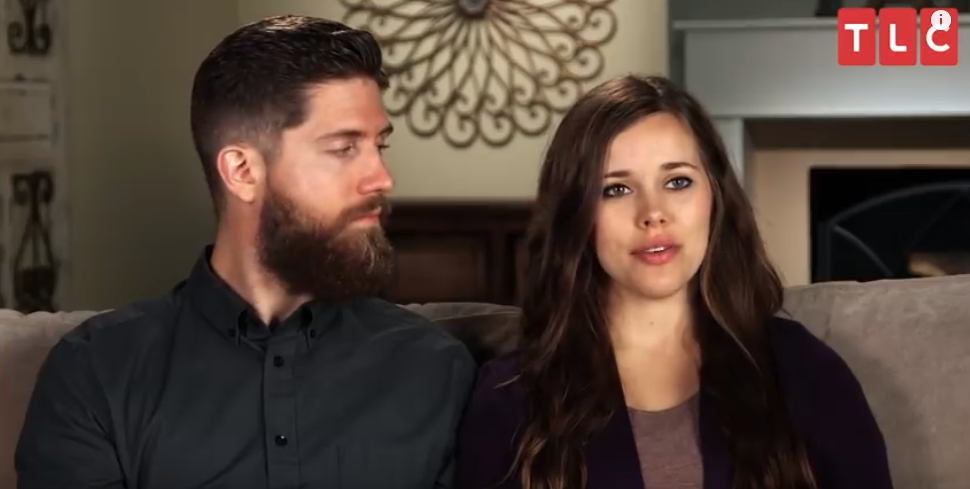 Jessa Duggar did not hold back on her sister-in-law’s fashion choices. She reportedly didn’t approve of Jessica Seewald’s risqué wedding dress. Say Yes to the Dress: Atlanta Season 11 debuted on Saturday, March 21 and it featured Jessica Seewald Lester, who is the sister of Jessa Duggar’s husband, Ben Seewald. Jessa was one of the people present during Jessica’s fitting, and she did not hold back on her feelings about the dresses she tried on.

As Counting On fans predicted, Jessa isn’t a fan of risqué wedding dresses. As per Us Weekly, Jessica tries on a Romona Keveza wedding dress with a plunging neckline. She exclaimed excitedly that her “girls are out to play!” She told the TLC producers that she was surprise by the risqué styling. Still, she was willing to ask the rest of her wedding party their thoughts. Jessa didn’t like the wedding dress.

She told Jessica that the deep neckline was inappropriate. “Absolutely, like, no,” Jessa vehemently said. “The neckline was definitely too low. That’s not really what you should look like on your wedding day.” However, she did admit that she did like “the cut of the skirt and all that.”

Jessica used the risqué dress to her advantage. She fell in love with the previous wedding dress that she tried on. And she felt that everyone else will love it after seeing this fashion don’t. Her plan worked out because Jessa was happy with this dress. Jessica looked stunning and glowing on her wedding day. This comes after Jessa Duggar was seen wearing pants in a new video.

On Tuesday, March 17, the Counting On star took to YouTube to show off the results of her painting project. But fans were more focused on what she was wearing rather than what she was doing. In her DIY video, Jessa wore a black V-neck shirt, a pink cardigan, and pale pink drawstring pants. Counting On fans were ecstatic over her new look, as per Inquisitr.

It’s very rare for a female member of the Duggar family to be seen in anything else than a long skirt or dress. As per In Touch Weekly, Jessa’s mother, Michelle Duggar, thinks it’s a sin for women to wear pants. Jessa isn’t the only one wearing the pants lately. Jill Duggar has also been spotted wearing skinny jeans and black liquid leggings.