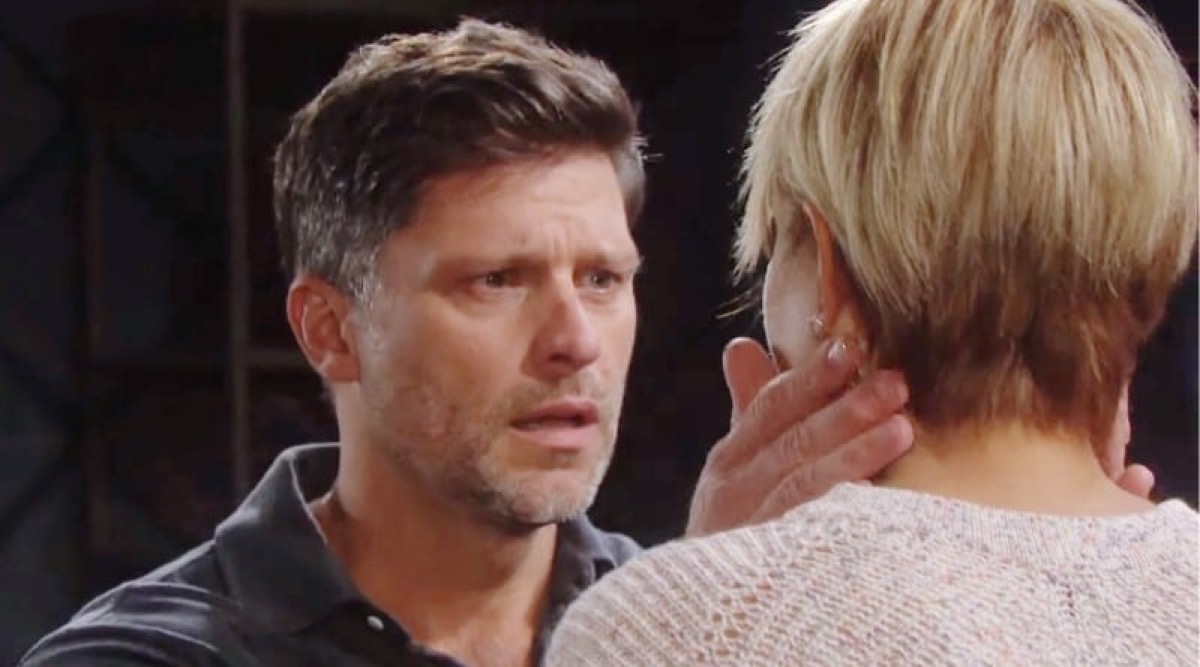 Days of Our Lives spoilers reveal Eric Brady (Greg Vaughan) will come to a realization about the woman he loves. As many fans expected, he will find out that Nicole Walker (Arianne Zucker) is lying to him. But he might not realize that it’s about baby Mackenzie “Mickey” Horton (the May twins). It seems Nicole’s investigation and DNA tests will lead to Eric making assumptions and it could cause another split.

DOOL spoilers reveal there are all kinds of secrets and lies bubbling under the surface in Salem right now. Nicole knows one of them, but can’t say anything until she has proof. Plus, it could cause the man she loves incredible pain.

Days of Our Lives Spoilers: Abigail And Gabi Put Their Differences Aside To Save Chad

She already lied about what tests she was having done. Next, she will try and track down Dr. Raynor (Victoria Platt). But Eric is already getting suspicious and doesn’t think he is getting the truth from her. He’s right, but he has the wrong idea.

It is teased that Eric will confront Abe Carver (James Reynolds) about Nicole. Most likely, he spots the two of them talking. Fans already know that their conversation is about baby Mickey’s parents. However, will Abe tell Eric the truth or wait until she can come up with evidence before she shares the painful truth?

Days of Our Lives spoilers reveal that Eric will realize that Nicole lied to him. It is suggested that he probably thinks it’s about something completely different. His mind will run away with him and he will get angry. This could cause major problems with his relationship, as if they haven’t gone through enough already.

Days Of Our Lives Spoilers: Have "Stefano" and Orpheus Been Working Together All Along?https://t.co/sNnaHeCNRA

It is teased that Nicole will need guidance on what to do about the situation. It has already been confirmed that she will get a surprise visit from her dead lover, Dr. Daniel Jonas (Shawn Christian). The last time he came to “visit” her, Daniel helped her deal with her conflicted feelings over dating Eric, the man who killed the doctor.

Perhaps he will help her with exposing the truth about Mickey’s real parents. Let’s just hope that Eric’s pain won’t have him self-destruct as it has previously.

What do you think will happen with Eric and Nicole? Can they survive this latest obstacle? Will Daniel’s visit help Nicole figure out the right thing to do in his complicated situation?