EastEnders Spoilers: Linda Pushed To The Edge – Comes Clean About Relapse To Mick 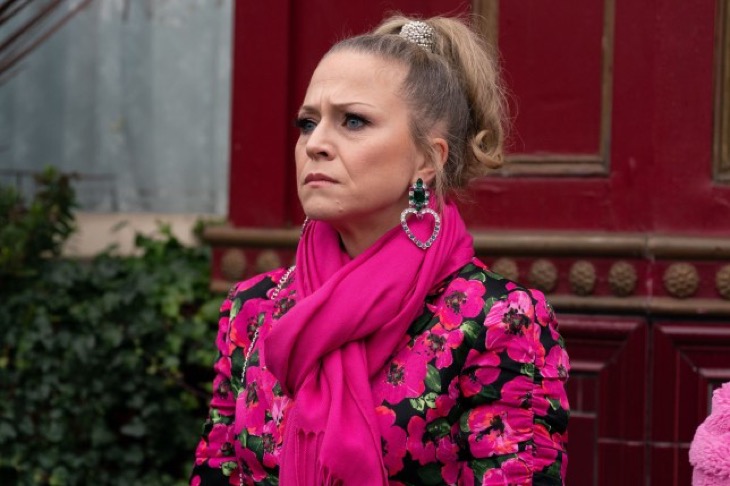 EastEnders hints that Linda Carter (Kellie Bright) will have a relapse as she continues to try and work towards battling her alcoholic ways. Linda has been doing well when it comes to her recovery, but many events will lead to her relapsing. This will include the mean mothers from her son’s school and also her best friend, Sharon, who will decide to unleash on her, causing her more stress. Will this cause her to stop her recovery?

EastEnders Spoilers- Linda has a Run-in with the mom

Linda has been trying to recover from her alcoholic ways and has been doing a great job so far, but she has recently had a run-in with a couple of the mother at her son’s school. Linda wanted to apologize for her previous behavior and approached the mothers who instead decided to put her down and not accept her apology. Instead, the head mother talked down to her, and later on, tried to discourage one of the teachers not to let Linda read for his students. This was not ideal for her, and she stood up for herself, but it was discouraging for her.

EastEnders Spoilers- Linda has a relapse after the argument

This would not be the only thing that would bother her; this would involve her best friend, Sharon. As Linda decided to help her with her son’s funeral. Missing a detail while helping with Denny Rickman’s (Bleu Landau) funeral, Sharon Mitchell (Leticia Dean) got upset and went off on Linda.

At home, Linda bumps into a bottle of Shirley’s bottle of Vodka and decides to have a drink. She is soon caught has to reveal to Mick Carter (Danny Dyer) that she had relapsed and had a drink. This will allow the two of them to make a decision on their future. That may have to do with the idea of them selling the pub and possibly moving.

It seems that Linda will be going through a lot and will be pushed to the point of relapsing. What do you think? What will the decision between Linda and Mick be? Will Linda be able to stay sober or will she go back to drinking? Watch EastEnders from Monday and Friday at 8 pm and Tuesday and Thursday at 7.30 pm on BBC One to find out what happens next.