General Hospital: Devious Nina Has a Plan to Backstab Nelle – But Will It Work? 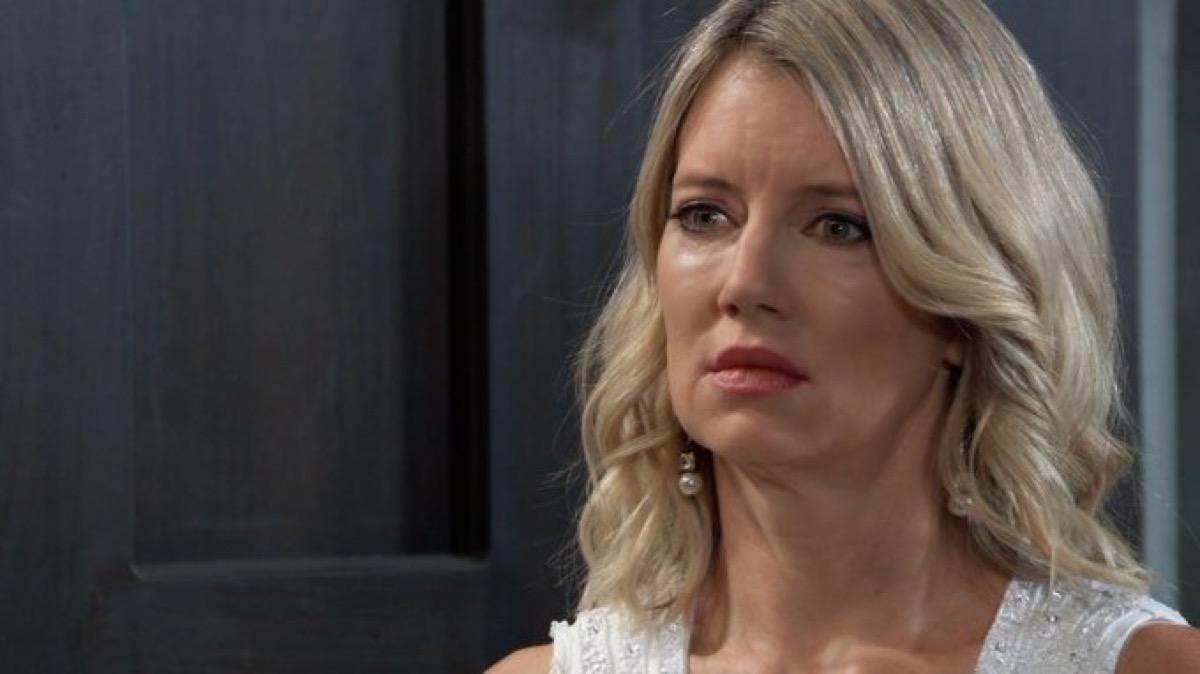 General Hospital (GH) spoilers revealed that Nina Reeves’ (Cynthia Watros) decision to hire the resident sociopath, Nelle Benson (Chloe Lanier) was simply a ruse. According to Nina when explaining her stratagem to Carly Corinthos (Laura Wright), by hiring Nelle she was putting herself into the perfect position to monitor Nelle’s behavior.

While some GH viewers may agree with Nina’s decision to hire Nelle is as devious as she seems to, Carly brought up some valid points. Now, Nina’s overall plan sounds good. Her adherence to the old adage, “Keep your friends close, and your enemies closer,” could actually provide Michael Corinthos (Chad Duell) with some heavy ammunition against Nelle if Nina’s plan works. If Nina can actually do as she suggested and “use Nelle’s tactics against her” then Nelle could be in for a very nasty surprise when it comes time for her custody hearing.

On the other hand, Carly had some very good points concerning Nelle. The woman is likely more calculating that Nina may give her credit for. GH fans may remember how Nelle tried to kill Michael, and how when his car was run off of the road how Michael was trapped inside. With a wicked smile, Nelle left Michael in the car as gas was leaking out. She just walked away hoping the car would explode.

Then of course, this began the entire Wiley Cooper-Jones (Erik and Theo Olson) saga wherein Nelle gave birth on the side of the road and then switched babies with Brad Cooper (Parry Shen) allowing Michael to think that his child died. As most GH fans know by now, Nelle’s deception was successful for a very long time!

GH viewers may then legitimately ask themselves if Nina actually has what it takes to pull one over on Nelle. The truth is, Nina may not because Nelle has proven herself repeatedly to be a master manipulator of both the heart and the mind.

General Hospital Spoilers – Nelle Could Figure It Out

A great question viewers ought to be asking themselves right now is what will happen to Nina if Nelle figures out her ploy. Considering the fact that Nelle has killed before, as well as the fact that she seems to have little to no guilt over anything that she does, it’s entirely possible that Nelle could do something horrible to Nina.

Think for a moment about all the things Nelle could do with access to Crimson. Nelle could become privy to confidential information that she, “oops,” let’s slip to Valentin Cassadine (James Patrick Stewart) over at Deception. She could do something worse and cause massive financial damage to Nina’s business by burning her offices (and all of the Metro Court) to the ground. She could decide that since Nina betrayed her, her erstwhile boss is of no further use. Boom. Nelle makes a decision to get rid of Nina for good!

There are so many possibilities. The bottom line is that Nina is taking an incredible risk by hiring Nelle.

Finally, GH viewers may either discover to their horror or delight that Nelle is Nina’s long lost daughter. For Nina, this could be a horrific revelation. Alternatively, it could cause some kind of mental shift or break in Nina. It could cause her to shift her alliances completely. Of course, if Nina switched sides in order to support her newfound daughter, this could damage Michael’s custody case. It might even tilt the court’s opinion entirely in Nelle’s favor.

The name of the game for every GH fan from this moment on is to discover one thing, and one thing only. Is Nina playing Nelle or is it the other way around. At this moment, for Carly, Michael, Wiley, Nelle, and even Nina … practically everything hinges on the answer to that question.