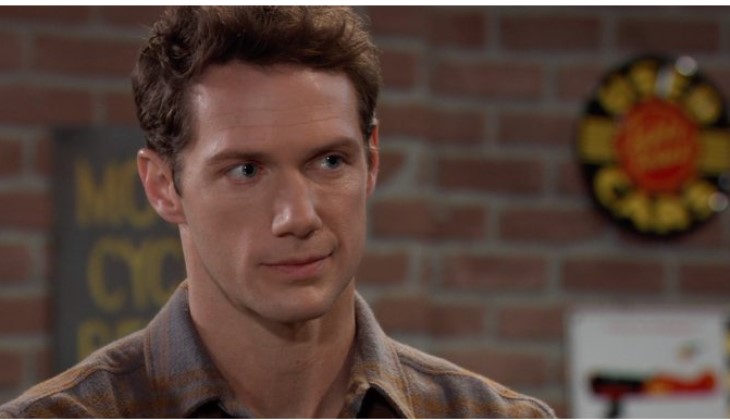 General Hospital (GH) Spoilers tease at Molly Lansing-Davis (Haley Pullos) approaching Brando Corbin (Johnny Wactor) for help with finding T.J. Ashford (Tajh Bellow). Brandon has been building bridges in Port Charles lately, and that will bring him in the path of Molly.

Molly has been having trouble getting in contact with TJ and is getting no answers from Jordan because of this, she will try other options to find out about the whereabouts of her boyfriend.

Brando has been building bridges with other people in Port Charles ever since he first appeared on the screens of viewers. This started when he crossed paths with Carly Corinthos (Laura Wright) and saved her life. Now he and Carly may be getting closer, and it seems like he is trying to get into the good graces of Sonny Corinthos (Maurice Benard) as well.

He has also offered advice to Damian Spinelli (Bradford Anderson) about his situation that involved Peter August (Wes Ramsey) and Maxie Jones (Kirsten Storms). It looks like he will continue this trend of connecting with people in Port Charles when he crosses paths with Molly as she requests him to help her find TJ.

Molly has been having a hard time getting any information on TJ’s whereabouts and with Jordan Ashford (Briana Nicole Henry), not giving answers to Molly’s questions. Frustrated by the lack of answers and by not hearing anything from TJ, she will likely come across Brando in hopes of requesting for him to help her find out more about TJ’s disappearance and to locate him.

This may be a way that the writers incorporate Brando deeper into the Cyrus Renault (Jeff Kober) drama. As it seems like many of the characters are being placed into the Cyrus storyline. It seems like Brando may play a part in TJ being found or may have information about it that Molly will be approaching him for. What do you think?

What information will Brando have that will be useful to Molly? How does Molly know Brando? We’ll give you updates as GH news comes in. Stick with the ABC soap, and don’t forget to check Hollywood Hiccups often for the latest General Hospital spoilers, updates, and news.