Days of Our Lives Spoilers: Is Marlena Pretending To Be Under Stefano’s Control To Buy John Time? 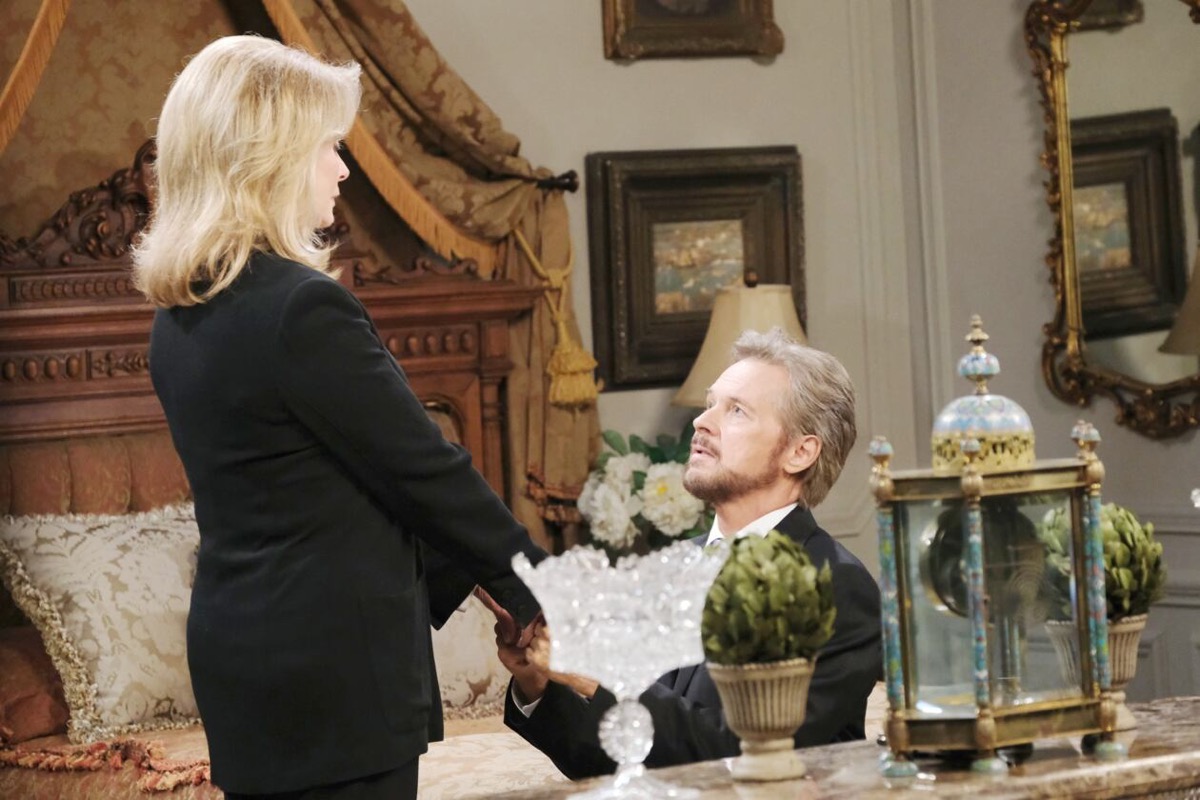 Days of Our Lives Stefano Dimera/Steve Johnson (Stephen Nichols) wants Marlena Evans (Deidre Hall) at any cost. Stefano has gone as far as to have Dr. Rolf (William Utay) to place a chip in Marlena’s brain to make her more accepting of his advances. Is Marlena pretending the chip worked to buy John Black (Drake Hogestyn) time to save her?

Days of Our Lives Marlena wants nothing to do with Stefano. Marlena has even shot him once or twice. Marlena would never willingly agree to be with Stefano. However, she may have issues trying to work around the chip because it completely takes over your mind as Steve and Hope experienced. Does Marlena have a way around this mind control though? Marlena has suggested that if given the chance she could bring Steve back. Does she have some type of technique to block the mind control?

Days of Our Lives Marlena is very experienced in hypnosis. Is it possible that Marlena hypnotizes herself to make it seem that the chip is working? By doing this Stefano would believe the child was working and yet Marlena would be in control. Marlena could be faking the headaches that cause her to blackout to continue her ruse. Marlena has had years to study Stefano and his methods. Marlena has also been the “Queen of the Night” before and knows what techniques Stefano used to create her. Is she trying to “outfox the fox”?

Days Of Our Lives Spoilers: Marlena Evans Knows That John Black Will Find Her

Days of Our Lives Marlena knows that John will move Heaven and earth to find her. Marlena will do whatever she has to do to buy John the time he needs to get to her. How long can she continue to fool Stefano? Could she be using this time to try to bring back Steve as well?

If Stefano can use mind control on Marlena, perhaps she can turn the tables. Is it possible that Marlena has devised a way to work around Steve’s brain chip to bring him back to his family? Is Marlena working Stefano while he thinks she is submitting to him? Will John get to Marlena before things go too far?

Days of Our Lives Marlena knows all of Stefano’s vises by now. Marlena has been an object of Stefano’s obsession since the early 1980s. Stefano hated Roman Brady (Josh Taylor, then Wayne Northrup) and held him captive to try and gain Marlena’s affections. Marlena has beaten Stefano before and will likely do it again.

Has Marlena found a way to hold Stefano off? Only time will tell but chances are Steve is going to be totally beside himself when he realizes he tried to steal John’s wife.