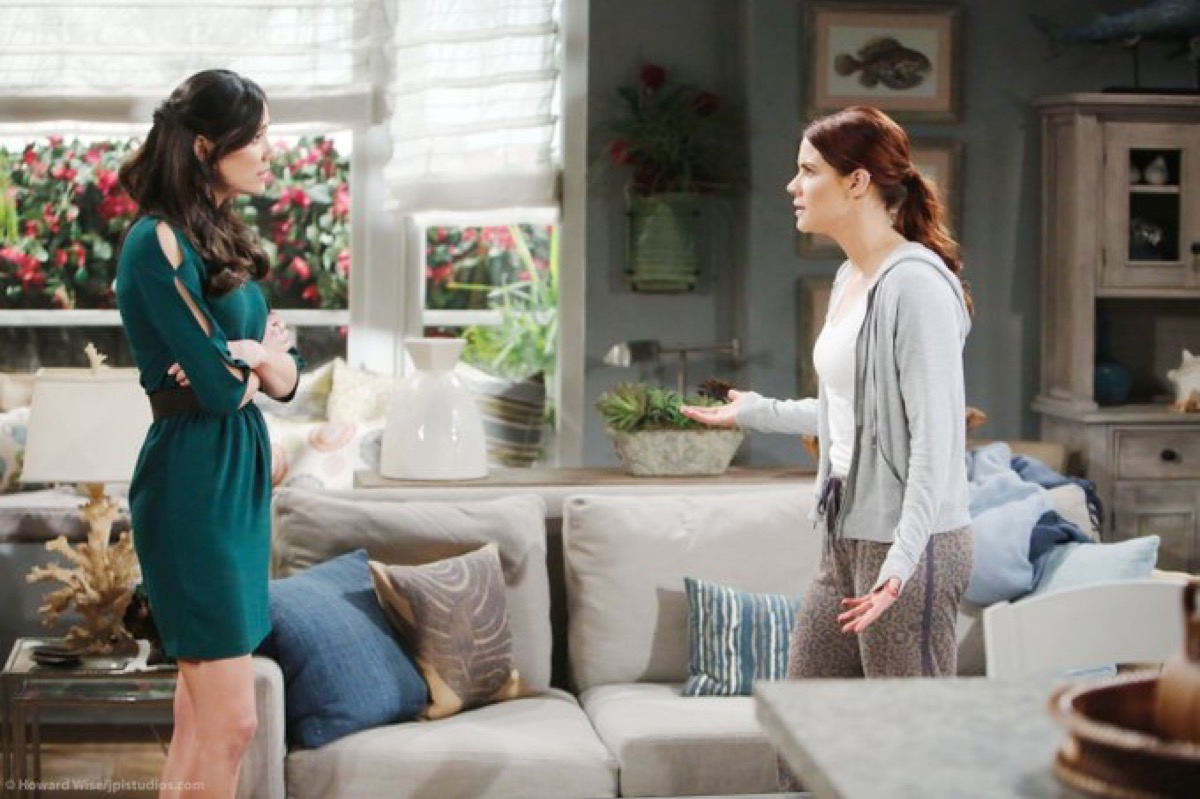 The Bold and the Beautiful (B&B) Spoilers hint at Sally Spectra II (Courtney Hope) being caught by Flo Fulton (Katrina Bowden), who will be able to realize that Sally had been lying about her illness this whole time.

Sally and Flo are enemies who are both fighting for the love of Wyatt Spencer (Darin Brooks), but Flo has changed her tune ever since she heard about Sally having less than a month to live. However, it seems like she will find some clues that will suggest that Sally is not being truthful with everyone.

The Bold and the Beautiful Spoilers: Sally’s Scheme Might Fail – Will It Turn Into Revenge?

Sally has lied to everyone by setting up an elaborate scheme in order to get Wyatt back from Flo. This meant that she would have to use Katie since she knew that she would be the first to tell everyone about it. When things we’re going as planned, she came clean to Wyatt or at least come clean about how what Wyatt thought was the truth.

This means that Sally’s plans were only going her way. However, that may be coming to an end soon as Flo trying to make peace will start to find out that Sally may not be running out of any more time than anyone else and that she has a long life ahead of her.

The Bold and the Beautiful Spoilers: Quinn Admits She Masterminded Brooke’s Undoing – How Will Eric React? https://t.co/8BFDa74vII pic.twitter.com/ytBqR6YWtA

Flo may realize that Sally does not always seem as sick as she probably should be. When she realizes that Sally may be playing them all, she will decide that she should keep an eye on Sally just in case. This may lead her down a rabbit hole that will lead to the secrets of Sally Spectra. When she finds out the truth, she may either confront Sally or reveal all to Wyatt.

Sally and Flo may bump heads in the future as Flo comes close to revealing the secret that Sally has no intention on revealing. What do you think? Will Flo discover the truth or will Sally get away with her scheme? Will Sally be able to cover her tracks? We’ll give you updates as B&B news comes in. Stick with the ABC soap, and don’t forget to check Celebrating The Soaps often for the latest The Bold and The Beautiful spoilers, updates, and news.