The Young and the Restless Spoilers: Kyle And Summer Work On A Merger – Jabot And Newman Enterprises To Become One? 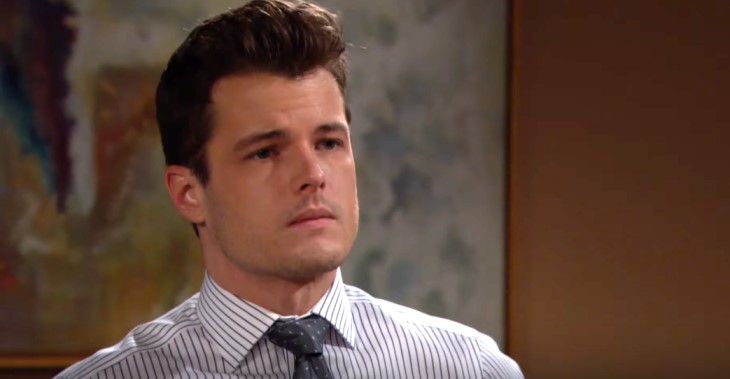 The above will happen when Faith Newman (Alyvia Alyn Lind) has children, Vickie Newman (Amelia Heinle) has moved to Europe and started her own company, a la Ashley Abbott (Eileen Davidson), and other family members aren’t connected to either corporation’s power structure.

‘The Young and the Restless’ Spoilers: Adam & Chelsea Play Dirty – But Spider’s Actions Also In Question

Meanwhile, viewers see that a relatively easy near-term prediction can come true. ‘Skyle’ will expand from two to at least three by 2021.

The Young And The Restless Spoilers – High Hopes From Young Brass

Kyle was given a position that many underlings at other big businesses would have worked years to even potentially achieve. Jack Abbott (Peter Bergman) not only gave Kyle a prominent spot at Jabot, he also later agreed to make him co-Chief Executive Officer.

Being a person of great means, Kyle holds a high opinion of himself. He also, unknowingly, harbored deep feelings for Summer, even though he hotly pursued Lola Rosales (Sasha Calle) for months and then married her.

But ‘Kola’ avoided starting a family. As viewers recall, Kyle and Lola were stressed when they thought that might happen. That came months before this likable couple split.

Kyle did love Lola. But she surely thought of him in a deeper way. But as the current storyline is presenting, ‘Kola’ wasn’t going to be a longterm couple.

‘Skyle’ has a real history. Summer and Kyle have been linked in real and soapy time for many years. While their initial marriage was a forced event, Kyle intends to marry Summer for real. He also hopes to start a family with her, not Lola.

To his credit, Theo Vanderway (Tyler Johnson) had Kyle’s number. While he seemed to be nothing more than a shallow, jealous person, Theo has actually been revealed as having good instincts. However, he’ll need to demonstrate consistency and follow through on his intentions toward Lola until a more complex ruling can be offered about the character Johnson plays.

Summer and Kyle come from similar backgrounds, as Theo and Lola are discovering during the emerging ‘Tola’ storyline. In ‘Skyle’s’ instance, it’s now reasonable to believe that Summer and Kyle will remarry after the ‘Kola’ divorce is finalized.

Whenever the apparent inevitable happens, Summer and Kyle will mutually embark on ‘Skyle’s’ second marriage. Since the factors that were present in their first forced union no longer exit, a baby, or more than one, will also be a natural next step just before, or into 2021.