Days of Our Lives Spoilers: Will Abigail Leave Chad Over DiMera Dangers? 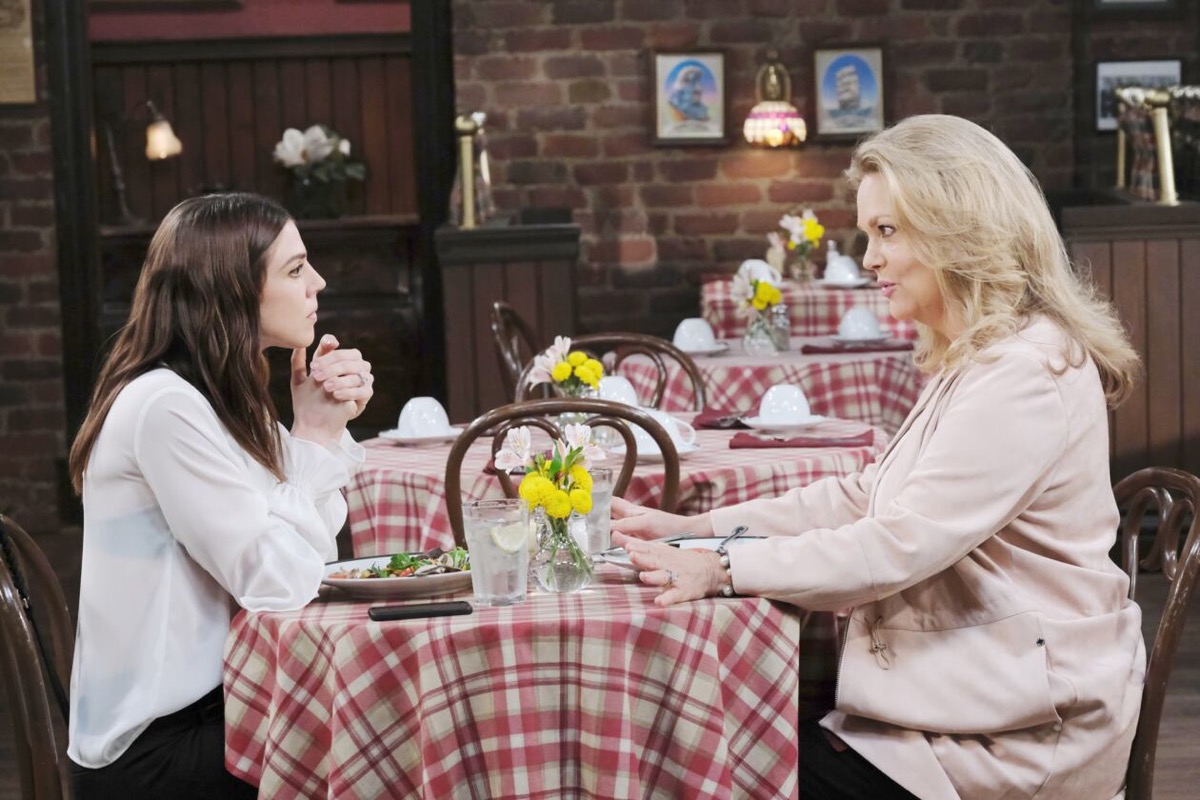 Days of Our Lives (DOOL) spoilers tease once again Abigail DiMera (Kate Mansi) is once again in danger because of her relationship with her husband, Chad DiMera (Billy Flynn). As recently as a couple months ago, “Stevano” DiMera (Stephen Nichols) had a gun on Abigail and was going to shoot her right in front of Chad. Luckily, Chad fought him for the gun and Abigail wasn’t hurt.

But now, Chad has succumbed to “Stevano’s” brainwashing and is doing his father’s bidding. He almost killed Kate Roberts (Lauren Koslow) and Gabi Hernandez (Camilla Banus). He would have done it if “Stevano” hadn’t changed his mind at the last moment. But dangerous things such as this happen all the time in the DiMera family and Abigail might just have had enough of it.

DOOL Spoilers: Chad DiMera Has Succumbed To “Stevano’s” Brainwashing And Is Doing His Father’s Bidding

Abigail and Chad have two little children and Abigail won’t want them to be exposed to this kind of danger on a regular basis. She could very well decide to leave Chad once and for all. While he may be brainwashed, there’s nothing to prevent the same thing from happening to their kids once they are older. And Chad’s reluctance to completely separate himself from Stefano, despite all the terrible things Stefano DiMera (the late Joseph Mascolo) has done and continues to do as “Stevano”, is most certainly frustrating for Abigail.

A good example of what Abigail might be concerned about would be Anna DiMera (LeAnn Hunley). She has been in love is Tony DiMera (Thaao Penghlis) for decades. But Stefano’s elaborate plans over the years have definitely made things very difficult for them. Anna was even led to believe for decades that Tony was dead. She has had to deal with Tony’s lookalike Andre DiMera (also Thaao Penghlis). All of this has definitely taken a toll on Anna. Abigail might not want to put herself through that.

Days of Our Lives Spoilers: Abigail DiMera Could Very Well Decide To Leave Chad Once And For All

Chad will always be a DiMera. And it can certainly be argued that Abigail knew exactly what she was getting into before she married Chad, twice! There are no easy answers to this. But it makes for dramatic days in Salem!

Will Abigail stick by Chad’s side? Or will she finally have had enough? Anything can happen, so stay tuned to Days of Our Lives airing weekdays on NBC. And don’t forget to check back here regularly for all your Days of Our Lives news, information and spoilers!