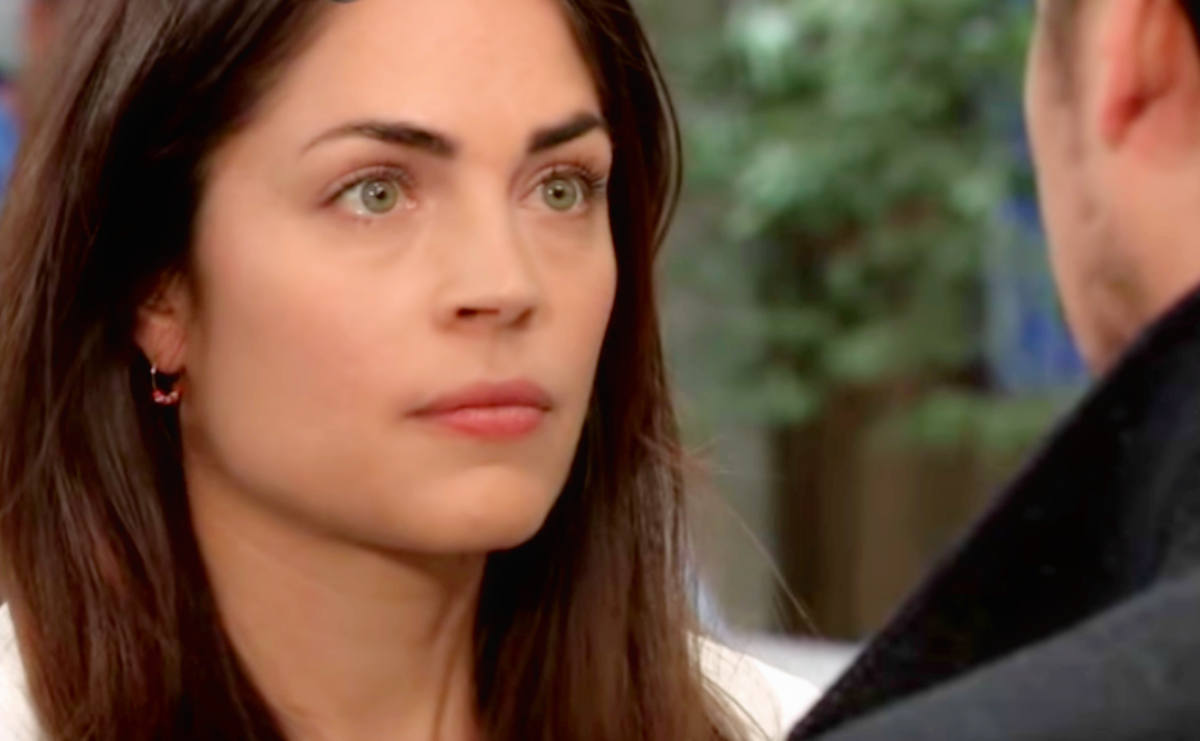 General Hospital (GH) spoilers tease that Britt Westbourne (Kelly Thiebaud) and Nikolas Cassadine’s (Marcus Coloma) was fiery. But it wasn’t passion that fanned the flames, but anger. But there is a fine line between love and hate. Could their next encounter turn the anger into lust? And could Ava Jerome (Maura West) be the one to make it happen? And what about Julian and Britt’s recent one night stand?

Britt and Nikolas had a relationship before he was presumed dead. But they parted ways, and Nikolas even had Britt arrested for kidnapping Spencer Cassadine (Nicholas Bechtel). But Britt and Spencer are actually still very close, and Britt is furious with Nikolas for allowing Spencer to think his own father was dead for over three years. Upon seeing him for the first time since his return from the dead, Britt greeted Nikolas with a hard slap before laying in on him. Elizabeth Webber (Rebecca Herbst) eventually put an end to the argument.

GH Spoilers: The Passion Was Obviously Still There

Britt’s anger toward Nikolas was powerful, but that could easily turn into lust. If they come across one another again, perhaps not at the hospital, anger could easily turn to sex. This would horrify Nikolas’ long time friend Elizabeth, who is also angry at Nikolas for his actions. But seeing him with Britt would fire her up. She and Britt hate each other. But there’s someone else who would delighted if Britt and Nikolas hit the sheets and just might push them in that direction.

General Hospital Spoilers: Will The Post-Nup Come Into Play

If Nikolas cheats on his wife Ava, then according to the post-nup they both signed, then the entire Cassadine estate goes to her and Nikolas gets nothing. That’s been Ava’s plan all along. She’s tried pushing Nikolas toward both Elizabeth and Brook Lynn Quartermaine (Amanda Setton) but Britt might actually the best choice.

There’s one complication that Ava is unaware of. Britt and Ava’s brother, Julian Jerome (William DeVry) recently had a one-night stand and Britt might looking to continue that casual relationship. Sleeping with Nikolas too might be something Britt is willing to do.

Will Britt and Nikolas hit the sheets? Will it be Ava who pushes them together? Or will Julian complicate everything? Only time will tell, so stay tuned to General Hospital airing weekdays on ABC. And don’t forget to check back here regularly for all your General Hospital news, information and spoilers!