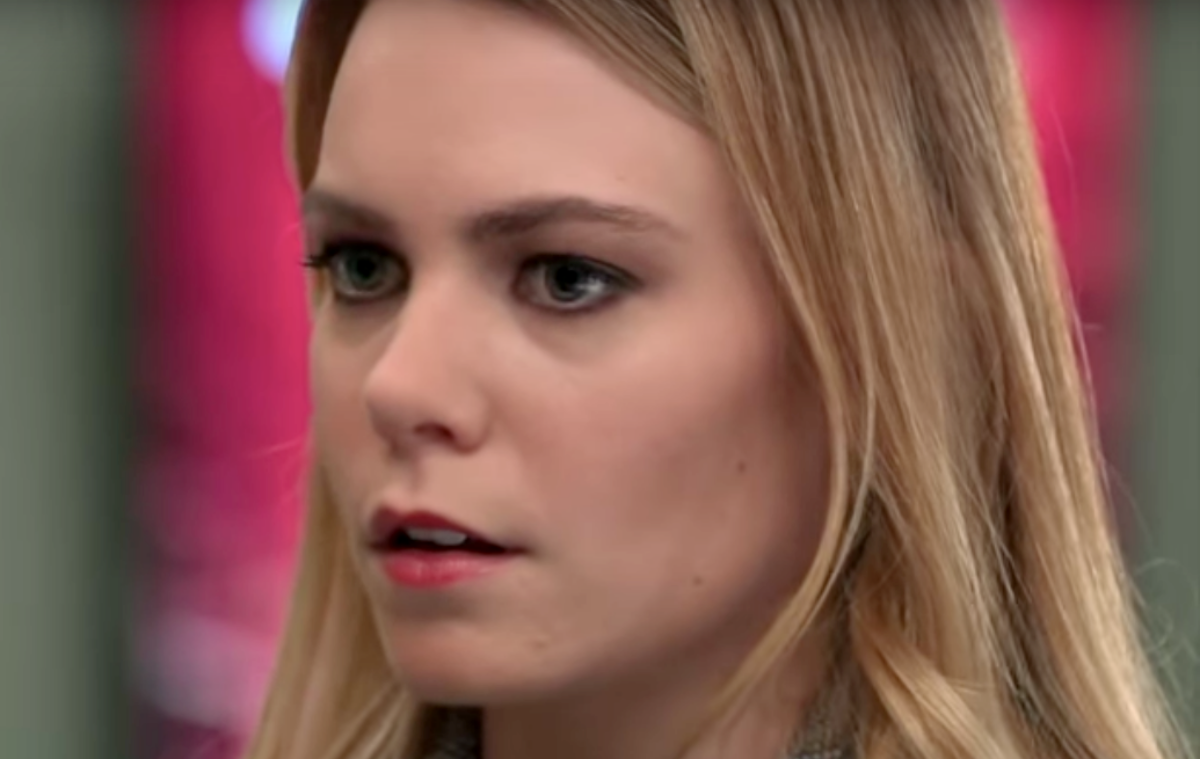 General Hospital (GH) spoilers revealed that the psychotic Nelle Benson (Chloe Lanier) appears to be doing everything in her power to prevent the son she shares with Michael Corinthos (Chad Duell) from receiving the lifesaving surgery he needs. GH fans are now asking themselves if Michael really means it when he says that he’ll do “whatever it takes” to save Wiley Cooper-Jones’s (Erik and Theo Olson) life and to prevent Nelle from gaining custody!

It’s clear that Nelle has no love for Michael Corinthos or the Quartermaine family. However, GH fans might be scratching their heads at Nelle’s recent, unreasonable behavior. When Monica Quartermaine (Leslie Charleson) told Michael that Wiley needed surgery to repair a small hole in the toddler’s heart, Michael initially had some misgivings. Was the problem really that bad? Could the hole repair itself over time? Was surgery the only option? Monica reassured him that while repairing the hold in Wiley’s heart was considered an elective surgery, and Wiley could probably live for a long time without it, her recommendation was to get it done and over with.

Of course, when Monica said the exact same thing to Nelle, her words fell on deaf ears. Nelle lashed out at Michael, then Sasha, then Monica, everyone. Nelle ironically argued that she would do whatever it took to protect “her son.” This dark GH character then refused to subject Wiley to a surgery she willy nilly decided was unnecessary. The end of the matter was that Nelle essentially blocked Michael from going with Monica’s recommendation.

Naturally, this infuriated Michael and exasperated Monica. The entire confrontation then led to a mini-get-together between Michael, Sasha Gilmore (Sofia Mattsson), Harrison Chase (Josh Swickard), and Willow Tait (Katelyn MacMullen). Once again all involved swore that Michael desperately needed to do “whatever it takes” to get sole custody of Wiley. After all, Wiley’s entire life could be at stake!

As GH viewers know who have been watching over the past month or more. Everyone and their neighbor (except for Chase) seems dead set on pushing Willow into a marriage of convenience with Michael. For some reason that escapes many fans, Michael’s own girlfriend, Sasha and even Michael’s mother Carly Corinthos (Laura Wright), want Michael to marry Willow. The reasoning is that Willow is somehow pure and innocent and will be the perfect person to bolster Michael’s image as a responsible, loving father.

However, other GH fans point out that Willow’s past is just as checkered as Sasha’s. (Someone must have forgotten Willow’s past with the Dawn of Day Cult.) Yet, everyone seems conveniently to ignore that issue. Regardless, it looks like Nelle’s latest shenanigans could be the tipping point that forces Willow to say “The hell with it.” In the very near future, GH fans just may see Willow breaking up with Chase and breaking his heart in order to be the savior she really doesn’t need to be.