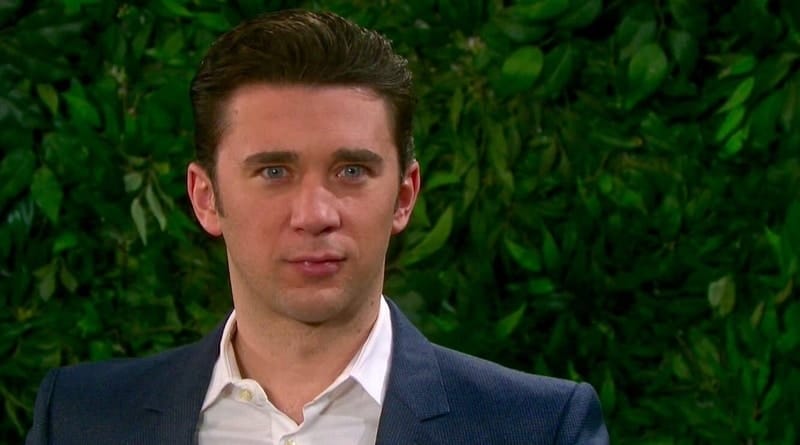 Days of Our Lives spoilers reveal that attempts are made to undo Stefano DiMera’s (Stephen Nichols) spell on Chad DiMera (Billy Flynn), but everyone is unsuccessful. He is under “total mind control” and the only thing left to do is to escape as he tries to kill his own sister. During the chaos, Kristen DiMera’s (Stacy Haiduk) life is saved by Brady Black (Eric Martsolf), who gets shot trying to protect her.

DOOL spoilers reveal that John Black (Drake Hogestyn) ends up finding Dr. Marlena Evans (Deidre Hall). When he stumbles upon Stefano’s hideout, he interrupts the villain trying to consummate his marriage to the “Queen of the Night.” It seems that John got there just in the nick of time. However, there is a lot more chaos happening on the premises.

In the living room, Chad has a gun and is threatening to shoot Kristen. It is clear to everyone that Chad isn’t in his right mind. He’s not acting like himself because he isn’t the real Chad. He hasn’t been brain chipped like other Salemites, but is brainwashed due to Stefano’s spell.

Days of Our Lives spoilers reveal that everyone, including Brady, tries to get through to Chad. However, they are unsuccessful and it is clear that he is under “total mind control.” Actor Eric Martsolf discussed the storyline in the latest issue of Soap Opera Digest.

“He’s just speaking with complete lunacy. The chance that he would just pull the trigger without any thought and kill Kristen is pretty high.”

It is teased that Brady knows he can’t let Chad kill Kristen. He rushes toward Chad to try and get the gun from him, but ends up getting shot himself. Thankfully, Brady is just grazed in the arm and is not in life-threatening danger.

“Chad is not listening to anyone and is under total mind control.”

As for what’s next, expect on Monday for Anna DiMera (Leann Hunley) and Abigail DiMera (Kate Mansi) to try and save their loved ones. But will they be successful or could someone end up dying? Fans will have to keep watching the NBC soap opera to see how this storyline ends.