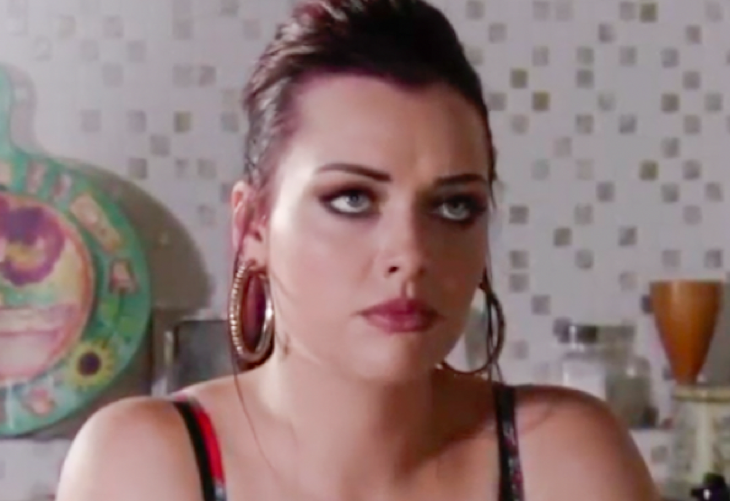 Eastenders spoilers reveal that even though she is granted bail after new evidence comes to light, Whitney Dean’s (Shona McGarty) story is far from over. In fact, she will continue to live in a nightmare. It appears that going home brings back too many memories of Leo King (formerly Tom Wells). She exhibits signs of post-traumatic stress disorder (PTSD) and things won’t get any easier.

Initially, Whitney’s bail hearing did not end well. However, once Gray Atkins (Toby-Alexander Smith) found evidence that Leo was hiding in Whitney’s attic, a new hearing was granted. She ended up being released on bail. While glad to be out of jail, her nightmare is far from over.

Whitney Dean Returns To Scene Of The Crime

Eastenders spoilers reveal that Whitney goes back to her home, but it’s the same place where she killed Leo in self-defense. As horrible memories flood back to her, she gets physically sick. Then, terror strikes when someone knocks on the door. However, her panic turns to relief when she realizes it’s Gray.

Unable to stay strong any longer, she completely breaks down in front of him. All those pent up emotions are finally released.

It is suggested that during the next few weeks, perhaps even longer, Whitney will have to endure terrifying flashbacks. It is clear she is suffering from PTSD from everything she went through. Don’t expect a quick fix to that either. There is so much on Whitney’s plate right now that she can really only deal with one thing at a time. Right now, her freedom is on the line.

According to Digital Spy, Whitney’s story won’t be ending anytime soon. Show bosses previously teased that it would continue for well over a year. Executive producer Jon Sen explained that McGarty is the kind of actress that can play this type of story so well, so they are taking advantage of the actress’s strength.

“… over the next 18 months, she learns from everything you’re going to see coming up… Shona plays tragedy so well. Whitney’s such a compelling character and she’s a character who you can give really tough stories to and she plays them with such conviction and power.”

This is just one chapter of Whitney’s story. To find out what else is in store for the character, fans will have to keep watching the British soap opera.