EastEnders Spoilers: Who Will Take Over The Vic After Mick and Linda’s Shocking Decision? 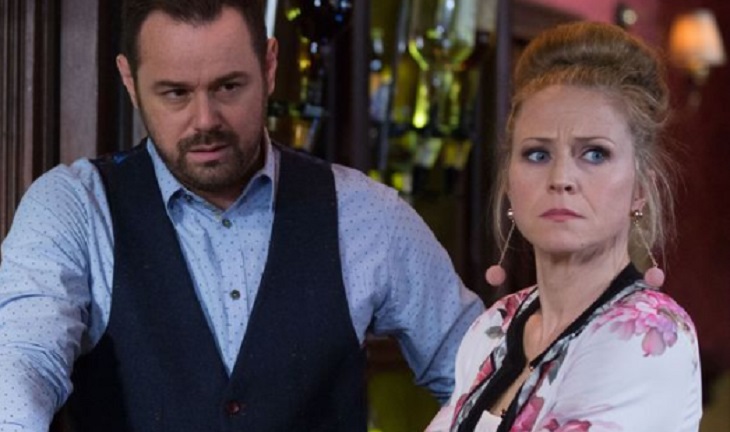 EastEnders spoilers reveal that Michael “Mick” Carter (Danny Dyer) comes up with a big decision after Linda Carter’s (Kellie Bright) relapse. It is in the best interest of his family to give up The Vic, although it is teased it will cause a bidding war. However, who will end up taking their place? Fans are busy speculating, so here are some possibilities.

When it comes to Sharon Mitchell (Leticia Dean), she literally has nothing left in this world. She was unable to care for her newborn son and is burying her only other child, Dennis Rickman (formerly Bleu Landau). Her marriage to Phil Mitchell (Steve McFadden) was over long ago and she holds him responsible for her teenage son’s death. Plus, she sent Keanu Taylor (Danny Walters) away after finding out about the boat tragedy.  She has no job and will need something to focus on. Could taking over The Vic be just the ticket?

Eastenders spoilers reveal that Sharon might have some competition when it comes to The Vic. This is Phil’s stomping ground and he previously had control of it before the Carter family took over. Could the reins be passed back to him? It certainly is possible.

It is always possible that Dotty Cotton (Milly Zero) might end up coming into some money. After all, she is blackmailing Ian Beale (Adam Woodyatt) to keep his killer secret from getting out. He especially wants the truth kept from Sharon.

She might be currently trying to steal wallets, but something tells us she’s a bit smarter than she lets on. She might have some big plans and if Ian wants to keep her secret, he will do just about anything to keep her quiet.

Eastenders spoilers reveal the Panesar family is still new to the soap. However, they have made a pretty big splash. Their presence is known and felt by nearly everyone. They plan on staying, too, and it seems they are working on building an empire. The Vic could be a huge step in the family making a huge mark on their new territory.

Who do you think is going to win the bidding war for The Vic? Which character should take over Mick and Linda Carter’s duties moving forward? To find out who ends up winning the establishment, fans will have to keep watching the British soap opera.