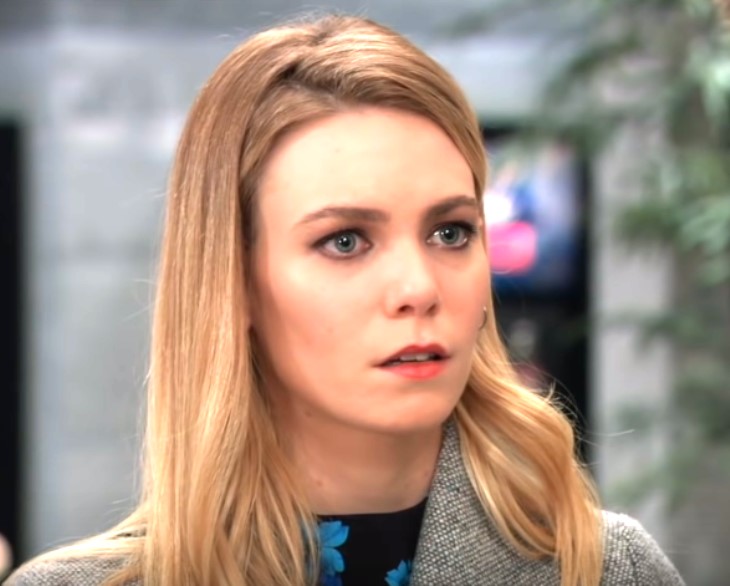 General Hospital (GH) Spoilers tease that Nelle Benson (Chloe Lanier) may be genuinely worried about her son, Wiley Quartermaine-Corinthos (Eric and Theodore Olson). Nelle is refusing to sign the release form that will allow surgery to be done on her son Wiley and is jeopardizing his life.

Michael and Nelle have had their past share of drama, but when their son is in danger, these things should be pushed aside for the best interest of their son, right? However, it seems that Nelle might not be able to do that as she refuses to sign the release form that will help fix the heart problem that their son is having. It would seem that Nelle is up to her old trick again, but could it be that her past is preventing her from giving Wiley the help he needs.

Although Nelle has made her share of mistakes if mistakes mean trying to kill someone and messing up the lives of others, that makes her seem cold and calculating. So, when she opts out of the much-needed surgery that has been recommended to her, it looks like she wants her son to die just to spite Michael. However, for once, Nelle may actually have a reason for her decision that may not be entirely selfish.

Nelle mentions the surgery that she had to Michael and how she deals with the effects of it to this day. She tells him that she does not want Wiley to be that way as well. This could be the truth as she turned out the way she is now because of her kidney being taken away from her at a young age.

Her decision may not be the best thing, but she may be acting off of emotions, which could be clouding her judgment. As viewers know, Michael had the surgery once before and turned out alright, and the technology since then has only gotten better.

It is no argument that Nelle tends to look at herself, and this situation is not entirely different. As her conversation with Carly Corinthos (Laura Wright) shows that she is not willing to let Carly be right about anything. However, it is hard to believe that Nelle would let her child, who she seems to care about, die even if she is just using him as leverage against Michael.

Not to mention, that viewers have seen villains on the show care about their kids. What do you think? Is Nelle worried about Wiley, or is this just another game to her? We’ll give you updates as GH news comes in. Stick with the ABC soap, and don’t forget to check HH often for the latest General Hospital spoilers, updates, and news.