The Young and the Restless Weekly Spoilers: Phyllis Gets Frisky With Nick While Adam Prepares Ultimate Takedown 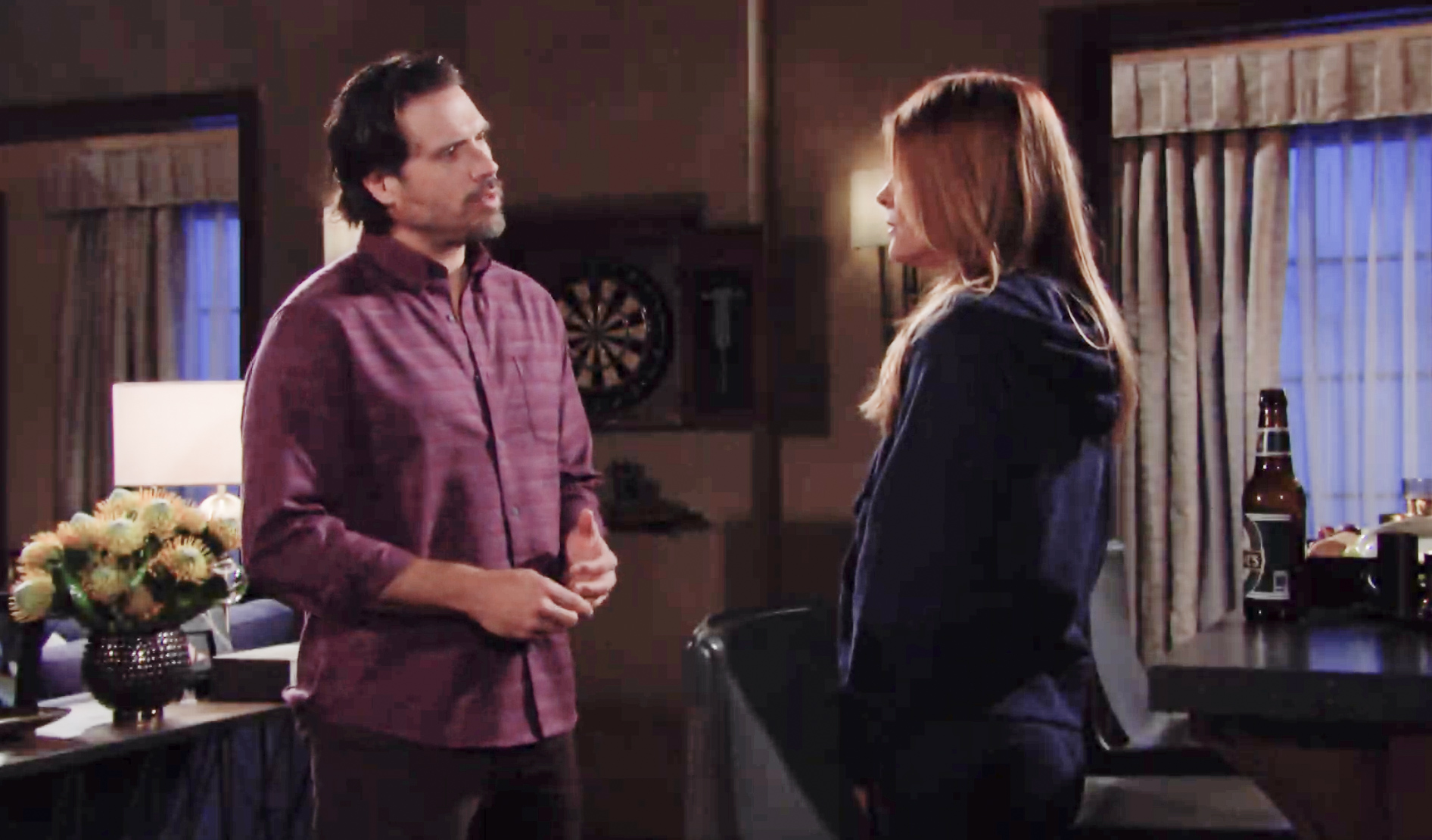 The Young and The Restless spoilers tease that things are heating up in Genoa City this week, as Phyllis Summers (Michelle Stafford) revs up her campaign to get her ex-husband Nick Newman (Joshua Morrow) to give their love another try – how many tries is it now? – and Adam Newman (Mark Grossman) blackmails his father, Victor Newman (Eric Braeden) with proof he killed a man in Kansas this week on The Young and The Restless!

The Young and the Restless Spoilers: Phyllis Summers Plays With Nick Newman

Phyllis Summers seems to be playing with Nick Newman as first she tells him that they can’t do this – referring to their continual “sex with the ex” escapades and their possible reconciliation as a couple– and that they need to think this through, even they move from the office to Phyllis’ bedroom in her suite in the Grand Phoenix, where she tickles a naked Nick in her bed with a rose in her teeth and giggles! Elsewhere in the Grand Phoenix, Nick gets a love life lecture from his mother, Nikki Newman (Melody Thomas Scott), and she is appalled, saying “How could you even consider getting involved with her again?” Then it’s back to the Newman Enterprises office, where Phyllis reveals her cleavage to Nick as she bends over while he is sitting at the desk, and gives him an ultimatum; “Do you want to speed it up, or do you want to end it right here?!”

The Young and the Restless Spoilers: Will Mariah Ever Forgive Tessa For Cheating On Her? Cait Fairbanks Weighs In https://t.co/41LpkoCfxo pic.twitter.com/2evnGVUjWs

Longtime viewers of The Young and the Restless will recall that Phyllis and Nick have been married several times, the first time when Nick had been married to Sharon Newman (Sharon Case) and grieving the death of Cassie Newman (Camryn Grimes) when he and Phyllis had an affair, and later married – with her having become pregnant with Summer Newman (Hunter King)! They were married three times, but then divorced for the last time after Phyllis’ past hit and run of Christine Williams (Lauralee Bell) came to light, causing them to separate and Phyllis to have an affair with Ronan Malloy (Jeff Branson).

Adam Newman, (Mark Grossman) meets with his father, Victor Newman (Eric Braeden) at Crimson Lights, having a manila envelope full of incriminating evidence he threatens to blackmail his father with. Viewers of The Young and The Restless will recall that Adam had his childhood friend, Alyssa Montalvo (Maria DiDomenica) who is a crime reporter, help him with doing some investigation on how her father, AJ Montalvo (uncast character) and his stepfather, Cliff Wilson (uncast character) died, and the strange coincidence that Victor had been there in town, Leavenworth, Kansas, when these two men died.

Alyssa had called, telling Adam that she had spoken to the coroner who did her father’s autopsy and said that he had a rather visceral reaction when she questioned him; and Alyssa told him if their hunches are correct, then her father killed Cliff for money, and Victor killed AJ to protect Adam. In the video, Adam tells someone, “My father really did it!” Then he tells Victor at Crimson Lights that he has proof that he (Victor) had killed the man in Kansas, to which Victor says there is no proof, and then Adam hands him the envelope and tells him if he (Adam) says the word, that Victor is going to go to prison!