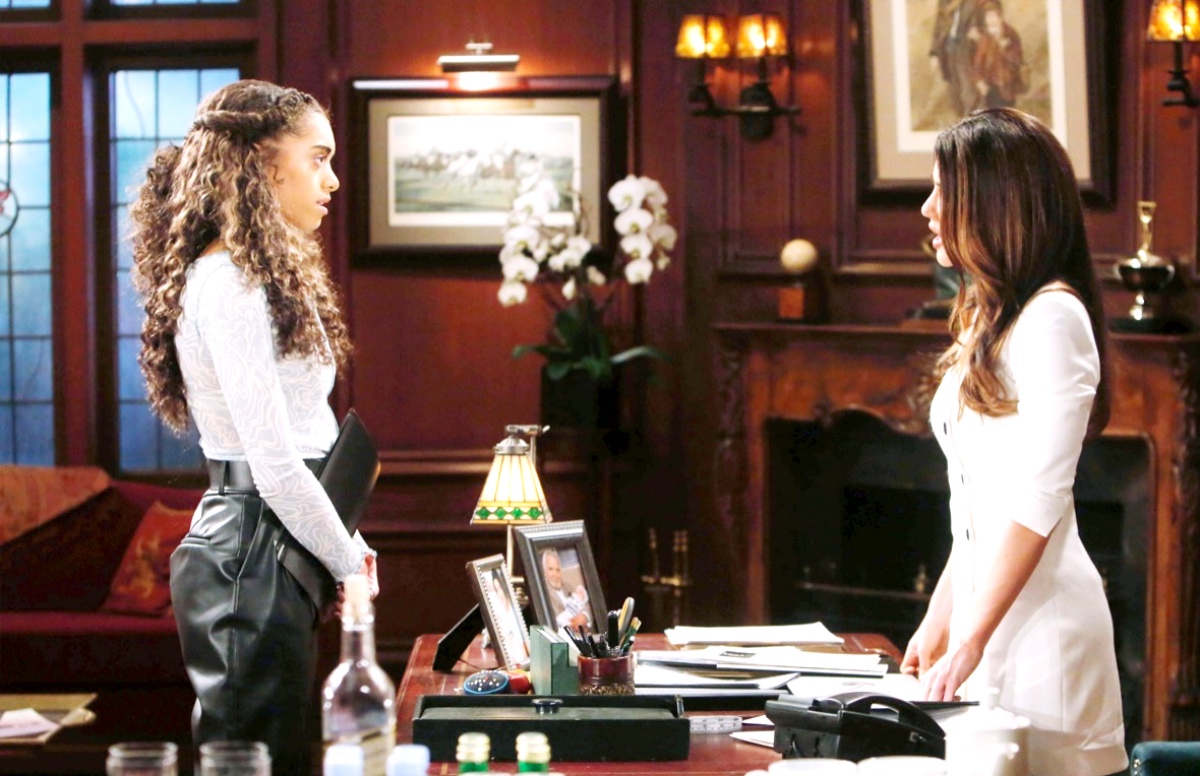 Viewers of The Bold and The Beautiful will recall that Zoe just came out of a very hurtful situation and she is concerned that this strange situation with Wyatt and Sally living together while Wyatt is still involved with Flo is just going to hurt all three of them and she expresses her concerns to Steffy. She is especially worried about Sally, because she knows that Wyatt can’t seem to stay with one woman (this appears to be a notable trait among all Spencer men!)

The Bold and the Beautiful Spoilers: Sally Gives Flo A New Reason To Be Suspicious

Sally has been hurt at least twice before by Wyatt leaving her to go back to Flo and now there is this really strange living arrangement between the three of them. Zoe just can’t quite figure out what’s going on there, and Steffy honestly can’t either – she had no idea about this.

She just thought that Wyatt had gone back to Sally to support her in her terminal illness – which thanks to Katie Logan Spencer (Heather Tom) she knew about but of course didn’t explain it to Zoe. She didn’t know that they had actually moved in together again! Steffy does find this strange – very strange. However, she tells what she can according to her limited knowledge of the situation and tells Zoe not to worry, that she has Sally’s back.

Wyatt does know Sally’s situation, as does Flo, but her terminal illness seems to be lasting a lot longer than the few weeks that Sally admitted she had been given to live. Her diagnosis was close to a month ago now and even though Wyatt and Flo certainly don’t want her to just hurry up and die, they have to wonder why she is not declining any faster than she has. Steffy has also wondered this – Sally still comes into the office and does what she can, she hasn’t requested sick leave or anything like that even if she doesn’t get much done.

She still wants to keep up with what’s going on at Forrester Creations, even if she doesn’t have long to live, let alone work. Zoe has noticed this too – she doesn’t know about Sally’s illness, but she does notice that Wyatt isn’t coming to her office like he used to, but then maybe that’s because they are living together. Zoe is puzzled as to why if Wyatt and Flo are together, why Flo isn’t upset that Wyatt is letting Sally live with him- why don’t they all three be roommates then? About all Steffy can say is that she doesn’t know – although she has a pretty good guess, which she doesn’t let on to Zoe. She’s sure that Flo knows about Sally and Sally knows about Flo!