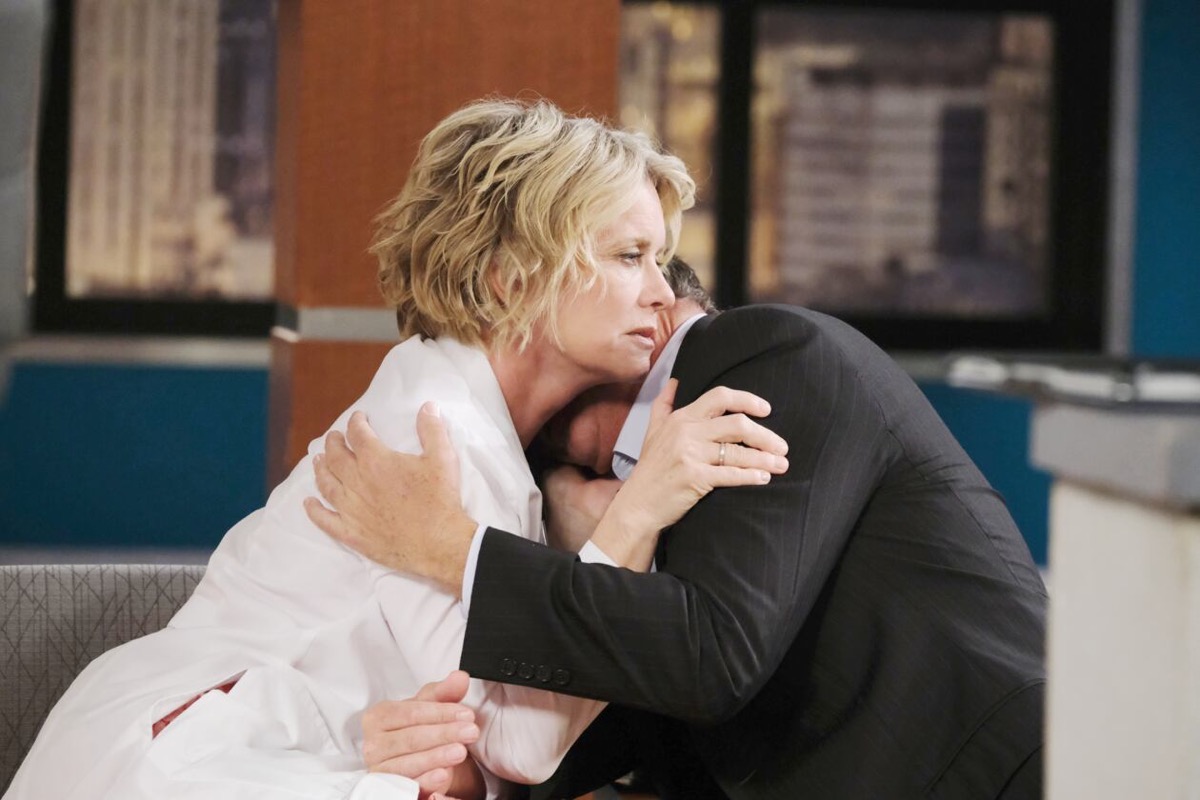 Days of Our Lives spoilers tease that there will be happy beginnings and happy endings this week on Days of Our Lives, as endless love abounds in Salem and couples reunite and commit to each other!

“Let your heart choose the man that you want to spend your life with” is Jennifer Deveraux’s (Melissa Reeves) advice to Kayla Brady (Mary Beth Evans) as Kayla is torn between Steve Johnson (Stephen Nichols), now that he has been freed from the “essence” of Stefano DiMera (Stephen Nichols) and Justin Kiriakis, (Wally Kurth) who she had been seeing for about the last year and had planned to marry, thinking that Steve was gone forever, especially since she had received divorce papers from him.

But then, she had no way of knowing that Steve had been taken over by Stefano in the same manner as Hope Brady (Kristian Alfonso) had been taken over by Princess Gina Von Amberg (Kristian Alfonso) for the past year and a half, either! It looks like she chooses Steve, since later on in the video it shows her kissing him in a hospital bed – complete with patch! Steve is definitely back as himself, patch and all!

Also this week, as shown in the weekly preview video, Xander Kiriakis (Paul Telfer) and Sarah Horton (Linsey Godfrey) marry in a small, intimate ceremony in the living room of the Kiriakis mansion; Sarah is dressed in a simple white wedding dress carrying a bouquet and Xander appears to have a flower from it stuck in the buttonhole of his suit jacket. Sarah looks surprised!

Meanwhile, Ben Weston (Robert Scott Wilson) and Ciara Brady (Victoria Konefal) are in bed, when Ben pops the question, and asks again, “Yes?” to which a happy and excited Ciara responds, “YES!” Perhaps they should get dressed and head downstairs so Xander and Sarah will have witnesses! Baby Mickey Horton (Josephine and Rosalind May) would be a little too young to be a witness – and who is officiating? Maybe it’s just one of those couple only commitment ceremonies for now, at least!

Chad DiMera Is Back To Being Himself And Proves It To Abigail DiMera, While John Black And Marlena Evans Cuddle On Their Couch

Chad DiMera (Billy Flynn) who has been under his father’s spell due to brainwashing, is back to being himself and proves it to his wife Abigail DiMera (Kate Mansi) as he pushes her down into bed and reassures her that she is the love of his life! Meanwhile, at John Black (Drake Hogestyn) and Marlena Evans’ (Deidre Hall) condo, they cuddle on their couch, grateful that John was able to rescue her from a life of being Stefano’s brainwashed bride!

Days Of Our Lives viewers will recall that both Steve and Marlena had chips in their brains controlling them and they undoubtedly have been removed and things should be getting back to normal for both couples. Chad was only brainwashed so that was probably gone once Stefano was gone from Steve’s brain.

Jack Deveraux (Matthew Ashford) and Jennifer get back to love business as they kiss passionately, and Lani Price (Sal Stowers) and Eli Grant (Lamon Archey) show their love for one another in a different way as they destroy some feather pillows in their underwear in their bedroom!