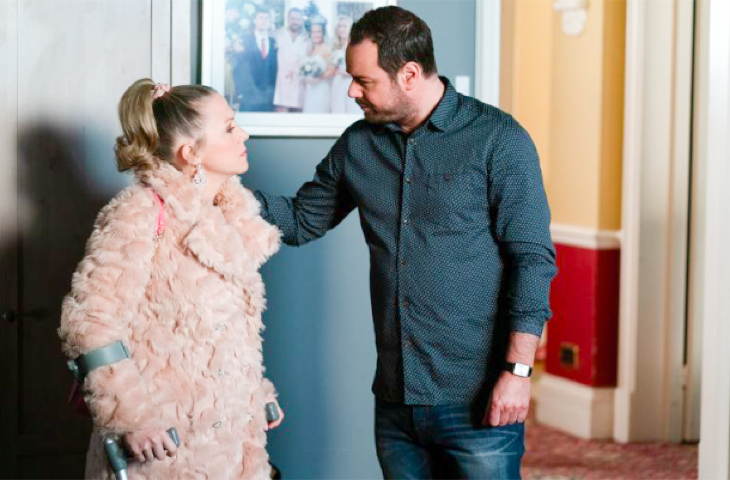 Eastenders spoilers suggest that the Carter family might have to face tragedy in the upcoming week. Despite the decision to give up The Vic, it might come a little too late. We already know that Linda Carter (Kellie Bright) takes a sip of vodka. But could that one sip turn into her downing an entire bottle? That is what the trailer suggests. Keep reading to find out more information about this storyline.

As fans have seen during the past few months, Linda has really struggled with her alcohol addiction. It led to some frightening situations, some of which she doesn’t even remember. Linda and her husband, Michael “Mick” Carter (Danny Dyer) even had to deal with social services when the school became concerned about their son, Ollie Carter (Harry Farr).

However, it seemed as if Linda was at a turning point. Unfortunately, it seems like she is back to a downward spiral.

Eastenders spoilers reveal that after Linda confesses to stealing a sip of Shirley Carter’s (Linda Henry) vodka, Mick makes a big decision The couple will move their family out of the pub and give up The Vic. However, the trailer suggests that the decision might come a little too late.

As previously reported, Linda takes a sip of Shirley’s vodka, but it appears that the one sip will turn into much more. In a video posted on Express, it clearly shows her taking an entire bottle and savoring the smell. It is getting more difficult for Linda to fight the urge to drink.

Tempted By The Bottle

It is implied that Linda won’t be able to resist drinking again. All it takes is one sip to bring her back to where she was not too long ago. The only thing is, her body isn’t used to having an entire bottle of liquor in her system anymore. Could she drink too much and end up with alcohol poisoning? That is what fans are concerned about and rightly so.

Let’s hope that the Carter family won’t have a tragedy on their hands when Linda can’t stop herself from being pulled in by temptation.

What do you think is going to happen with Linda Carter and her continuing struggle with alcohol? Could she end up getting alcohol poisoning when she drinks too much? How will Mick Carter handle the situation? Fans will have to keep watching the British soap opera to see how this storyline ends.