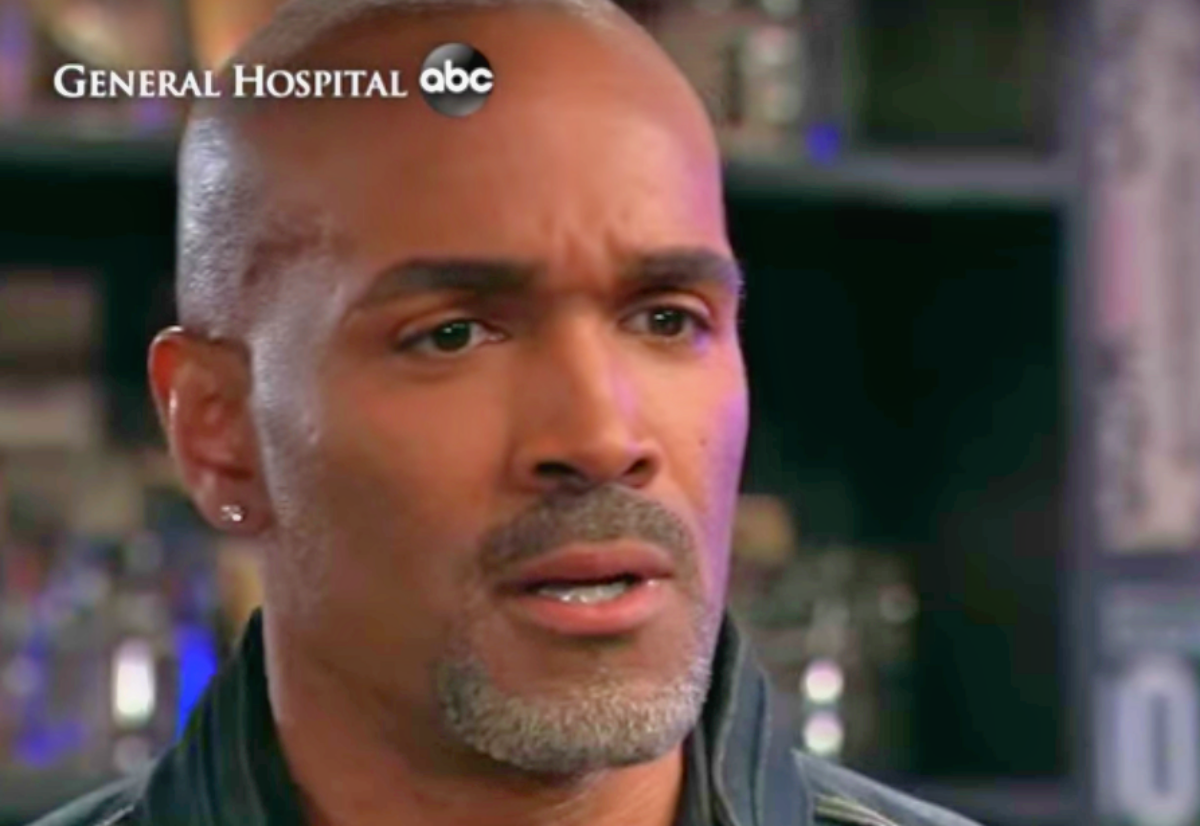 General Hospital spoilers tease that Curtis Ashford (Donnell Turner) wants to know more about Marcus Taggert (Réal Andrews) and will talk to Portia Robinson (Brook Kerr) about her late husband in an upcoming episode of GH!

Longtime General Hospital viewers know a lot about Marcus Taggert from when he was a staple in the Port Charles Police Department twenty-something years ago. Viewers were surprised when he turned out to be Trina Robinson’s (Sydney Mikayla) father and Port Charles Police Commissioner Jordan Ashford’s (Briana Nicole Henry) ex-DEA partner when he reappeared on the General Hospital canvas after so many years.

General Hospital Spoilers: Nelle Confronts Carly – Warns Her Not To Interfere With Wiley

Taggert was the bane of Sonny Corinthos’ (Maurice Benard) existence for many years, even back in Bensonhurst when Taggert, as a street kid, was mentored by Sonny’s abusive stepfather, Deke Woods (uncredited actor shown only in flashbacks) and Deke was his hero – and then Deke was murdered in an alley. Taggert saw Sonny there in the vicinity and blamed him, when it was really Joe Scully Sr. (Robert Miano) who murdered Deke, and that is what started Taggert’s years long vendetta against Sonny.

Portia may not know about Taggert’s history with Sonny, but then again, he may have told her, and that may be part of what Portia tells him. She may also know parts of his history with Jordan in the DEA, and that will be something that Curtis most definitely will be interested in although Jordan has come clean about most everything finally, at least as it relates to the original takedown of Cyrus Renault (Jeff Kober) and that she, Taggert, Marc Simon (uncredited actor) and Bob Massicotte (Randy J. Goodwin) finally had to frame Renault and plant evidence so that they could take him down!

It is this frame-up that has caused Cyrus to take revenge on the takedown team, murdering Simon and Massicotte and making it look like drug overdoses, and nearly getting Taggert with the same tactics, only he got away from them only to be shot in the process of trying to rescue his and Portia’s daughter Trina Robinson (Sydney Mikayla) when Renault’s henchmen kidnapped her and Cameron Webber (William Lipton) when they thought they were on the way to a dance!

Curtis may also want to know more about Taggert’s work in the DEA, and if he had ever told her any more details about the takedown of Cyrus Renault and his part in it. He may want details about exactly how Cyrus was framed and what evidence that might have been planted, and Marcus’ part in it, because they might need some of that information to use in their plan to exonerate Cyrus so that he will be more vulnerable and more easily taken down for something that he won’t have to be framed for.

Jordan may not have all the information that is needed and Portia may know some details that even Jordan doesn’t. They will need to know everything they possibly can about the takedown and how it took place originally, although he doesn’t tell her that they are blaming the dead task force members including Taggert for the frame so Jordan won’t get in trouble!