The Bold and the Beautiful News: Darin Brooks (Wyatt Spencer) Is Thinking Pink These Days 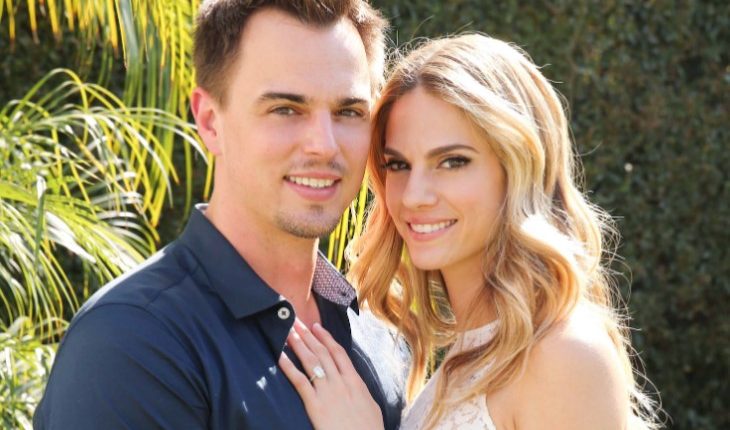 The Bold and the Beautiful star Darin Brooks is thinking pink these days and that’s because he’s got two very lovely ladies in his household right now: his wife, Kelly Kruger (Mac, The Young and the Restless) and their adorable daughter, Everleigh.

As a matter of fact, the actor, who is best known for his role as Wyatt Spencer on the hit CBS soap, says that he is getting in touch with the feminine side of life these days, which he doesn’t mind at all. Here’s what he has to say.

Speaking to Soaps in Depth in a new interview, Darin says that he doesn’t mind being outnumbered in his household right now. That’s because he grew up with a brother so, for that actor, this is a whole new experience for him. He told the publication, “I’m excited to see what raising a daughter will be life. It will be a cool experience for me because I love learning new things.”

With that said, Darin added that if there’s one person who is particularly excited about his daughter, it’s his mother, as she has always wanted to have another girl join the family. Darin’s parents currently live in Hawaii and even though both he and Kelly are in Los Angeles, they plan on making plenty of trips to see the grandparents in the future.

The proud father added, “she has always wanted a girl, so she loves it. She was championing for a granddaughter the whole time, saying, ‘I need someone to spoil and give jewelry to, so get on that!’ When she found out we were having a girl, she was super excited.”

B&B News – What’s Next For Darin Brooks And Kelly Kruger?

Seeing just how much both Darin and Kelly loving being parents, we have a feeling that they might be thinking about expanding their family in the future if they haven’t thought about that already. There’s a very good chance that the soap couple might end up having their own little army of children sooner rather than later. At least, that’s what their fans are hoping for!

In the meantime, don’t forget to come back right here for all the latest news and updates on all of your favorite soaps including The Young and the Restless, The Bold and the Beautiful, General Hospital and Days of Our Lives.