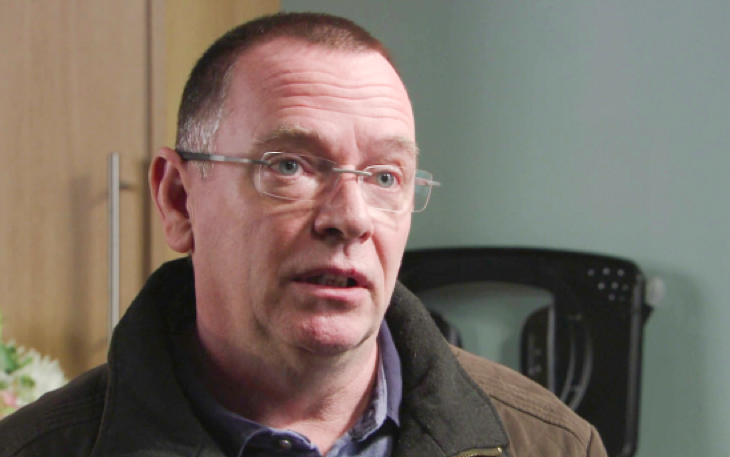 Eastenders spoilers reveal Ian Beale (Adam Woodyatt) could be forced to make a drastic decision. With Dotty Cotton (Millie Zero) putting increased pressure on him regarding the truth about Dennis Mitchell’s (formerly Bleu Landau) death, he has some decisions to make. He will never admit that he was responsible. His only option might be to leave Albert Square because Dotty will “never forget.”

For the past few weeks, Ian has been keeping a dark secret and that is his role in Dennis’s death. He has been desperate for it not to be found out, not just because of the possible legal ramifications. But due to how Sharon Mitchell (Letitia Dean) will react. He is doing everything in his power to take the secret to his grave. However, secrets have a way of always coming out in the soap universe and this is no exception.

Eastenders spoilers reveal that Dotty has been blackmailing Ian. Even though he stands up to her, this story is far from over. Filled with emotion at Dennis’ funeral, she makes it clear that she isn’t doing this for money. Expect a lot more tense interactions between the two characters and things heat up in the next few weeks.

On Monday’s episode, Ian’s secret was almost exposed. Not only did Sharon have an outburst over Denny’s favorite pizza, but Dotty nearly told Michael “Mick” Carter (Danny Dyer) the truth about the tragic passing of Sharon’s son.

Realizing that this is not about money, but about justice, Ian knows that Dotty could reveal the truth at any time. She nearly told Mick what really happened tonight. We also know that she comes close to confiding in another character, but ends up not saying anything. It’s only a matter of time before Dotty can’t take it anymore and reveals the truth. This makes Ian consider leaving Albert Square before the truth gets out.

Eastenders spoilers reveal that Dotty has made it clear to Ian that Denny didn’t deserve to die. Her interest is not money, but getting justice for her friend.

She said, “I know that that little boy didn’t deserve any of this. He deserves justice and he will get it… Well, I don’t forget. And liars have to pay.”

When do you think the truth about Dennis’s death is going to come out? How will Ian deal with this and explain his actions? Fans will have to keep watching to see what happens next.