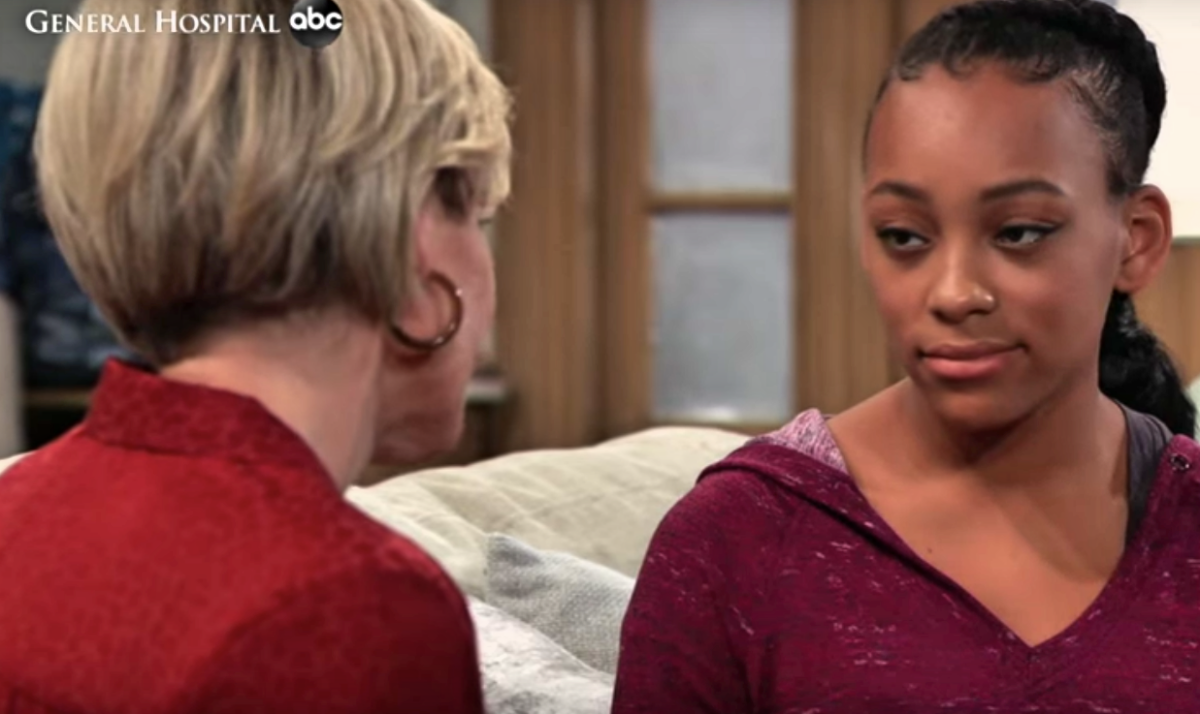 General Hospital Spoilers hint that Trina Robinson (Sydney Mikayla) will be approaching Ava Cassadine (Maura West) for advice. Ava and Trina’s friendship has continued to grow, especially with the loss of Trina’s father, Marcus Taggert (Réal Andrews). She will soon approach her on two different occasions for advice, what might be the reason for her asking for Ava’s advice?

Trina has looked up to Ava since the day she came into the art gallery hoping to get the mentorship, but now that she is going through something similar to Ava, she may feel that it is easier to approach Ava for answers on how to handle things as she may feel more comfortable being around her because she will be treated the same as she was before.

General Hospital Spoilers: Carly Sees Brando’s Softer Side – Could Sonny Have Some Competition?

She thinks that everyone else is treating her differently. This causes her to feel like she is losing her old sense of normal. As viewers may know, Ava lost her daughter to Ryan Chamberlain (Jon Lindstrom) back when she thought that he was Kevin Collins (Jon Lindstrom).

This leads to her grieving in unhealthy ways, but she was soon able to make through and get back to normal. When she met Trina, she felt that Trina was similar to Kiki Jerome (Hayley Erin) in many ways and decided to take her under her wing.

It seems that Trina’s grieving may not be the only thing that leads her to seek advice from Ava. She may decide to tell Ava about what might have happened between her and Cameron Webber (William Lipton). As they recently shared a kiss with each other. It will be interesting to see what kind of advice that Ava may give to Trina.

Viewers can look forward too many scenes between Ava and Trina in the upcoming episodes as Trina seeks the advice from Ava. Trina will also overhear something that will make her angry, could this have to do with Curtis Ashford (Donnell Turner)? What do you think? What advice will Ava give to Trina? What do you think Trina will overhear that will set her off? We’ll give you updates as GH news comes in. Stick with the ABC soap, and don’t forget to check HH often for the latest General Hospital spoilers, updates, and news.