‘The Bold and the Beautiful’ Spoilers: Flo Is Back In The Danger Zone – Questions Sally’s Illness 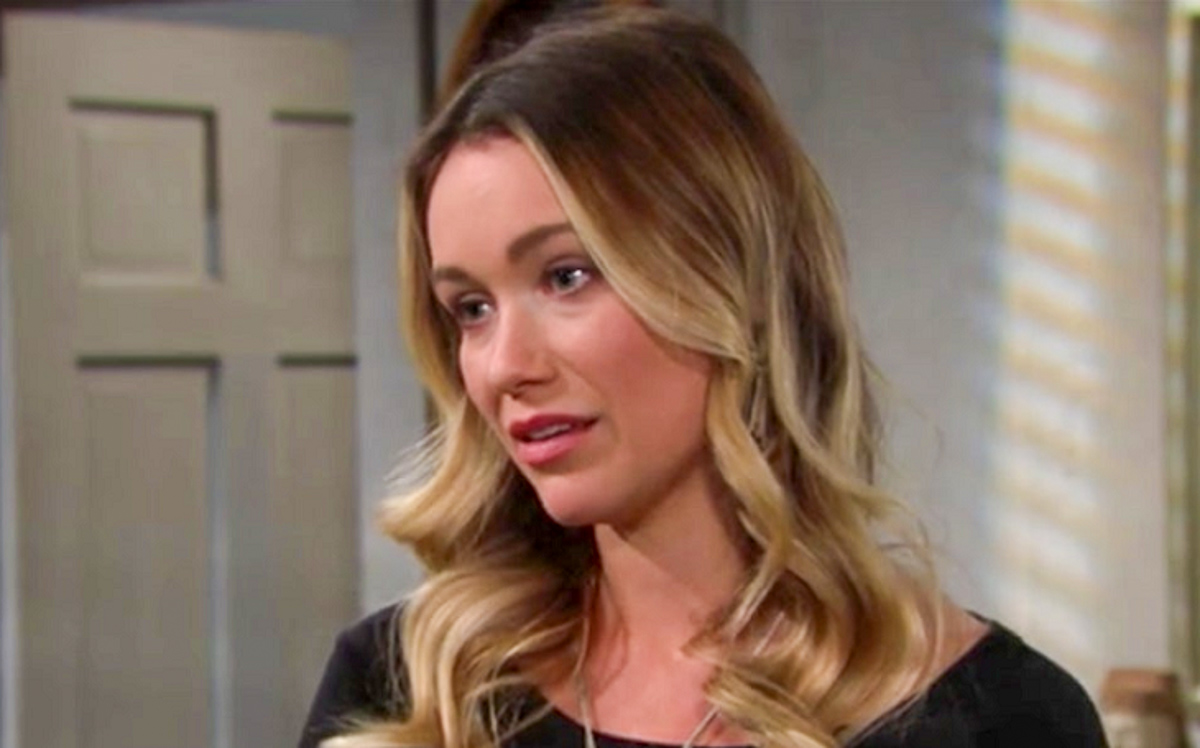 The Bold and the Beautiful spoilers tease that Flo Fulton’s (Katrina Bowden) curiosity about Sally Spectra’s (Courtney Hope) illness is heartfelt, for now. It’s natural for anyone who knows Hope’s character to have questions about this sudden, terminal situation. So, Flo’s visit with Dr. Penny Escobar (Monica Ruiz) makes sense.

Viewers were stunned to learn that Penny is more than a doctor, she’s also Sally’s friend. Dr. Escobar’s desire to leave the medical field and work in the fashion industry is causing her to go along with Sally’s incredible ruse.

Flo, like her renewed significant other, Wyatt Spencer (Darin Brooks), is sincere in supporting Sally during what are thought to be her final days. But fans are right to believe that Bowden’s character is primed to expose Sally’s plight as a lie.

Sally believes that Wally was the best relationship she’s ever been in. Considering that both editions were short-lived, that’s a somewhat sad commentary on her romantic past.

Sally returned to Los Angeles, California, last year. She left for a brief period, along with her grandmother, or grams, as Sally calls Shirley Spectra (Patrika Darbo), and the other members of Spectra Fashions. Bill Spencer’s (Don Diamont) efforts helped to end that enduring business.

Wyatt happened upon Sally, they hit it off and became a quick couple. Wally’s first edition was a lot of fun until Flo came back into Wyatt’s life.

Wyatt was stunned by the unexpected appearance of Flo in LA. He and his mother, Quinn Fuller (Rena Sofer), her last name at the time, needed to bolt from Las Vegas, Nevada, many years ago. That was necessary due to Quinn’s involvement in underground activities.

The Bold and the Beautiful Spoilers: Ridge Chooses Shauna – But He Already Has Doubts https://t.co/99rXOUVBrr pic.twitter.com/CPcv6nztWU

B&B’s writing staff enhanced Wyatt and Quinn’s backstory by creating two characters, Flo and her mother, Shauna Fulton (Denise Richards). Wyatt and Flo were said to be high school sweethearts, with Brooks’ character guilty of never having said goodbye due to the circumstances of the Fuller’s exit from Vegas.

Sally knew Flo’s return created a challenge. Within a relatively short time frame, Wyatt’s feelings were revived. He then unjustly decided to give Sally the boot because she hadn’t passed along information about her former boyfriend’s, Thomas Forrester (Matthew Atkinson), plan to break up Lope.

Penny is voluntarily helping Sally by offering a false diagnosis. Sally is promising Penny access to a career in fashion in return for furthering the imminent death ruse.

Flo’s initial questions to Ruiz’ character opens a door, with plot paths to followup visits with this conflicted doctor now seemingly established. Penny is the weak link in Sally’s scheme to win back Wyatt. Flo’s need to reveal this information is pressing, though she doesn’t possess needed information to expose the role that Sally is currently playing.