The Bold and The Beautiful Spoilers: Sally Loses Everything After Fake Illness Exposed? 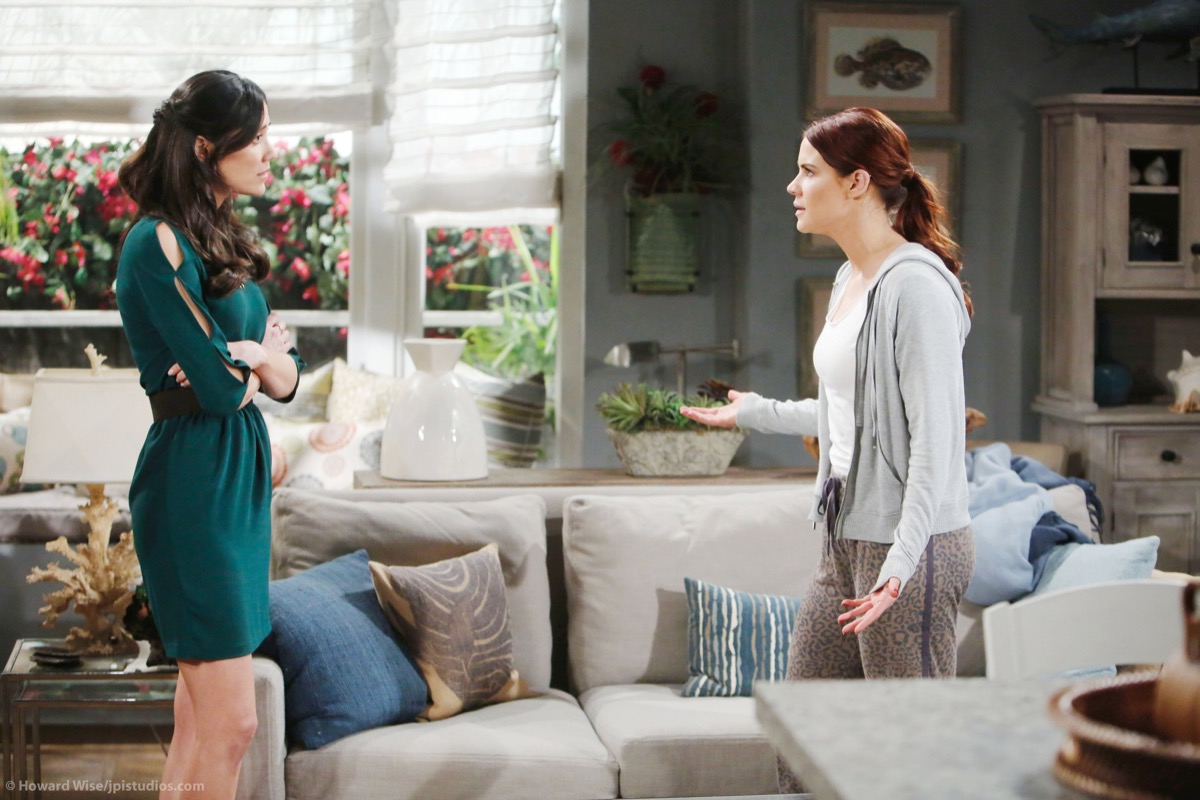 The Bold and the Beautiful (B&B) Spoilers hint that Sally Spectra II (Courtney Hope) may be at risk of losing her job after her secret comes out. Sally has been lying about her illness, and her secret may come out. Will she lose the guy that she wants and also her job as well?

The Bold and the Beautiful Spoilers- Sally Tricks everyone

Sally has a plan or more like a scheme in order to get Wyatt back. However, her plan has helped her not only get Wyatt Spencer (Darin Brooks) but has also helped her career at Forrester Creation. Since many people still think that Sally is dying, they have tried to make her lasting days special. This has included her being able to work side by side with Ridge on his line as well as being able to be close to Wyatt since he thinks that she does not have long to live.

However, Flo Fulton (Katrina Bowden) will soon wonder if Sally is being truthful or if there is more to the story. This will mean that she will try to find out herself what Sally is hiding, which will mean that Sally’s lies may be exposed to the light soon.

Even if Sally finds out that Flo is on to her and manages to find a way to stop her from searching for the truth, Flo is not the only one who is suspicious about Sally’s illness. As Zoe Buckingham (Kiara Barnes) is also wary of Sally’s sudden illness and the situation it has put Sally, Flo, and Wyatt in.

When the truth does come out, it is possible that Sally may lose her job because of it. As she has not only betrayed the trust of Wyatt but so many others, including her bosses, who only gave her the new position because they thought that her work was not up to par only because of her illness.

It could be that Sally will not only lose Wyatt, but she will also lose her job in the process. What do you think? Will Sally get away with her plan, or will she be caught red-handed? Who do you think will catch Sally in her lie? We’ll give you updates as other B&B news comes in. Stay tuned to the CBS soap, and don’t forget to check CTS often for the latest Bold and the Beautiful spoilers, updates, and news.