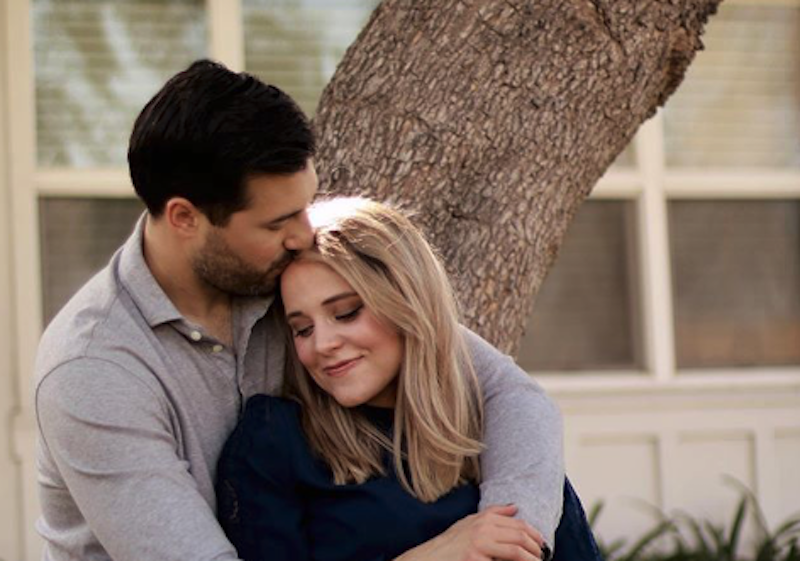 Jinger Duggar is sparking the pregnancy rumors once again. This comes after she posted a cryptic message on one of her Instagram posts. It all started on Friday, March 20 when the Counting On star took on a musical challenge started by Jeremy Vuolo’s mom. Ever since she posted the infamous video, Counting On fans have been wondering.

As per In Touch Weekly, Jinger posted this video of herself playing the piano with her adorable daughter, Felicity, by her side. The video shows her wearing a navy-blue hooded sweatshirt with a Nike baseball cap. Jinger shows off her piano playing chops. Even her daughter is impressed and wants in on the fun.

'Married At First Sight' (MAFS) Poll: How Can The Couples' Retreat Be Successful? #MAFShttps://t.co/sAtKacmd78

Diana Vuolo’s original post that featured Jeremy’s sister Valerie Vuolo did not include any similar hashtag. The same goes for Erin Paine’s Instagram post when she took on the challenge. None of the posts underneath the hashtag “#wholeworldsings” makes no mentions of pregnancy.

Duggar fans were quick to notice the hashtag and its timing. Now, it’s all they’re talking about this weekend. “I think Jinger is pregnant again,” one follower wrote. “Are you pregnant!? The hashtag you used…” another fan added. “Are you expecting again? Congratulations!” a third fan wrote.

Other Counting On fans tried to get the pregnancy rumors swirling. Meanwhile, other fans were quick to shut them down. They feel that only Jinger can address these rumors and no one should speculate on her behalf. Others were getting tired of Jinger causing the pregnancy rumors to swirl when she’s not pregnant.

The last time she caused the pregnancy rumors to swirl was back in December 2019. In the comments section of an Instagram post, Jeremy shut down the rumors with the joke, “I’m not. But now I know I need to lay off the Christmas cookies.” He responded to a fan who asked if the couple was pregnant.

What are your thoughts? Do you believe that Jinger Duggar is pregnant? Sound off below in the comments section.