Young and the Restless Spoilers: Chance and Abby Plot Against Phyllis – ‘Red’ Gets Brutal Payback 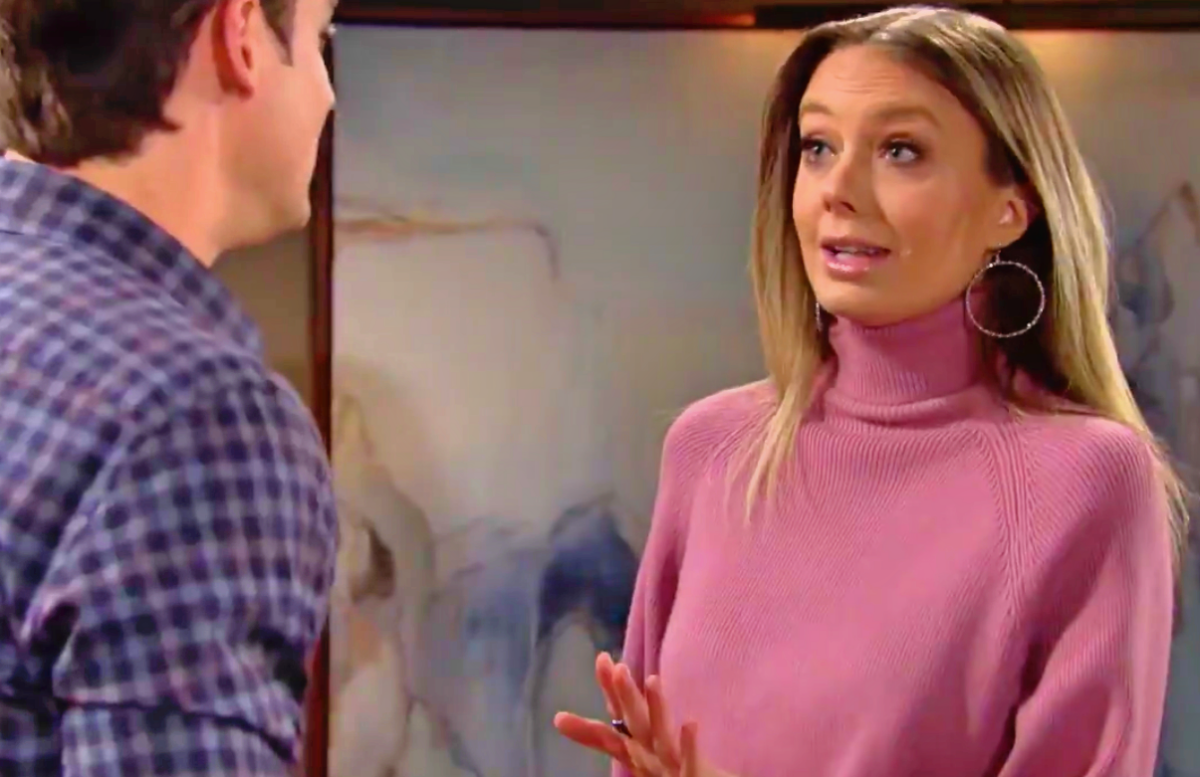 As viewers of The Young and The Restless will recall, Phyllis tried to bring trouble down on Chance’s head when she had a waitress in Las Vegas bug the table he sat at with Adam Newman (Mark Grossman) when they were discussing someone that apparently one of them killed!

Or at least that’s what Phyllis took them to be talking about! Chance and Abby then proceeded to retrieve what they hope are all copies of the conversation that Phyllis had recorded, Abby destroyed her laptop by pouring water in it and conned the bank, disguised as Phyllis, into opening Phyllis’ safe deposit box!

They thought they were safe – but apparently they are not and Phyllis uploaded the intel to the cloud and has another copy somewhere and now they are back to square one! Phyllis also managed to get the Grand Phoenix out from under Abby and she let her – because she’s going to drive Phyllis out of business with her bigger and better new hotel which will be right across the street from the Grand Phoenix!

Chance and Abby have to make absolutely sure that Phyllis cannot expose the Vegas secret! Even Abby doesn’t know exactly what it is, except that it has to do with when Adam and Chance were in Las Vegas and Adam had amnesia and went by the name “Spyder”. Adam had apparently saved Chance from being shot, but in the process a man died. Adam had mentioned to Chance that he didn’t expect the man to rush at him, and there were payments paid to the widow of the man by Adam and a lot of hush money had exchanged hands.

The widow had been asking questions about where the secret money that her husband had had went to – and it sounded a lot like this could have been connected to the Simon Black (Jeffrey Vincent Parise) case that Chance had been working on that brought him back to Genoa City several months ago.

‘The Young and the Restless’ Spoilers: Billy Selfish and Out of Touch With Reality – Victoria’s Family Saves Her https://t.co/dkivcXYETV pic.twitter.com/0jpoUy9Zjb

Simon had wanted to know where some money had gone too, that had apparently been owed him by Chelsea’s late husband Calvin Boudreaux (John Burke). But then there is a lot of money floating around Las Vegas, a lot of loan sharks, and a lot of gambling debt so the two cases may not be related at all!

How Much More Can Chance Chancellor And Abby Newman Do To Prevent Phyllis Summers From Bringing More Trouble?

How much more can Chance and Abby do to prevent Phyllis from bringing more trouble? They discuss it among themselves and one thing they are absolutely NOT going to do is pay her for her silence. That’s hush money and she could milk them dry for years! There has to be SOMETHING they can do.

Adam is involved in something else about Victor Newman (Eric Braeden) right now so Chance isn’t going to bring him on this problem. And Phyllis seems to be satisfied having the Grand Phoenix back for the time being, but they can’t assume she’s not just waiting for the right time to strike again! They will have to come up with another solution!