Days of our Lives Spoilers: Angry Eric Confronts Nicole When He Realizes She’s Been Lying To Him 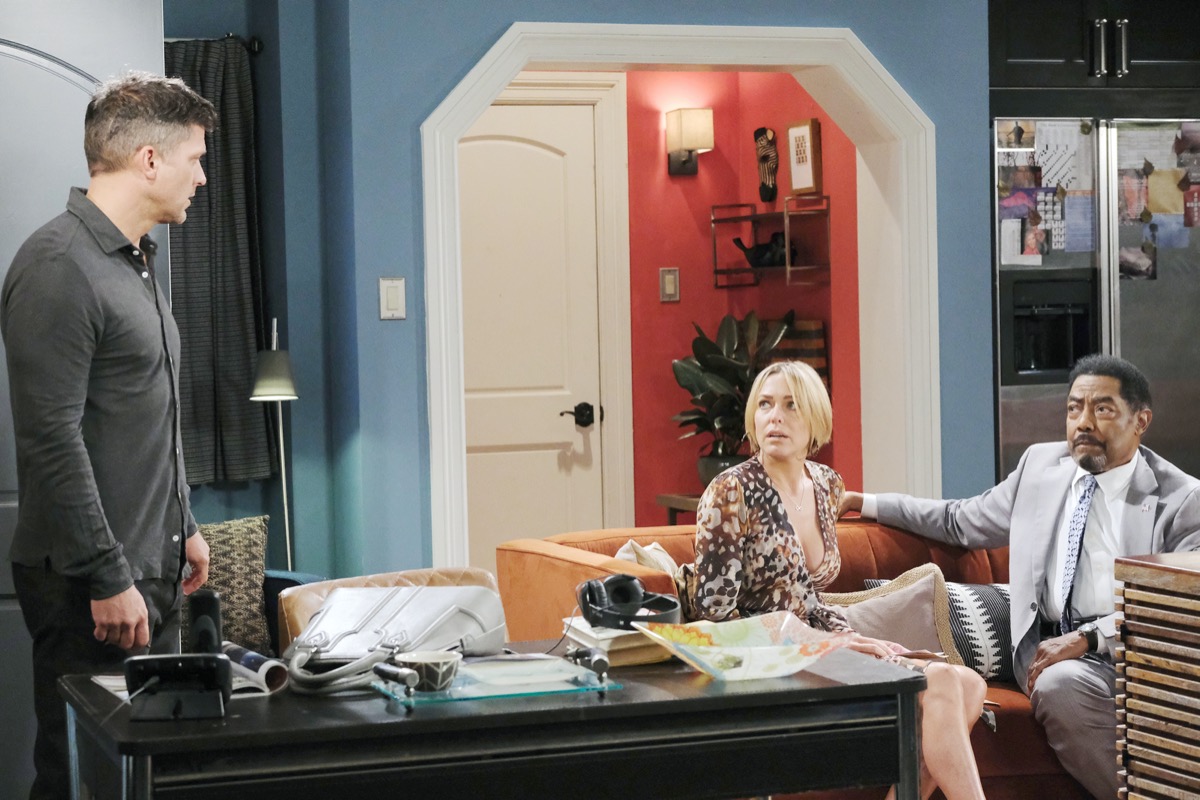 Days of Our Lives spoilers tease that an angry Eric Brady (Greg Vaughan) will confront Nicole Walker (Arianne Zucker) when he realizes she’s been lying to him on an upcoming episode of Days of Our Lives!

DOOL Spoilers: Nicole Walker Knows That Mackenzie Horton Is Really Rachel Isabella Black But Wants Proof Before She Says Anything

Days of Our Lives viewers will recall that Nicole is in a very difficult situation with her suspicions that Xander Kiriakis (Paul Telfer) was involved in a baby swap of Brady Black (Eric Martsolf) and Kristen DiMera’s (Stacy Haiduk) live baby, Rachel Isabella Black (Josephine and Rosalind May) with Eric and Sarah Horton’s (Linsey Godfrey) dead baby, and Nicole figured everything out when she overheard Xander and Dr. Amanda Raynor (Victoria Platt) having suspicious sounding conversations.

Days of Our Lives Spoilers: 2 Women Have a Mental Breakdown, But Only One Might Recover

Then she recently found out not only that Rachel had a birthmark on her neck, Mackenzie has one that matches the description that Brady had told her! Xander went to Salem University Hospital and paid a lab tech to falsify the DNA results of the swab from the baby’s mouth and hair pulled from Kristen’s head in a fight with Nicole, and she also had run into Dr. Raynor as she was leaving to move to take a job elsewhere!

Then she told her suspicions to Abe Carver (James Reynolds) who told her he knew where Dr. Raynor had moved! Nicole then told Eric that she had to go to New York City on business, but Brady then visits with Eric and tells him that Nicole didn’t have any business trip to New York City! Eric and Nicole had made a pact that they would always be completely honest with each other and that there would be no more lies like when she kept what she believed at the time was Mackenzie’s true paternity from him for over a year! And now she’s lied to him about a business trip and he is livid – what is she hiding from him now?!

Days of Our Lives Spoilers: Nicole Walker Returns Home With The Answers She Needs And The Confirmation The Babies Were Switched

Nicole returns home with the answers she needs and the confirmation that the babies were switched, but now she has to deal with an angry Eric who wants to know why she lied about going to New York on business and what is going on! She is not prepared to just blurt out to him that his and Sarah’s baby died and that Mackenzie is really Brady and Kristen’s baby, but she has the proof after confronting Dr. Raynor!

She knows that she will have to tell him but he needs to be prepared, and he is definitely not prepared to do anything but lash out in anger, and this is not yet the time or the place. Sarah has to know also, and of course Brady and Kristen have to know, and all this with figuring out how to do it safely with Xander not retaliating with a gun or some other method that would be dangerous! After all, Nicole knows how dangerous Xander can be and she will have to figure out how to calm Eric down before she tells him or he might kill Xander as angry as he is now at her!