Days of Our Lives Spoilers: Brady Tells John About Birthmark Bombshell – But Keeps It From Kristen 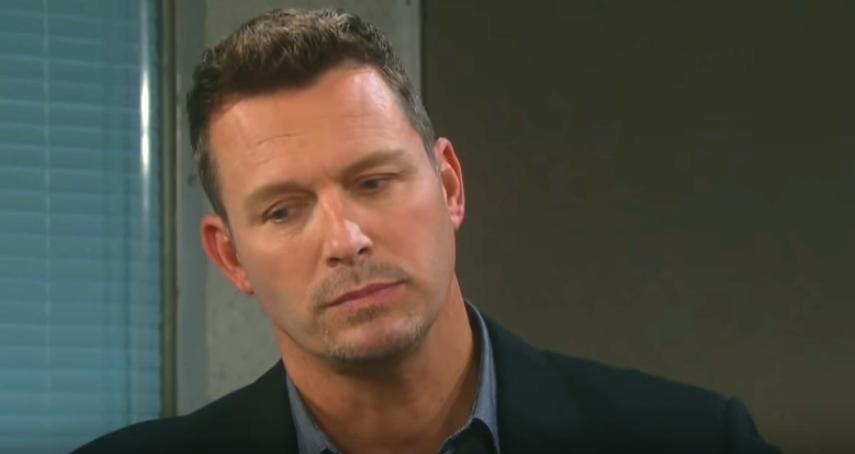 Days of Our Lives spoilers reveal that Eric Brady (Greg Vaughan) goes on a search to find out why Nicole Walker (Arianne Zucker) lied about her trip. Brady Black (Eric Martsolf) offers to babysit and is puzzled about the child’s birthmark. He tells John Black (Drake Hogestyn) about it, who insists it can’t be a coincidence. However, Brady decides to keep his observation from Kristen DiMera (Stacy Haiduk).

DOOL spoilers reveal that Eric will be on the search to figure out why Nicole lied to him about why she was traveling to New York. She told the man she loved that it was for business. However, Brady informed his brother that Nicole had no Basic Black business in the Big Apple. Wondering why she lied, Eric decides to talk to Abe Carver (James Reynolds).

Brady decides to take this opportunity to ask Eric if he can babysit Mackenzie “Mickey” Horton (the May twins). He loves spending time with the little girl, even though he doesn’t realize yet that the child is his biological daughter.

While watching the child, Brady notices the heart-shaped birthmark on Mickey’s neck. He is “puzzled” because it’s so similar to the birthmark that his dead daughter had, and in the same spot too. He decides to get a second opinion on the matter.

In his heart, everything is telling him why the children have matching birthmarks. However, he can’t wrap his head around that and tries to rationalize that it’s just a coincidence.

Days of Our Lives spoilers reveal that Brady decides to talk to his father about the birthmark bombshell. In the latest issue of Soap Opera Digest, actor Eric Martsolf discussed the storyline and confirmed that John tells Brady that there is no way that the birthmarks are a coincidence.

“John, being a little bit outside of the scenario, thinks it’s a lot more than a coincidence.”

Days of Our Lives Spoilers: Not Telling Kristen DiMera

Later, Brady is talking out loud to himself (like many soap opera characters do) and in walks Kristen. She happens to overhear part of what he is saying. However, she covers for himself and doesn’t tell her about his discovery.

“As much as he wants to share his suspicions with her that Mackenzie may be their child, he wants to preserve that secret until he’s absolutely sure and has positive proof of it. He doesn’t want to risk giving false hope to the love of his life. He’s protecting his woman.”

However, it will only be a matter of time before Brady and Kristen are informed by Eric that Mickey is indeed their daughter.