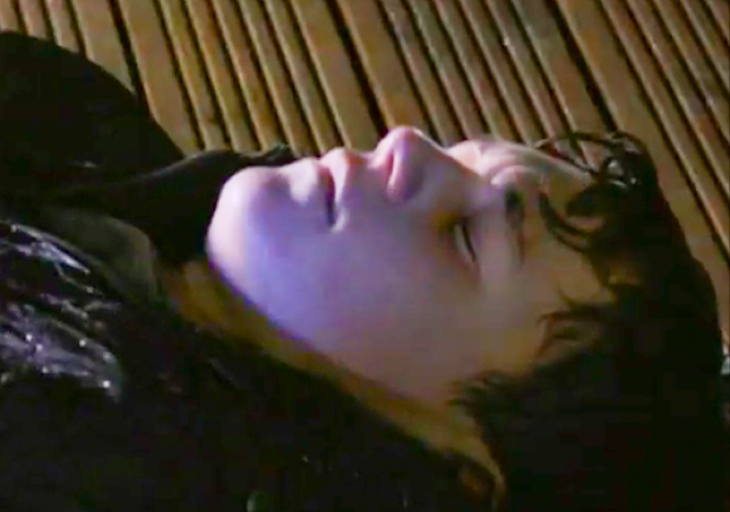 Eastenders spoilers reveal that eventually, the truth about Dennis Mitchell’s (Bleu Landau) will be revealed. First of all, it’s not a matter of if, but when. How will Sharon Mitchell (Letitia Dean) react when she finds out the news? Plus, will Phil Mitchell (Steve McFadden) dole out lethal consequences? Keep reading to find out what could happen next on the soap.

During the 35th-anniversary episode, fans were shocked to discover that the teased death wasn’t an adult, but a teenage boy. The events surrounding Dennis’s death were a bit complicated, too. Even though Phil did set the wheel in motion, he isn’t responsible for Dennis dying. The blame rests solely on the one person that Sharon is leaning on for support — Ian Beale (Adam Woodyatt).

Eastenders spoilers reveal that Ian has come close to Sharon finding out the truth on a few occasions. At the very least, certain things would make her start asking questions. One example is the phone that Ian got ahold of after rummaging through Dotty Cotton’s (Milly Zero) to get the keys to The Arches. Ian almost getting caught with the phone, which had a voicemail from Dennis, is what led to Ian destroying it.

However, he still has the issue of Dotty, who could reveal the truth if she doesn’t get what she wants. Even though she is blackmailing Ian, there is a sense of guilt coming from her. It’s possible that Ian will be found out by Dotty. Could she decide to do the right thing and tell the truth about what she knows?

When the truth comes out, Sharon will feel stunned and betrayed. After all, she is close to Ian and the two used to have a relationship. She considers him a good friend and has really been leaning on him for support through all of this. After the initial shock wears off, how will she handle the bombshell?

Eastenders spoilers reveal that Phil loved Dennis like his own son. He fought back tears when he saw that paramedics were not able to revive the teenage boy. So, when he finds out that Ian is responsible and not him, that guilt will turn to fury. It would be no surprise if Phil doled out lethal consequences and made Ian pay for Dennis’s death with his own life.

How do you think the truth is going to come out? How will Sharon react to Ian’s actions, betrayal, and secret? Will Phil react by enforcing “an eye for an eye?”