General Hospital Spoilers: Cam and Trina Have Their First Date – Will It Work This Time? 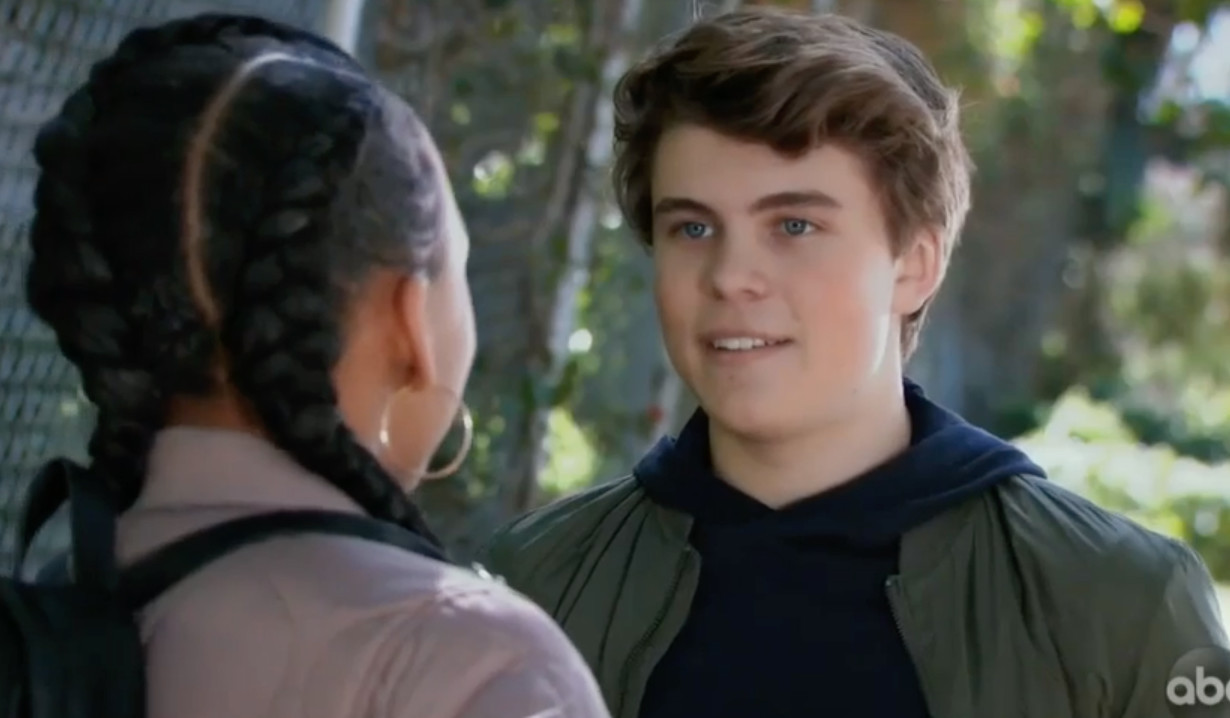 General Hospital (GH) tease that something changed between Trina Robinson (Sydney Mikayla) and Cameron Webber (William Lipton) after the events of what was supposed their first date. They were going as just friends, so Cameron could finally tell Josslyn Jacks (Eden McCoy) that he has romantic feelings for her.

But Cameron and Trina never made it to the dance. Instead, some of Cyrus Renault’s (Jeff Kober) men kidnapped them to get to Trina’s father, Marcus Taggert (Real Andrews). Taggert unfortunately died that night, after making sure that Trina was safe. Since then, Trina has been understandably acting out a bit. While they were visiting Joss, Cam and Trina were talking outside and ended up in a case.

General Hospital Spoilers: It was impulsive

It was an impulsive kiss, for certain, but the feeling behind them seemed to be very real. Now perhaps, at a later date, after the events of that night are little more than a bad memory, they might feel differently. But t least for now, Trina and Cameron have found a new found closeness that very well be romantic. The kiss was certainly heartfelt. But both of their emotions are all over the place right now. Dealing with normal teenage age things plus way too much death and violence. They probably have no idea how they actually feel, but they probably owe it to each to find out if the kiss really meant something or not.

The only way for Cameron and Trina to know if their emotions were getting in the way or if they have feeling for each, would be to go out on a real date. Trina’s father just died, so they should a little while, but both owe it to themselves to see if their real loves were right in front of them the whole time? And replacing the bad memories of that night with something fun and happy may be the best medicine. But the truth is that they are still kids and they have plenty of time to make the serious choices, for now they should be enjoying the end of childhood.

Do Trina and Cam have real feelings for each other? Or is their shared experience with the kidnapping just making them more emotional? Will they decide to go on a real first date? Love may be blossoming in Port Charles. so stay tuned to General Hospital airing weekdays on ABC. And don’t forget to check back here regularly for all your General Hospital news, information and spoilers!