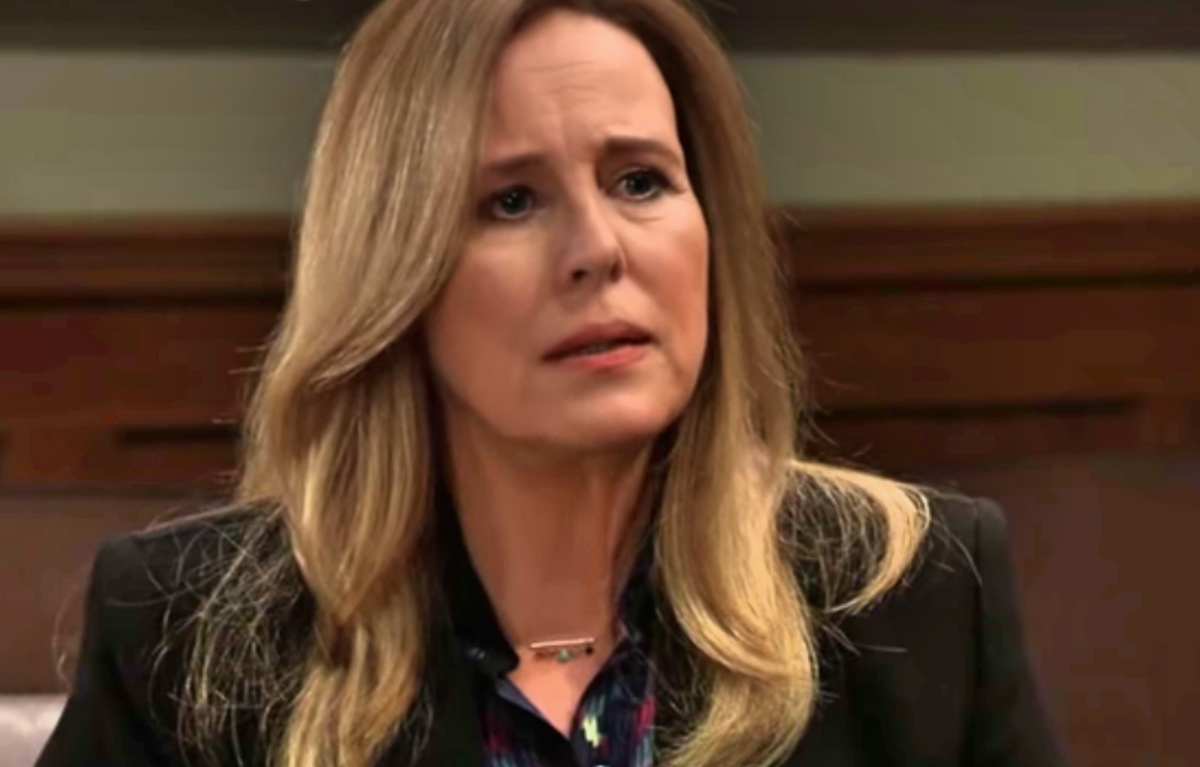 General Hospital spoilers tease that Mayor Laura Collins (Genie Francis) will tell District Attorney Robert Scorpio (Tristan Rogers) that she has a few plans of her own for Cyrus Renault (Jeff Kober) in an upcoming episode of GH!

Mayor Laura Collins Has Had Enough Of Cyrus Renault

Mayor Laura has had quite enough of Cyrus, especially after the kidnappings that have taken place of young people. Cameron Webber (William Lipton) is like a grandson to Laura, since her son Lucky Spencer (Jonathan Jackson) had adopted Elizabeth Baldwin’s (Rebecca Herbst) two older sons when the two of them were married. Aiden Webber, (Jason David) of course is Lucky’s natural child.

General Hospital viewers will recall that she had some discussions recently with Sonny Corinthos (Maurice Benard) and Jason Morgan (Steve Burton) about their helping take down Cyrus – in other ways then giving him an all expense paid trip to the Pine Barrens! She had told Sonny one reason that he and his “business” was tolerated in Port Charles was because of his stance against drugs, and up till now, he had helped keep drugs out of Port Charles. Now she has some ideas and plans of her own for Cyrus, and she meets with Robert to tell him about them.

Laura and Robert may or may not know about the plan to exonerate Cyrus that Port Charles Police Commissioner Jordan Ashford (Briana Nicole Henry) recently put into place, that would free Cyrus and make him more vulnerable to being taken down, whether it be by police, DEA, or enemies such as Sonny and Jason.

Robert may know the part about Jordan finding irregularities and discovering that Marcus Taggert (Réal Andrews) and the others manufactured evidence in order to frame Cyrus, however, because in order to exonerate Cyrus and set him free, Robert as District Attorney would have to do some paperwork.

For Sonny and Jason’s part, they know that once freed, Cyrus may have more enemies who could come out of the woodwork – perhaps someone from the Five Families, because Cyrus is probably not basing his East Coast business primarily in Port Charles, it is just part of the route for moving his deadly cargo of illegal drugs. He may well be infringing on the territories of the Five Families as well; and it’s unlikely that he has struck up any deals with them without Sonny knowing about it!

Laura may have thought she had Cyrus under control by having him put in solitary confinement but obviously she didn’t solve the Cyrus problem and now she knows there is a much bigger problem within Pentonville Prison of corruption among the prison guards and possibly even the prison officials. Perhaps she wants to offer him a deal to rat out the corrupt officials in the prison system before she will allow him to be released, and this is what Robert and Laura will discuss in their meeting about her plans for Cyrus!