The Bold and the Beautiful April 1 Update: Shauna & Ridge Ready for Sin City Sparks – Bill Backs Off Katie for Now 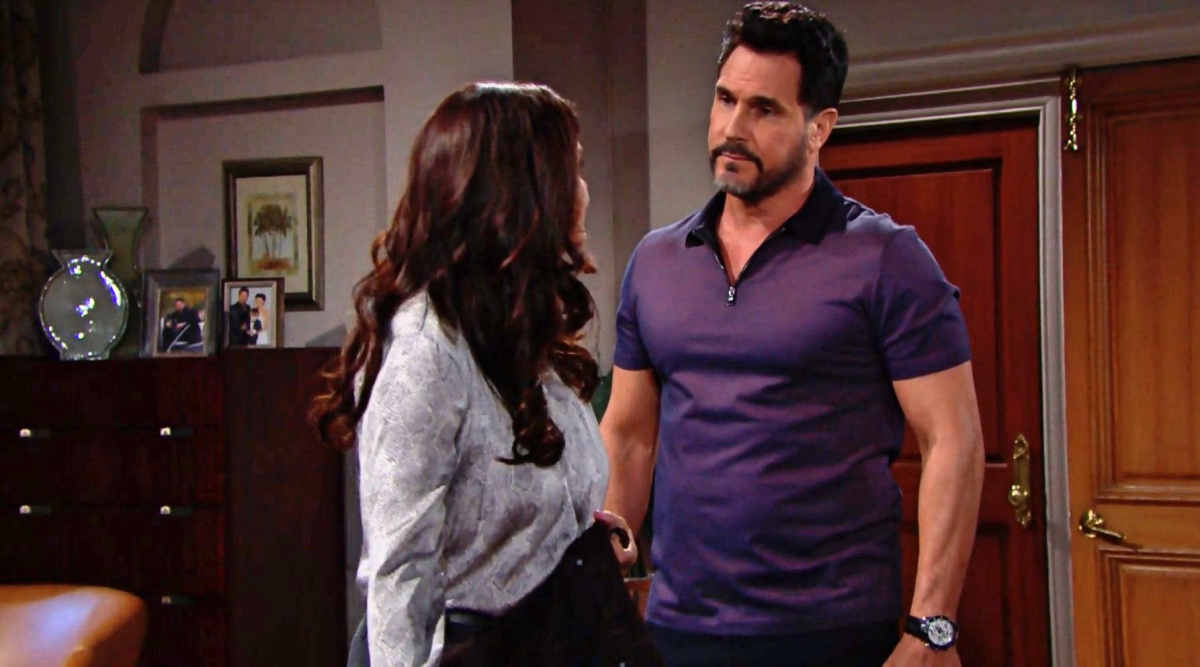 The Bold and the Beautiful (B&B) spoilers update for Wednesday, April 1, teases that Bill Spencer (Don Diamont) will once again try to repair the damage with Katie Logan (Heather Tom). Bill screwed up massively by kissing Brooke Forrester (Katherine Kelly Lang) and getting caught. Now Bill and Katie’s relationship has blown to smithereens, but Bill hasn’t given up on fixing this somehow.

B&B Spoilers: Bill Spencer Will Once Again Try To Repair The Damage With Katie Logan

Katie pushed for time to think, but Bill won’t give her very long. He’ll be right back at it in Wednesday’s episode, so don’t expect any real progress to be made. Bill hasn’t given Katie an opportunity to sort through her feelings. There’s a chance Katie may wash her hands of Bill for good, even after she’s had the space she needs.

Regardless, Bill will back off after another heartfelt plea. He’ll get that Katie isn’t ready to take the leap again, but he’ll promise to fight hard for the “Batie” fam. Bill will want to recapture what he’s lost with Katie and Will Spencer (Finnegan George), but he’ll definitely have his work cut out for him.

Other Bold and the Beautiful spoilers say Ridge Forrester (Thorsten Kaye) will stand by his latest decision. Since Shauna Fulton (Denise Richards) refuses to stay in Los Angeles, Ridge is prepared to join her in Vegas. As they discuss Ridge’s idea, he’ll do his best to shut down any remaining doubts for Shauna. This is just an opportunity to get to know each other better and let sparks fly.

Bold and the Beautiful Spoilers: Brooke Turns To Booze Again, Who Will Be Her Knight In Shining Armor?https://t.co/WNY373LYD4

Bold And The Beautiful Spoilers: Ridge Forrester May Hope That He Can Reel Shauna Fulton In During Their Upcoming Time Together

Ridge may hope that he can reel Shauna in during their upcoming time together. There’s certainly a strong connection between them – one that could grow even stronger now that Brooke Forrester’s (Katherine Kelly Lang) out of the picture. Ridge won’t have anything holding him back, so he can truly explore how he feels about Shauna and she can do the same.

The Bold and the Beautiful spoilers say Ridge and Shauna will indeed head off to Sin City, which will set up some shockers over the next couple weeks. B&B has some wild nights in store for Shauna and Ridge, so we’ll give you updates as other news rolls in.

Are you hoping Ridge and Shauna’s love story plays out for a while? Would you rather see Ridge back with Brooke instead? B&B fans will want to check out all the drama! Don’t forget to pop back in regularly for the hottest Bold and the Beautiful spoilers, news and updates.