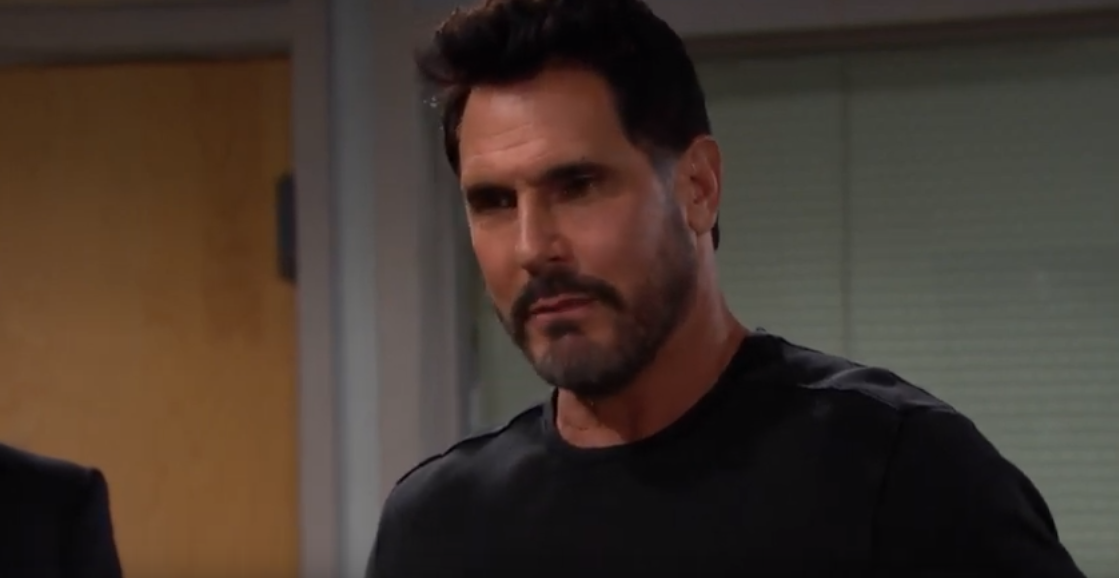 Katie was not only devastated but embarrassed at Ridge Forrester (Thorsten Kaye) and her sister Brooke Logan Forrester’s (Katherine Kelly Lang) reunion party when the video that Shauna Fulton (Denise Richards) had taken and Quinn Forrester (Rena Sofer) had uploaded to a digital photo frame that was a gift from Ridge to Brooke. Viewers of The Bold and The Beautiful will recall that it was a video Shauna took through the blinds of a window of Hope Logan’s (Annika Noelle) cabin, where Bill and Brooke had gotten swept up in a moment and were appearing to be making out, with the implication being that they were having an affair, although they really weren’t. However, Bill has been a notorious womanizer during his time with Katie, and he can’t seem to get Brooke out of his imaginations.

So, since Bill has run around on Katie before, she doesn’t trust him; and she is doubly hurt that he and her own sister could be fooling around with each other! This was not the first time that Bill had cheated with Brooke when he was with Katie, that is what led to their first divorce! Then Bill married Brooke, and he almost fell off a cliff when they went rock climbing, and he decided he wanted Katie back! So they divorced and he went back to Katie, later going back to Brooke, then back to Katie and another remarriage to her, and then back and forth between Brooke and Katie again! After the last divorce, Katie didn’t remarry Bill – they have only been living together! Who can blame her?

Katie Logan Spencer Is Not Falling For That Again!

Bill will plead with Katie for forgiveness and understanding, and to take him back, but Katie is not falling for that again! He has been back and forth between her and Brooke so many times he’s like a yoyo! Bill is a man who is never happy with what (or who) he has, and when he has one woman he decides he wants another woman, and what is really egregious is that he is flitting back and forth between a pair of sisters, and there was a time he dated Donna Logan (Jennifer Gareis) too, but she saw through his womanizing and his inability to stay with a woman long term before he fooled around with another one again. Bill has a long road to hoe before Katie will believe anything he says or promises again, no matter how he begs and pleads! He has simply proven himself to be once a womanizer, always a womanizer, and Katie refuses to fall for his promises, which she considers to be lies, ever again!