‘The Bold and the Beautiful’ Spoilers: Bill’s Admission Was Honest – Katie Has A Choice To Make 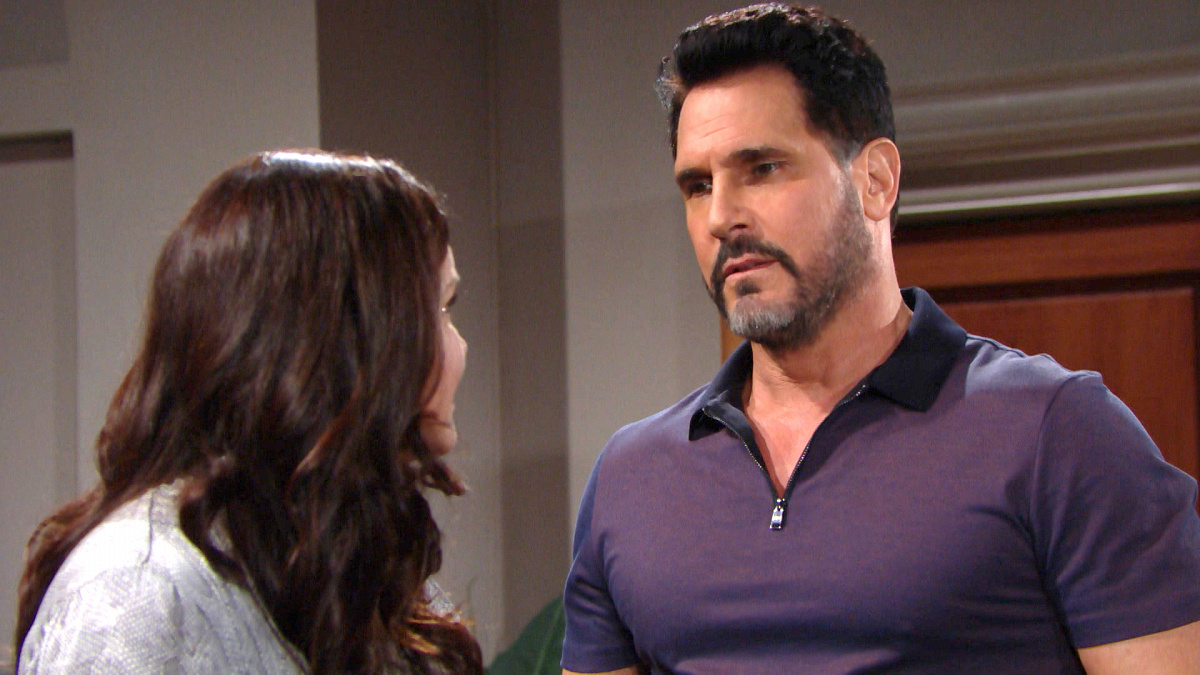 The Bold and the Beautiful spoilers tease that Bill Spencer (Don Diamont) actually was honest with Katie Logan (Heather Tom). He admitted that he was not going to tell her about kissing her sister.

Sure, the above is a paltry point on the board. But Katie must consider if she’ll allow this incident to wreck all the effort that went into restoring her relationship and family with Bill.

It’s easy for any observer to offer unsolicited advice to someone who’s been through as much as Katie has within the last year-plus. It’s also especially challenging when considering how often Bill has broken her heart, including through past indiscretions with Brooke Logan (Katherine Kelly Lang).

The Bold and the Beautiful Spoilers: Dr. Escobar’s Big Mistake – Flo Sees Evidence, But Will Wyatt Believe Her?

Ridge Forrester’s (Thorsten Kaye) reaction to Brooke’s actions are his to have. Bridge is a totally different type of couple than Batie. Viewers know that, but also see that Katie’s similar response is ominous.

The public nature of what’s been learned created a humiliation effect that wouldn’t have existed if Brooke told Ridge what happened before the planned Bridge reunion party. She didn’t, even though Quinn Forrester (Rena Sofer) threatened her before the event. That’s a mistake Brooke deeply regrets.

Bold And The Beautiful Spoilers – Batie’s Situation Is Different

Katie doesn’t have to respond as Ridge has. Her relationship with Bill, while also complicated, includes a young child. Will Spencer (Finnegan George) must be the leading consideration, even considering the serious nature of this reveal.

Bill and Katie seemed unlikely to reconcile in the recent past. But Tom’s character was able to slowly bring herself to forgive all that Diamont’s alter ego did, including his dalliances with Brooke.

Together they rebuilt trust. Bill also stood as Katie’s rock when she faced the shock in needing an immediate kidney transplant. Throwing way Batie’s reclaimed family could be viewed as a decision that’s impulsive as well.

The Bold and the Beautiful Spoilers: Quinn’s Not Done With Brooke Yet – Delivers Another Shocking Blow https://t.co/CvdxBKvVTm pic.twitter.com/XStLRhxXXF

Bill is used to controlling his own destiny. He’s also familiar with creatively fixing the personal mistakes he’s made.

The dynamic in this circumstance is different due to the highly emotional nature of what took place, how the evidence of it was presented to all who witnessed the video, and because of the fallout that’s already resulted.

Batie’s future, both as a couple and a family, is Katie’s decision to make. Bill can only wait, pray, and hope that she finds an exceptional level of fairness in her heart.