The Bold and the Beautiful Spoilers: Dr. Escobar’s Big Mistake – Flo Sees Evidence, But Will Wyatt Believe Her? 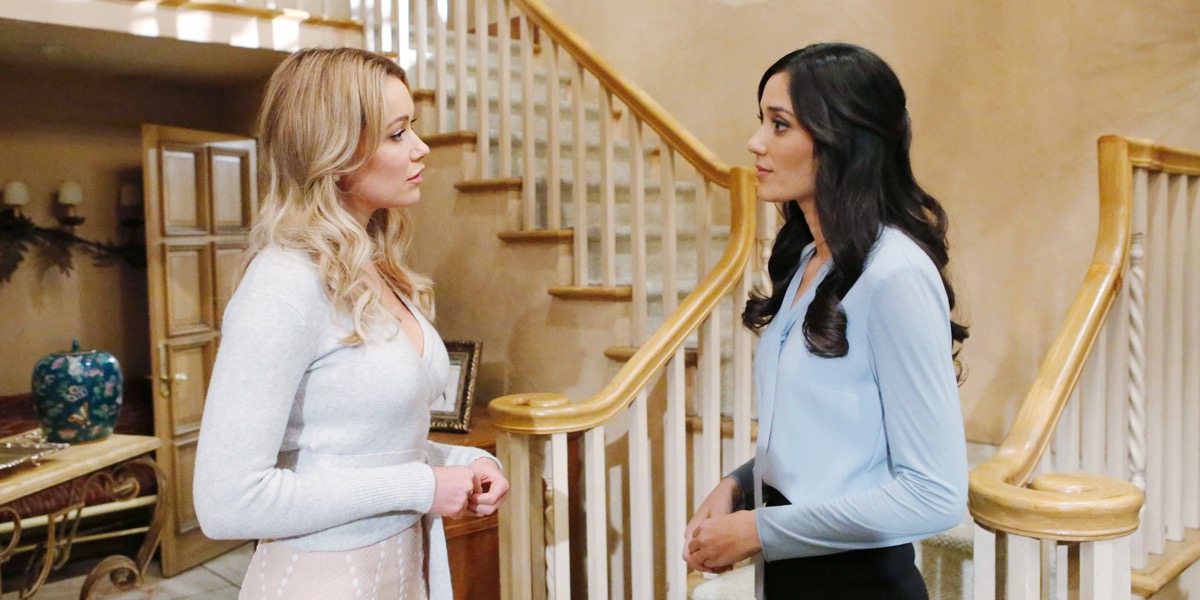 The Bold and the Beautiful spoilers reveal that Flo Fulton (Katrina Bowden) decides to question Dr. Penny Escobar (Monica Ruiz) about Sally Spectra’s (Courtney Hope) condition. As previously speculated, Flo ends up finding a reason to believe that Sally is faking. Not only does Flo suspect it, but Penny makes a huge mistake, which leads to the amateur investigator seeing evidence that its all a sham.

B&B spoilers reveal that Sally isn’t fooling everyone. The one character that is starting to notice that things aren’t making sense is none other than Flo. This could be a real problem for the designer, especially when she starts asking too many questions. This might prompt Sally to take drastic action to be sure that she is believed over Flo.

Flo’s gut feeling is that Sally is making up having a fatal illness. However, it’s a cruel thing to accuse someone of, especially if they really have been diagnosed with a deadly disease. Plus, Sally’s friend, Dr. Escobar diagnosed her and Katie Logan (Heather Tom) was there to witness the diagnosis.

This will lead Flo to search for answers so she can make sense of it all. She would hate to accuse someone of a fake death scheme if they really were dealing with a lethal condition.

The Bold and the Beautiful spoilers reveal that Flo will continue to ask questions and try to connect the dots. This leads her to have a little chat with Dr. Escobar. However, during the discussion, Penny makes a huge mistake and it could end up blowing up Sally’s entire plan before she gets back Wyatt Spencer (Darin Brooks).

The Bold and the Beautiful Spoilers: Quinn’s Not Done With Brooke Yet – Delivers Another Shocking Blow https://t.co/CvdxBKvVTm pic.twitter.com/XStLRhxXXF

The Bold and the Beautiful Spoilers: Seeing the Evidence

There is no clue what Flo sees as far as evidence, but could Penny accidentally leave Sally’s medical file lying around? Perhaps hse leaves the room and that gives Flo a chance to see there is no fatal diagnosis? Or maybe Sally happens to send a text message to Penny and Flo catches sight of it? She also might overhear a telling conversation.

Despite Flo seeing the evidence, she will have to prove it to Wyatt. Sally has him fooled and he would never believe she could be capable of such an outrageous scheme. So, what’s Flo’s next move?

The Bold And The Beautiful (B&B) Spoilers: Disagreement Over Thomas Leads To…

The Bold The Beautiful (B&B) Spoilers: Will Thomas Try To Take Everything From…

The Bold and the Beautiful Spoilers: Steffy’s Bond With Jailed Liam –…