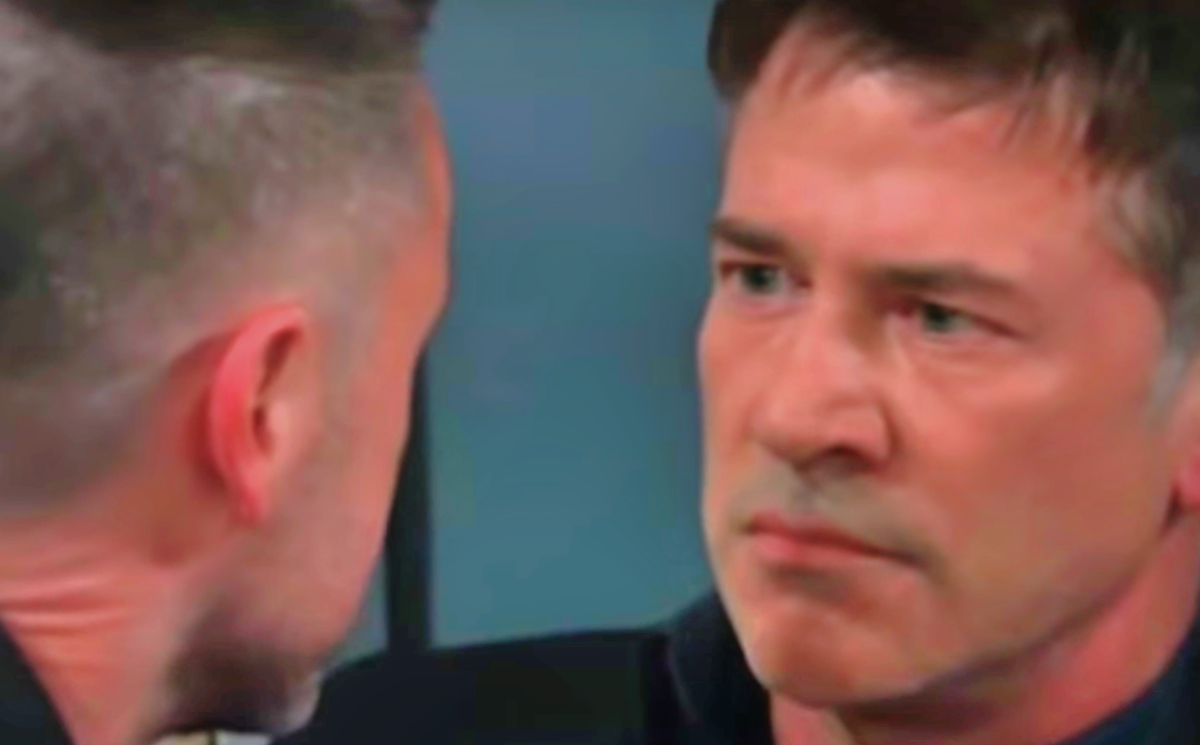 General Hospital (GH) spoilers revealed that Julian Jerome (William deVry) blasted the news that Dr. Neil Byrne (Joe Flanigan) and his ex-wife, Alexis Davis (Nancy Lee Grahn) recently had an affair. As Gh fans know, however, Julian shouted so loudly that he drew the attention of many doctors and nurses at General Hospital.

Neil and Alexis may have believed that they did a good job of hiding their affair from others. However, GH fans know this assumption was crushed when Alexis’s ex-husband Julian discovered that his own lover, Britt Westbourne (Kelly Thiebaud) had seen Alexis and Neil at a hotel in New York. When Britt saw them, Neil and Alexis were in the middle of passionately making out like teenagers. Unlike most teens, however, Neil and Alexis got a room.

Upon finding out that Neil and Alexis went all the way to home base, Julian flipped out. Claiming that he was only protecting Alexis, Julian decided that someone had to teach Neil a lesson. After all, Neil had behaved in an unethical manner! Neil took advantage of Alexis! Julian couldn’t allow that. Off, therefore, Julian went to General Hospital. There, Julian screamed loudly, assaulted Neil, and otherwise made an ass out of himself. Moreover, in the midst of all the shouting, Julian had drawn a crowd.

GH viewers may remember that when Dr. Neil Byrne and Alexis were called before the ethics board in New York, Neil actually wavered. It wasn’t so much that Neil was afraid that he could lose his license to practice psychiatry, as it was he was scared of losing his ability to pursue a relationship with Alexis! Indeed, when pressed on the matter, Neil seemed like he might be willing to give up his entire career for her. The thought of telling the truth of their affair to the ethics board didn’t seem like such a horrible idea to Neil. At least, that’s how Neil behaved at the time.

Now that the secret is out and it’s clear that Neil perjured himself, the good doctor is likely to lose his medical license after all.

GH fans know that Alexis has lied to herself, or at the very least, put herself and her desires last in many situations. Her own daughter accused her of that very thing not long ago. However, just as Neil might be okay with being kicked out of psychiatry as long as he can have Alexis … mightn’t she decide it’s time to simply go with the flow?

Instead of trying to do her best at a crisis management role, trying to mitigate whatever damage Julian may have done to Neil’s career, mightn’t Alexis simply decide that this is actually what she wants? Doesn’t she want to be happy? Doesn’t Alexis desire to have Neil in her life?

Well, don’t GH fans agree that in this entire situation, Julian is a genie who has suddenly handed Neil and Alexis their wish on a silver platter?

At this point, many GH viewers might believe that it would be ludicrous for Alexis and Neil to fight circumstances, and their feelings, any longer. With things as they stand, perhaps everyone will watch as Neil takes up writing history books (he was reading a history book when he first met Alexis) and leaves psychiatry behind.

That might sound boring to some. Yet it could be the most exciting, and most fulfilling thing that’s happened in Alexis and Neil’s lives in quite some time.