The Bold and the Beautiful Spoilers: Bill & Katie Devastated But Quinn & Eric Teeter On Collapse 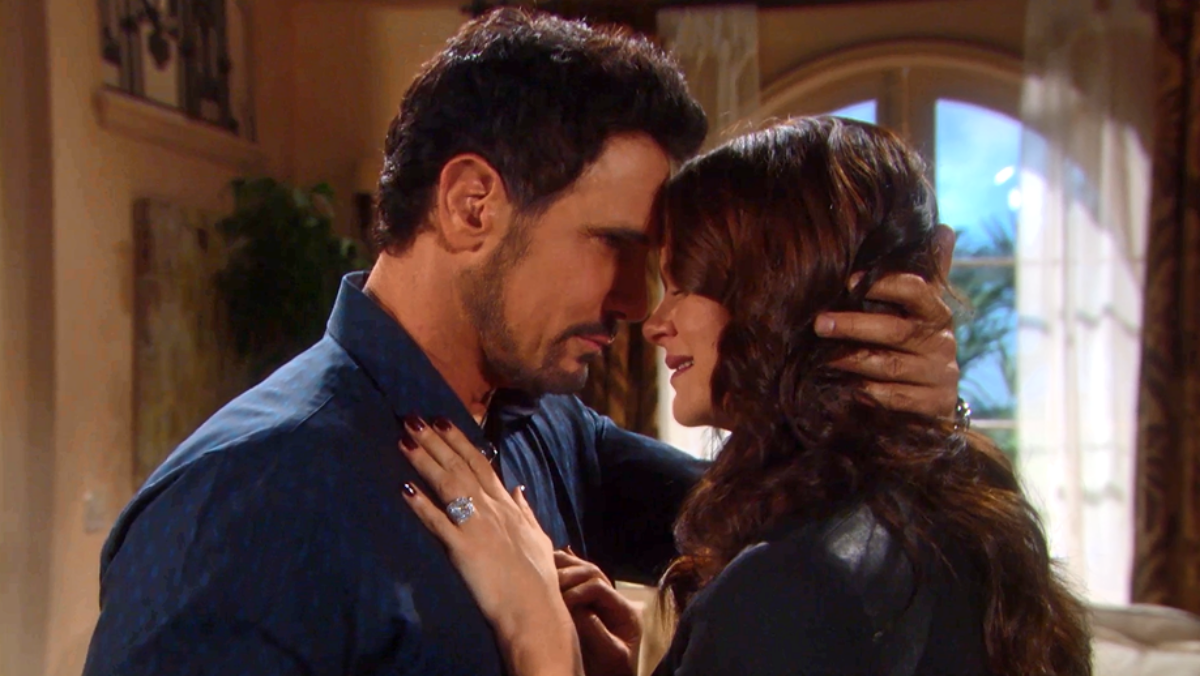 Bill Spencer (Don Diamont) created needless trouble in the current edition of ‘Batie’ on ‘The Bold and the Beautiful’. For now, there’s nothing he can do, but offer his apologies to Will Spencer’s (Finnegan George) mother.

Diamont’s embattled character can also hope that Katie Logan (Heather Tom) possesses and otherworldly ability to overlook Bill’s latest dalliance with Brooke Logan (Katherine Kelly Lang). They weren’t involved and didn’t have an affair. But everyone’s witness of the video, where the many times ‘Brill’ was kissing, is proving to be a devastating indictment on Bill’s trustworthiness.

Meanwhile, Quinn Forrester (Rena Sofer) seemingly has no worries. But the damage that she’s created in her own marriage must be reckoned with, as Eric Forrester (John McCook) is both stunned and deeply disappointed with Quinn’s actions.

Bold And The Beautiful Spoilers – Katie Logan Endured Too Much

Katie was calm after everyone, but she, Brooke and Bill left what was intended as ‘Bridge’s’ reunion party. That was chilling, as it implied that she was resigned to her relationship with Bill being irreparably broken.

Hopefully, the seeming feeling doesn’t prove true because Bill does love Katie and their restored life with Will. But Tom’s character has endured so much in recent years. One wonders if she’s too emotionally exhausted to go any further?

Bold And The Beautiful Spoilers – Bill Spencer Had Earned Respect

Bill famously removed his sword necklace and, for the most part, moved away from the ‘Dollar Bill’ persona. That’s what made his impulse kiss with Brooke so outlandish.

It’s not that both parties haven’t cheated in the past. They have and admitted such mistakes. But this time is different because there was no lead-in to what happened. But the passionate kissing session, captured on digital smartphone file by Shauna Fulton (Denise Richards), happened.

Fallout was rightfully fierce, as the gathered crowd at Brooke’s home was collectively stunned by what happened. What comes next will be Katie’s decision to make.

Quinn is riding on her high horse, seeing herself as a hero in exposing Brooke and Bill. But Eric doesn’t agree at all.

McCook’s character implored his wife, on more than one occasion, to back off Brooke. She didn’t. And, he only knows about stolen and uploaded video so far. If Eric learns about the drink spike, then ‘Queric’ is likely over, as it should be.

Quinn’s openly stated intent is to force Brooke out of the Forrester family. Sofer’s character is also happy to expose Bill’s perceived real self to Katie. But in doing both, Quinn has also revealed to Eric that her dark side still exists, just as Brooke said.