The Bold and the Beautiful Spoilers: Flo Gets Special Delivery – Sally’s New Strategy in Plot to Steal Wyatt 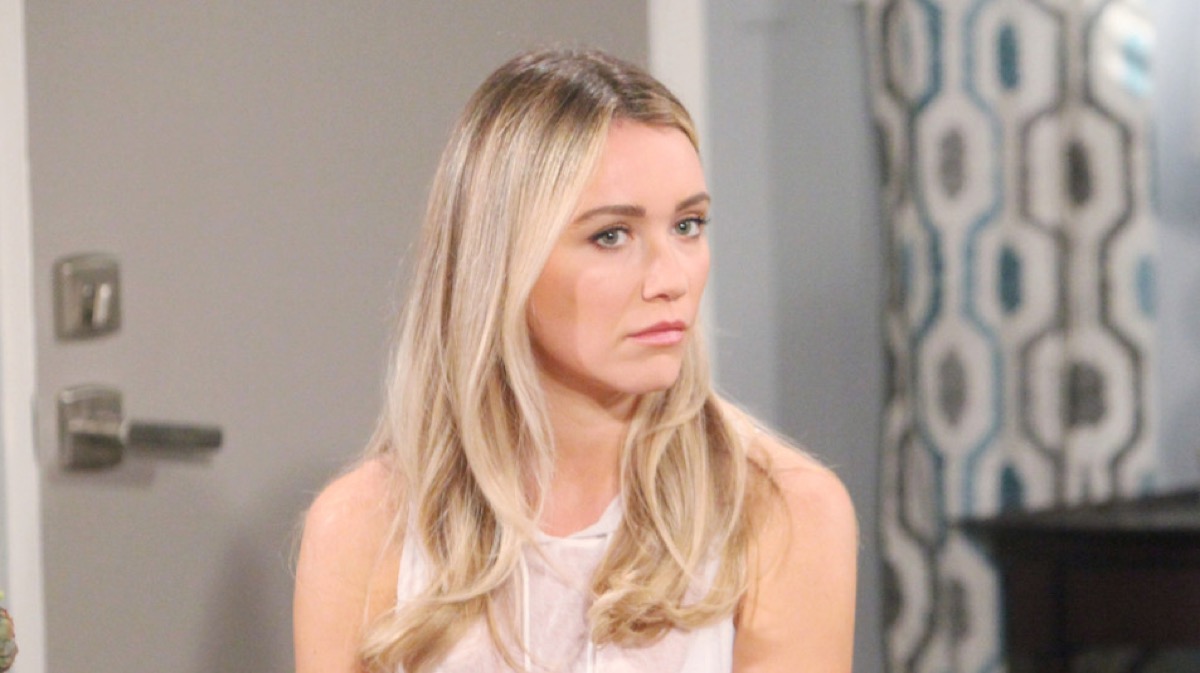 The Bold and the Beautiful (B&B) spoilers tease that Sally Spectra’s (Courtney Hope) upcoming move may backfire. B&B fans know Sally’s pretending to be terminally ill as part of a plot to reel Wyatt Spencer (Darin Brooks) back in. Since Wyatt’s still in love with Flo Fulton (Katrina Bowden), this sneaky plan won’t be all that easy to pull off.

Even so, Sally’s made progress in some ways. Wyatt certainly still cares about Sally and wants to see her through to the end. Of course, Wyatt doesn’t know there’s no end in sight. Sally just intends to drag this out for a while until Wyatt falls hard again and Dr. Penny Escobar (Monica Ruiz) offers up a miraculous cure.

During the week of March 30-April 3, The Bold and the Beautiful spoilers say Sally will overhear a troubling conversation – at least troubling to her. Flo and Wyatt will have what they assume is a private chat, but Sally will lurk nearby and eavesdrop on everything they discuss.

Perhaps Sally will get the sense that Flo’s growing concerned about her motives. Sally may also hear Wyatt gush about his love for Flo. There could be several reasons for Sally to fret about Flo blowing this for her somehow. B&B fans can expect Sally to do some brainstorming and come up with a surprising new strategy. It turns out it’ll involve a special delivery – sent straight to Flo!

The Bold And The Beautiful Spoilers: Bill Threatens Quinn – Vows To Destroy Herhttps://t.co/5c9D1Oa6EK

Bold And The Beautiful Spoilers: Flo Fulton will be taken aback when this gift arrives from Sally Spectra

Flo will be taken aback when this gift arrives from Sally, but will it be a true present or something else? It’s possible Flo will get some flowers or something as Sally pretends she’s appreciative. Sally might try to pull Flo closer as a “friend” to throw off her suspicions. That’s the kind of thing that might backfire if Sally isn’t careful.

However, Sally’s “gift” could also be some veiled act of intimidation. There’s even a chance Sally could have some medical results sent to Flo “by mistake.” Flo may see bogus proof that Sally’s declining rapidly. If Sally wants to satisfy Flo’s concerns, that might be the way to go.