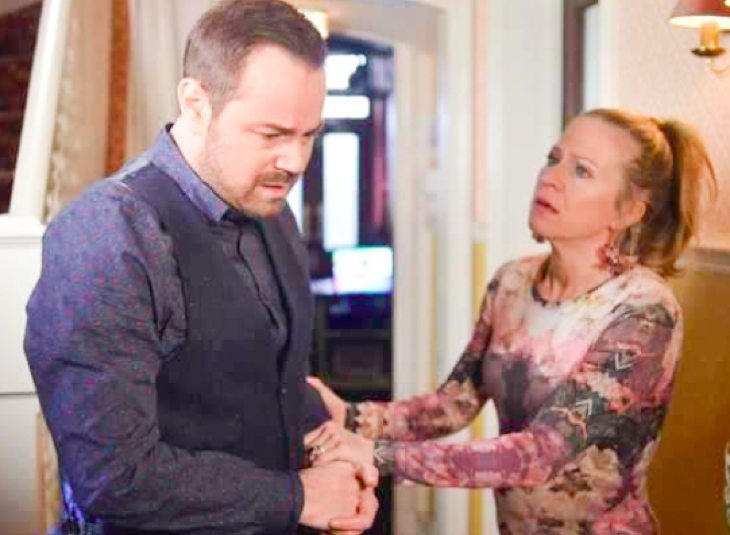 Eastenders spoilers reveal that Michael “Mick” Carter (Danny Dyer) plans on selling The Vic in order to help his wife. However, there is speculation that Linda Carter (Kellie Bright) could blindside her husband and end up breaking his heart in order to “save” his passion. Keep reading to find out what could happen next on the soap opera.

For quite some time, Linda has struggled with an alcohol problem. Despite many promises, she has failed to stay sober. At least, until recently. She was actually showing a lot of promise until the day she helped Sharon Watts (Letitia Dean) with her son’s funeral.

Perhaps the most difficult part of sobriety is learning to cope with triggers and difficult situations. It seems that Linda might not have a handle of how to deal with issues in a healthy way.

Eastenders spoilers reveal that Linda missed a detail at the funeral and Sharon ended up lashing out. Linda was humiliated in front of everyone in attendance. Later, she couldn’t help herself when she came across a bottle of Shirley Carter’s (Linda Henry) vodka.

She took a drink and then got caught by her mother-in-law. She had to confess to relapsing not only to Shirley, but to Mick as well. Everyone is disappointed in Linda and she is consumed with guilt over her lapse in judgment.

After having a long talk, Linda told her husband that she couldn’t work in the bar right now. Then, Mick made the decision to sell The Vic, move his family out of the pub, and get everyone away from the alcohol scene. Most fans would agree that it’s the best move for the entire family.

Breaking a Man’s Heart For the Greater Good?

Eastenders spoilers suggest that despite plans to sell The Vic, Linda might have a chance of heart. According to Express, she might not want Mick to give up his dream career because of her inability to stay sober. Some fans are wondering if she might end up breaking Mick’s heart nad leaving him so he can stay and pursue his dream.

However, will she go through with it? Will he allow her to leave their family? What do you think is going to happen with Mick and Linda during the next few weeks? Fans will have to keep watching to find out how this storyline develops.