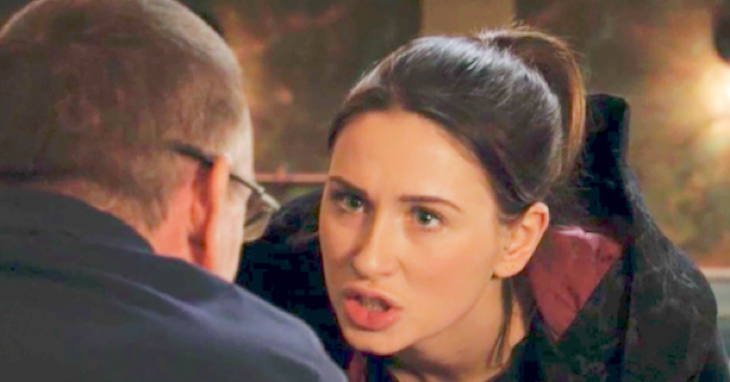 Eastenders spoilers for the week of April 6 reveal there will be threats between Ian Beale (Adam Woodyatt) and Dotty Cotton (Milly Zero). Linda Carter (Kellie Bright) experiences deep regret and another character tries to look ahead Meanwhile, Karen Taylor (Lorraine Stanley) is stunned by a confession. Keep reading to find out what is going to happen in the upcoming week.

It is teased that Ian will destroy the phone and thinks he is free from his nightmare. However, he celebrates too soon. While Dotty is furious about his actions, she is still one step ahead of him. Ian ends up horrified by her next move. Will she finally confess what she knows and expose Ian’s actions the night of Dennis Mitchell’s (formerly Bleu Landau) death?

Eastenders spoilers reveal that after turning himself in, Phil Mitchell (Steve McFadden) sits in a jail cell. He is waiting to be questioned by the police about the boat tragedy that led to Denny’s death. Ben Mitchell (Max Bowden) is shocked to learn about Phil’s sudden decision. He is ready to confess everything, but Ritchie Scott (Sian Webber) stops him.

Linda notices how down Michael “Mick” Carter (Danny Dyer) is when a realtor values The Vic. Linda tells him that she doesn’t think it’s best for her to work at the bar. Then, someone puts things into perspective and that is when Mick decides that he is right, selling The Vic is the best course of action for their entire family.

Eastenders spoilers reveal that Chantelle Atkins (Jessica Plummer) will concentrate on her new job with the Panesar family. However, will someone find out what Gray Atkins (Toby-Alexander Smith) has been doing to her? At some point, the abuse secret is going to come out and Gray will have to pay the price.

After finding out that Ian has offered Karen money to move away with Sharon Watt’s (Letitia Dean) baby, Mitchell “Mitch” Baker (Roger Griffiths) comes up with a plan. He suggests that he and Bailey Baker (Kara-Leah Fernandes) move with them. However, this might not still well with Karen’s new squeeze. Then, Mitch delivers another shocking blow when he makes a confession.

Which storyline are you looking forward to the most? Do you have any predictions on what will happen with these characters in the upcoming week?