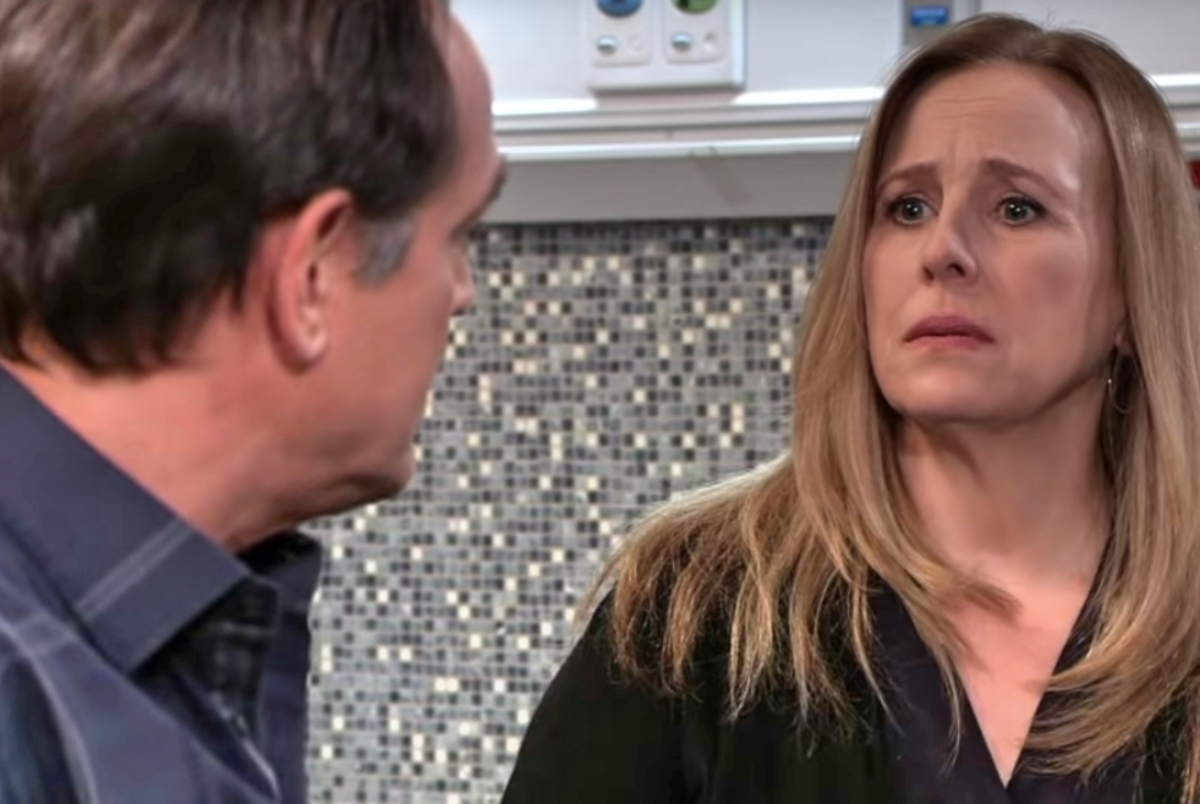 General Hospital (GH) spoilers tease that Cyrus Renault (Jeff Kober) is one of the most dangerous men to come to Port Charles in a very long time. But one thing Cyrus isn’t is crazy, and that makes Mayor Laura Collins (Genie Francis) and her husband, Kevin Collins’ (Jon Lindstrom) plan so risky.

Laura is desperate to keep Renault off the streets. He’s currently in Pentonville, but thanks to Jordan Ashford (Brianna Nicole Henry) and Sonny Corinthos (Maurice Bernard), Renault’s sentence is about to be overturned.

GH Spoilers: Laura Collins Has No Idea That Sonny Corinthos And Jordan Ashford Have A Plan Of Their Own

Jordan and Sonny plan to get Renault released so that he will free TJ Ashford (Tajh Bellow), Jordan’s kidnapped son, and then Sonny can have Jason Morgan (Steve Burton) take Renault out. Laura is oblivious to Jordan’s plight, so her goal is to keep Cyrus imprisoned until a new case against him can be made. But if Laura stands in the way of Cyrus going free, he’s likely going to target both Laura and Kevin.

Cyrus has already proven that he doesn’t care who he hurts in order to get what he wants. He’s already kidnapped Trina Robinson (Sydney Mikayla) and Cameron Webber (William Lipton), as well as TJ. It makes no difference to Renault who gets hurt as long as he gets what he wants. He could possibly target Laura’s family, including Lulu Spencer (Emme Rylan) or Nikolas Cassadine (Marcus Coloma) or one of their kids. Even Elizabeth Webber (Rebecca Herbst) and her family could face danger if Cyrus goes after Laura’s family.

Renault may decide to take a more direct approach with Laura. If he removes Laura and Kevin directly, then he removes any impediment to his freedom. If so, Laura and Kevin may soon face Renault’s men. But can they find a way to survive? Danger seems to be everywhere in Port Charles right now!

Will Laura get Renault locked away at Ferncliffe? Will this put TJ in more danger? Can Sonny and Jason save the day before it’s too late? Or will Laura be able to save the city? Only time will tell, so stay tuned to General Hospital airing weekdays on ABC. And don’t forget to check back here regularly for all your General Hospital news, information and spoilers!