General Hospital Spoilers: Will Charlotte’s Mean Streak Lead To Someone Getting Hurt? 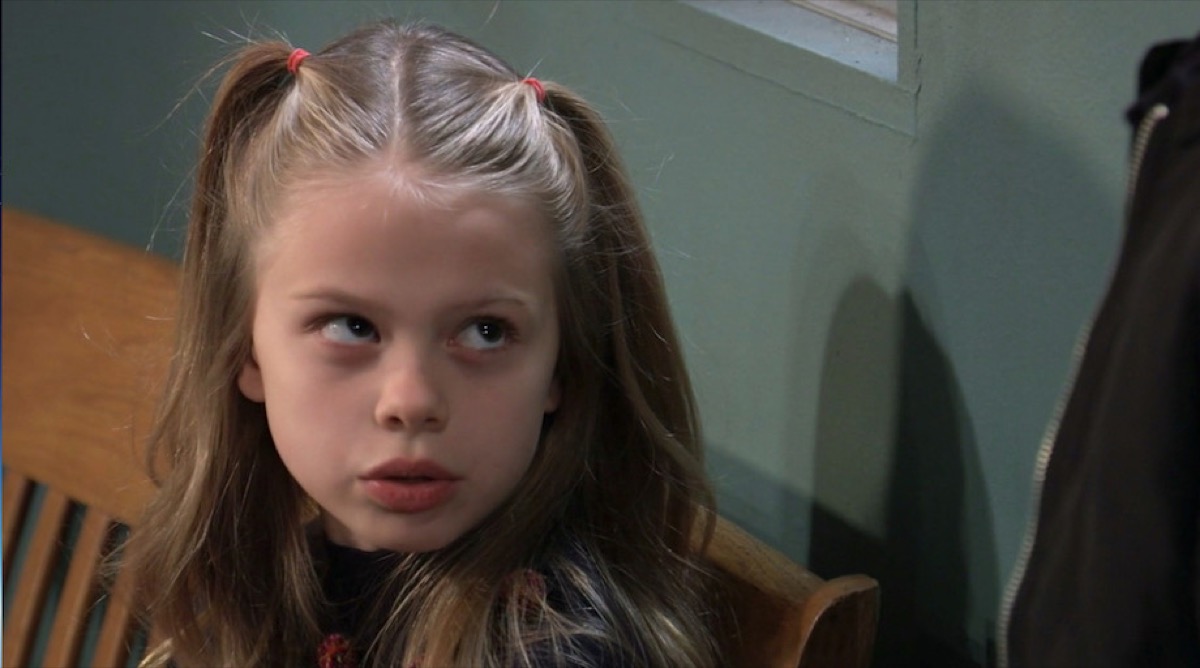 he has defaced the pictures of both Sasha Gilmore (Sofia Mattsson) and Ava Jerome (Maura West) and most recently she caused Jasper “Jax” Jacks (Ingo Rademacher) to trip over her back pack, leading to fall flat on his face! Is she just acting out, or will someone get hurt by one of Charlotte’s stunts?

GH Spoilers: The Apple Doesn’t Fall Far From The Tree

The truth is, both of Charlotte’s parents have a mean streak, and like to take revenge on people they feel have wronged them. Her mother, Lulu Spencer (Emme Rylan), recently had a very public brawl with her rival, Brook Lynn Quartermaine (Amanda Setton). This occurred at the Metro Court and was recorded.

It seems quite likely that Charlotte hay have seen what her mother did. Lulu and Brook Lynn did quite a bit of damage to each other, and to other customers, as well as to the restaurant itself. And her father, Valentin Cassadine (James Patrick Stuart), is another story.

General Hospital Spoilers: Revenge Is The Name Of The Game!

The whole reason Valentin is trying to take over ELQ started with a plan to get revenge on Michael Corinthos (Chad Duell). Michael got involved with Sasha and threatened Valentin over the whole impersonation scheme that Valentin orchestrated to have Sasha impersonate Nina Reeves’ (Cynthia Watros) daughter.

This isn’t the first time that Charlotte has acted out. While attending elementary school, she relentlessly bullied Aiden Webber (Jason David). Her teacher, Willow Tait (Katelyn McMullen), called her out on it. While Lulu took is seriously, Valentin did not. She eventually saw the error of her ways, but it’s clear the little girl still has a mean streak. This isn’t behavior just out of the blue. She learned it from her parents. This was surely not either Lulu or Valentin’s intent, but actions speak louder than words.

GH Spoilers: Will Charlotte Cassadine Do Real Harm To Someone?

At this point, Charlotte’s antics have been mostly minor, but how long will that last. Could he actually try to do real harm to someone. Should Sasha, Ava or Jax be worried? Hopefully Lulu and Valentin will recognize there is a problem and address it before it’s too late!

Are Charlotte’s pranks mostly harmless? Or will someone get hurt? Will Lulu and Valentin take responsibility for teaching Charlotte that it’s ok to seek revenge? Only time will tell, so stay tuned to General Hospital airing weekdays on ABC. And don’t forget to check back here regularly for all your General Hospital news, information and spoilers!