The Bold and the Beautiful Spoilers: Wyatt Is Still In Love With Flo – But Incredibly Duped By Sally 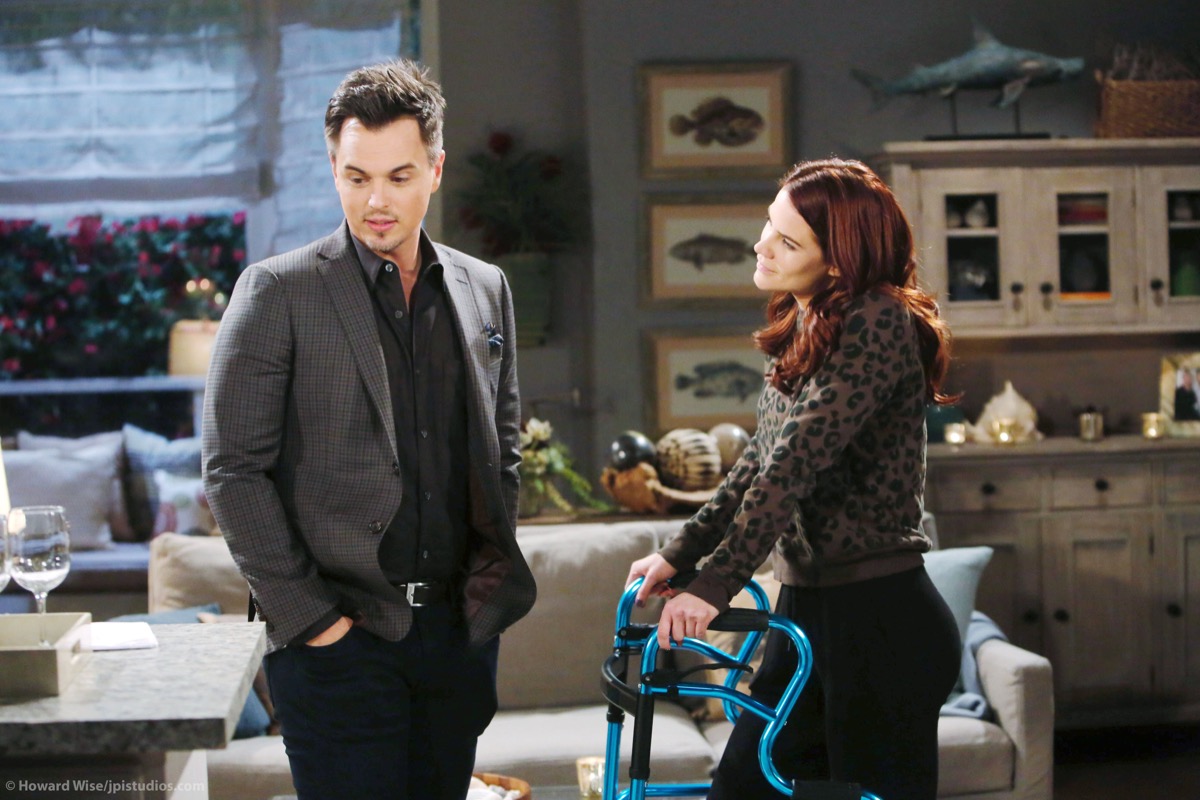 Wyatt Spencer (Darin Brooks) is genuinely concerned on ‘The Bold and the Beautiful’. He believes what Sally Spectra (Courtney Hope) appeared to admit in front of Doctor Penny Escobar (Monica Ruiz) at his home.

The perception that Sally only has weeks to live drove Wyatt to create a ruse of his own, though he and Flo Fulton (Katrina Bowden) were acting out of compassion when developing their breakup plan. The true intention was to help Sally by Wally appearing to reconcile with her during what is thought to be the final pages in the last chapter of her life.

But the dime store novel thriller Sally is writing in her head is based on a romanticized vision of the past. She thinks that ‘Wally’ represents a far greater relationship for Wyatt than what he’s recently revived with Flo and it’s not.

B&B was beginning to weave two characters into the story when Flo arrived in Los Angeles, California, last summer. Bowden’s was the first, with her mother, Shauna Fulton (Denise Richards), was the other. Together, they helped to expand Wyatt and his mother’s, Quinn Forrester (Rena Sofer), backstories and to carve their own niches.

As viewers have learned, Wyatt and Flo’s connection formed when they were in high school in Las Vegas, Nevada. Quinn eventually needed to bolt with Wyatt, due to her involvement in shady business dealings. They settled in LA and fans know the rest.

Bold And The Beautiful Spoilers – Wally Was Good, But Not Solid

‘Wally’ wouldn’t have dissolved twice if it was the real deal. But that happened because Wyatt’s pull toward Flo was overwhelming. The more intense feelings he had for his former high school sweetheart revealed that she was his soul mate, not Sally. That’s why Wyatt was so quick to cut Sally out of his life in the first break.

Wyatt ended ‘Wally’ after learning that Sally kept Thomas Forrester’s (Matthew Atkinson) plan to breakup ‘Lope’ to herself. That was hardly an egregious act.

Later, Wally also ended the ‘Wally’ sequel. He opted to do that based purely on his realization that Flo was the woman he loved.

Bold And The Beautiful Spoilers – Sally Spectra Sabotaging Herself

This can’t end well for Sally. Assuming that her lie is eventually exposed, Wyatt will rightfully feel betrayed. Even if Sally has managed to achieve a permanent tie to him at some plot point, by having his child, for example, then she’d still be living in vilified territory.

So, Sally’s desperate attempt to trap Wyatt in a relationship feels likely to box in Hope’s dynamic character. While this plot line doesn’t bode well for Sally, it surely makes for solid soap.